“I could barely carry my books. The doctors kept saying it was the flu. Finally someone at the ER listened to my heart.” - Mandy Corbin

Mindy Corbin had the same hopes for her future that many women have. Earn an education. Marry the man of her dreams. Raise a beautiful family.

But when you’ve undergone not just one but two heart transplants before you’ve turned 30, those goals start to seem impossible. Mindy, though, is not one to give up so easily. Through faith, determination, and a strong partnership with Saint Luke’s, she received the most precious gifts of all—her daughters.

When Mindy was a high school senior living in California, she noticed that walking around campus always left her exhausted.

“I could barely carry my books,” she says. “The doctors kept saying it was the flu. Finally someone at the ER listened to my heart.”

A cardiologist diagnosed her with cardiomyopathy, a disease of the heart muscle that makes it difficult to pump blood throughout the body. She was immediately admitted to the hospital. Somber doctors told her she had one month to live and submitted her name for a heart transplant.

Just two days later, they returned to tell Mindy she’d be getting a new heart.

The transplant saved her life, but her health problems weren’t over. Her 18-year-old body didn’t fully accept her new heart. Her condition had been so grave that her doctors opted for the first available donor heart. It wasn’t the ideal match and had a leaky valve, but at the time it was her best option.

After her transplant, Mindy took 20 medications a day, including sleeping pills and pain drugs that she worried would become addicting. When her name was called at her high school graduation, she crossed the stage in a wheelchair to accept her diploma. For several long years, Mindy weighed less than 100 pounds and needed help with simple tasks like dressing and bathing.

“It’s hard to come back from almost dying,” she says.

Eight years later, Mindy developed blocked arteries in her transplanted heart. A second transplant was once again her best option for a healthy future. This time, there were fewer complications.

Personally, Mindy’s life was looking up, too. She met and married her husband, Matt. They moved to Lee’s Summit, Missouri, to be closer to his family. She found Saint Luke’s Mid America Heart Institute and its cardiovascular experts to take over her care. The couple started thinking about starting a family of their own.

Mindy’s doctors in California had cautioned her that a pregnancy could be life-threatening, but she asked her new physicians for a second opinion.

What she received was hope.

“Our main concern was that pregnancy could alter her immune system and cause rejection that could damage her heart,” says Anthony Magalski, MD, a cardiologist at the Heart Institute who treated Mindy. “But we have the infrastructure and experience to take on challenging cases and deliver successful outcomes for high-risk patients like Mindy.”

Mindy’s heart team helped her transition to a new anti-rejection medication that wouldn’t harm a developing fetus. They monitored her heart closely to make sure it was as healthy as it could be. Three months later, she was pregnant.

After years of praying for a child, Mindy was thrilled. She also knew her pregnancy was a big risk. The team at the Heart Institute worked in concert with her obstetrician at Saint Luke’s Maternal Fetal Medicine Program to ensure everyone was kept up to speed on blood tests, ultrasounds, and echocardiograms used to monitor the health of both mom and baby.

“We were so nervous and anxious,” Mindy says. “I couldn’t believe it was finally going to happen.”

On Nov. 22, 2013, Mikayla Corbin arrived via a planned cesarean. The pregnancy and delivery had gone so smoothly that Mindy and Matt began to hope for a second child.

“It is exceptionally rare to have a woman with two heart transplants have two children,” says Dr. Magalski. “But we already had a successful track record, so we made sure her heart was still as healthy as it could be and used the same game plan as with the first pregnancy.”

Madelyn Corbin was born March 9, 2017. Both mom and baby were safe and healthy.

Today, the Corbin family is thriving. Mindy wants nothing more than to watch her young daughters grow up—something she never thought she’d get to experience.

“I am so grateful to Saint Luke’s for helping my dreams come true,” she says. “To be a mom is something I always wanted but wasn’t sure I’d ever be able to have. I’m very blessed to have these girls.” 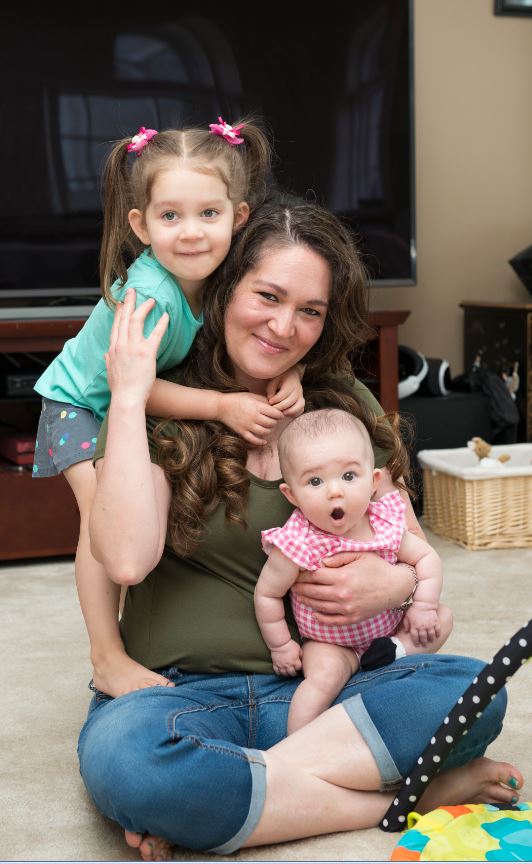 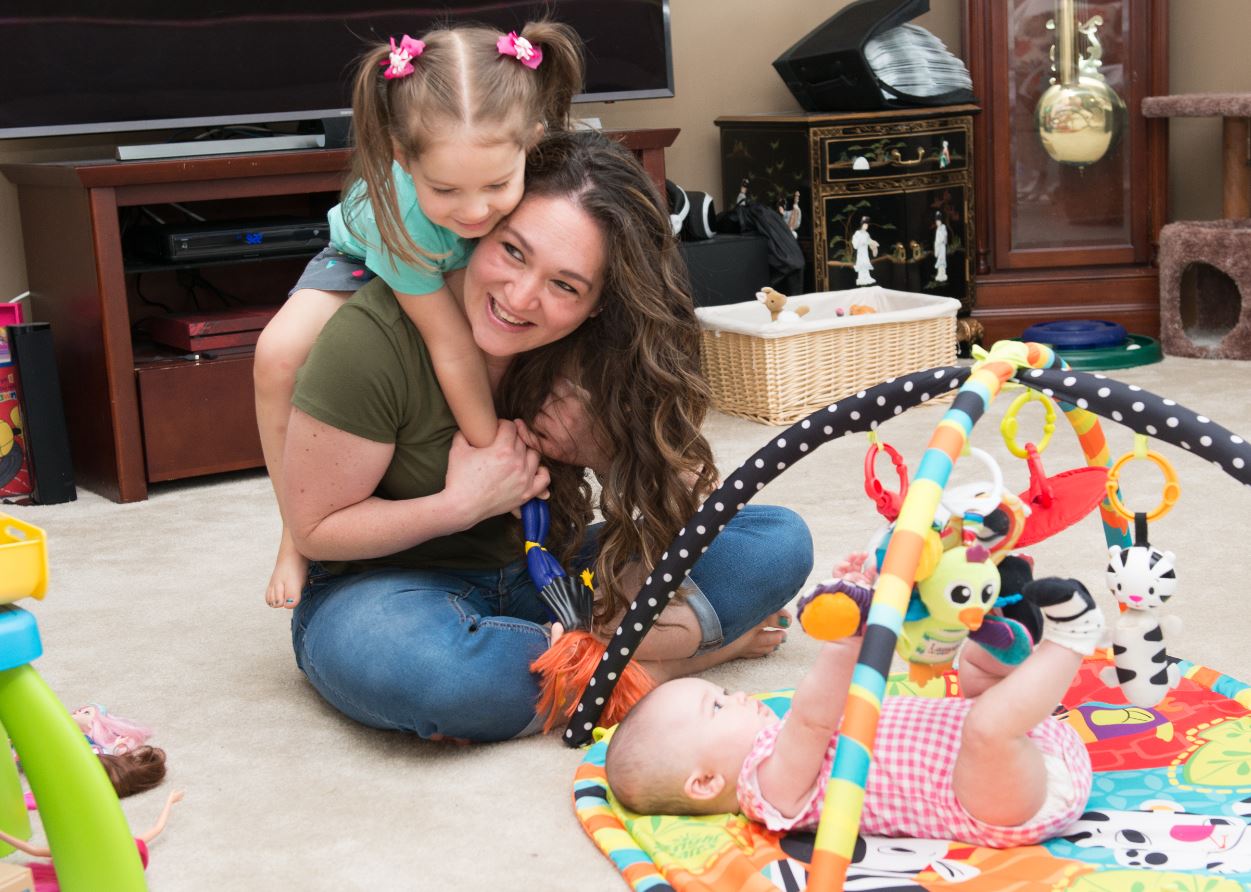 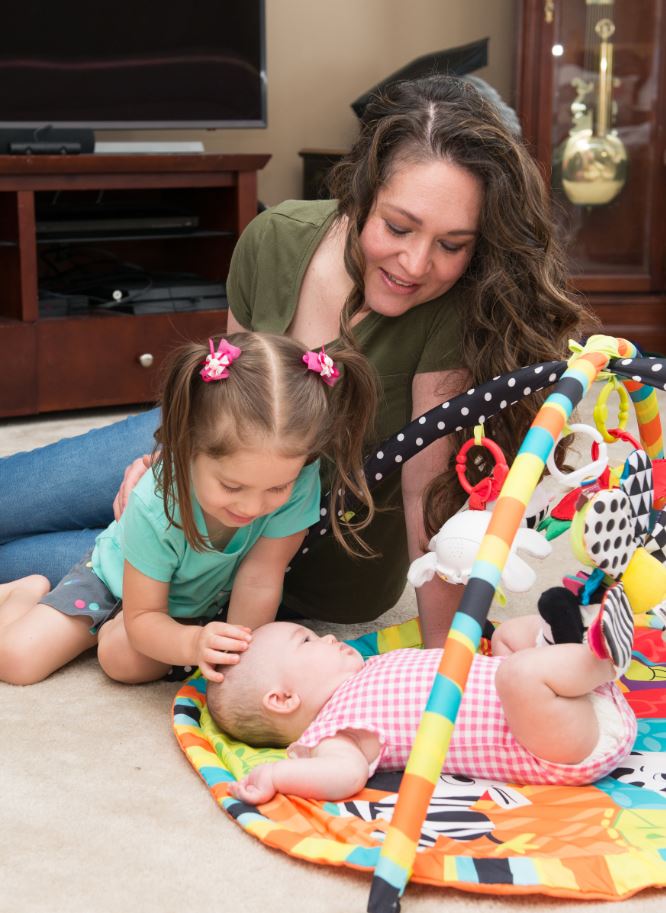