Pregnant Mother with COVID-19 Wins Fight for Her Life, Goes Home with Baby after 52 Days in the Hospital

“I had a very low chance of living—people called it a miracle that I beat it and survived.” -Laura Steeves

His mother is hooked up to a ventilator along with various tubes and wires as she lies on a hospital bed in a medically induced coma.  It’s a snapshot taken from the hospital worth a thousand words.

Just days before the photo was taken, Laura Steeves was at home 32-weeks pregnant with her two young children.

Her husband, Andrew, recently returned home to Whiteman Airforce Base from active duty in Afghanistan. He was self-quarantining post-travel in a nearby hotel out of caution, when his wife called asking for his help.

“She called and said, ‘I’m not feeling well, I think you may have to come out of quarantine and come home to help me with the kids,’” Andrew said. “My wife is a very strong-willed person, and she doesn’t ask for help unless she really needs it.”

When he got home, Laura had a fever and a cough. They called her obstetrician who ordered a test for COVID-19.

The next day, the results came back positive and Laura’s condition was getting worse. Andrew took her to the Emergency Department at Saint Luke’s East Hospital in Lee’s Summit.

“We weren’t expecting it to be a long-term visit when we went in,” Andrew said. “Neither one of us realized just how bad it had gotten.”

The medical team evaluated Laura and transferred her to Saint Luke’s Hospital of Kansas City where she was soon admitted to the Intensive Care Unit. She continued to get worse and was struggling to breathe on her own without more and more advanced oxygen support.

With growing concern for the baby, Dr. Michelle Haines, a critical care physician, called in Dr. Karen Florio, with Saint Luke’s Maternal-Fetal Medicine Specialists. Although it was eight weeks before Laura’s due date, they agreed inducing labor would give Laura and her baby the best chance for survival.

“It felt a bit like walking into a minefield—we couldn’t make a wrong move,” Dr. Haines said. “We had to get it right, and I’m so glad we made that call.”

Later that night, Laura delivered a healthy baby boy named Logan as her husband joined via video call. The newborn stayed in the hospital’s Neonatal Intensive Care Unit with the team specially trained to care for premature infants.

The next morning, Laura started to get dramatically worse. Her oxygen levels were dangerously low.

Dr. Haines and the team sedated her and put her on a ventilator to help her breathe. She remained on the machine week after week.

Physicians, nurses, respiratory therapists, and others from a wide range of specialties all worked perfectly in sync on Laura’s case, as well as other COVID patients.

“You can’t imagine how many people were praying for her,” Dr. Haines said. “She affected everybody. Every patient is important, but there was something about her having a newborn baby, and we just needed to get her better. We all thought about her day and night.”

One day, Andrew got a call from the hospital. His wife wasn’t doing well—he needed to come and see her right away. He was given a special exemption to visit Laura after testing negative for the virus and following proper protocol.

“I’ll be honest, it was really, really difficult,” Andrew said. “I felt it at home knowing she wasn’t doing well, but it was different seeing her in person unresponsive and on a ventilator. I’m a very optimistic person, but when you get bad news from the doctor it was hard to stay positive.”

Despite getting sicker and showing no progress, the team never gave up fighting for Laura. The team tried different experimental therapies for the new virus that were showing promising results in other COVID patients.

Then, Laura started to slowly improve. She tested negative for the virus and needed less oxygen support little by little.

After 38 days, Laura was strong enough to be taken off the ventilator.

“Waking up and feeling something in my neck, that trach in my throat, and not being able to speak—I just remember thinking, ‘what happened to me,’” Laura said.

Her husband explained everything over the phone.

After a short time, she was able to talk with a speaking valve and move around—an impressive feat after being on the ventilator for so long. It appeared that she would not have any long-term damage from the devastating virus.

She stayed in the hospital as she worked to gain back some strength and started rehab with physical and occupational therapists.

On day 52, Laura was finally ready to go home. Best of all, her baby Logan was cleared to be discharged from the hospital on the same day.

Dozens of nurses, doctors, and others from her care team lined the hallways cheering with wide smiles behind their masks. Some held congratulatory signs, while others wiped away happy tears, as she was rolled out in a wheelchair with her baby on her lap.

Dr. Haines was one of the many cheering in her farewell parade.

“I was overjoyed. It was everything I had hope for, that we had all prayed for,” she said choking up. “Mission accomplished. I made her a promise that I would get her through this, and I’m so glad I was able to honor that commitment.”

“People called me a miracle the way I beat it and survived,” Laura said. “It was just a feeling of joy and being glad I was alive.”

Saint Luke’s is one of the best places I’ve ever been. I just want to thank all the staff for everything they did for me. They never gave up on me.” 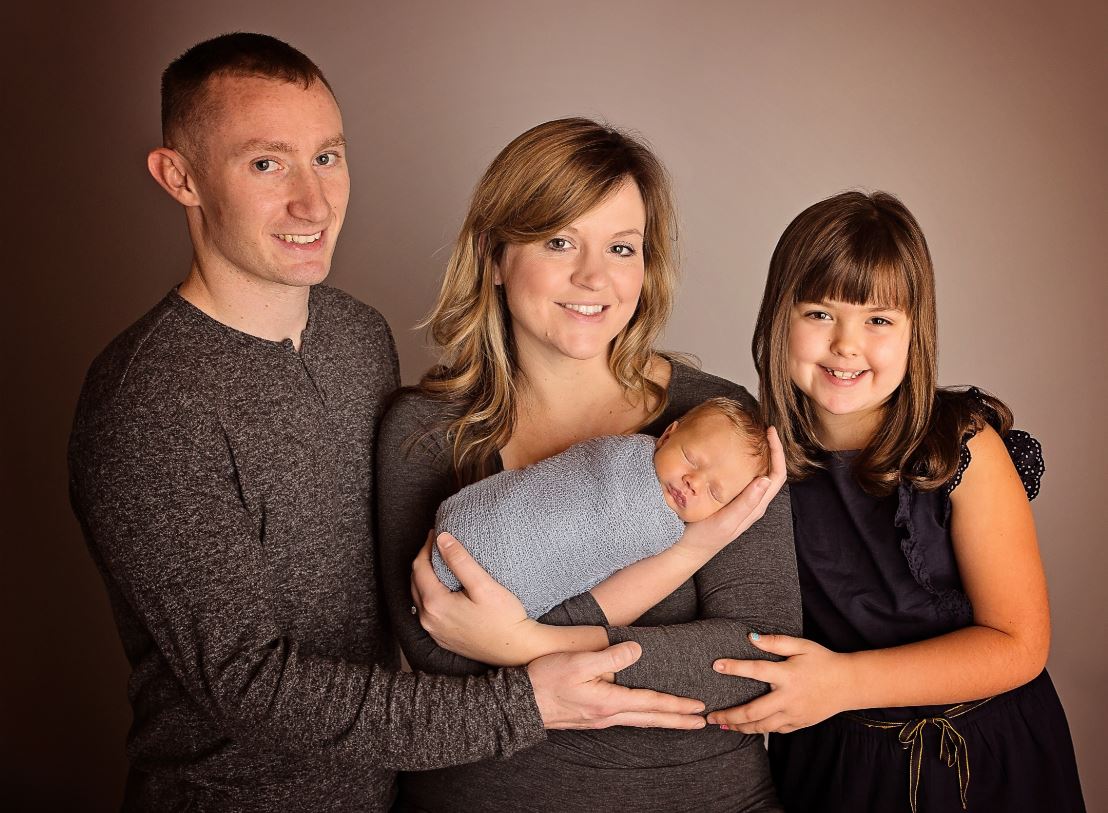 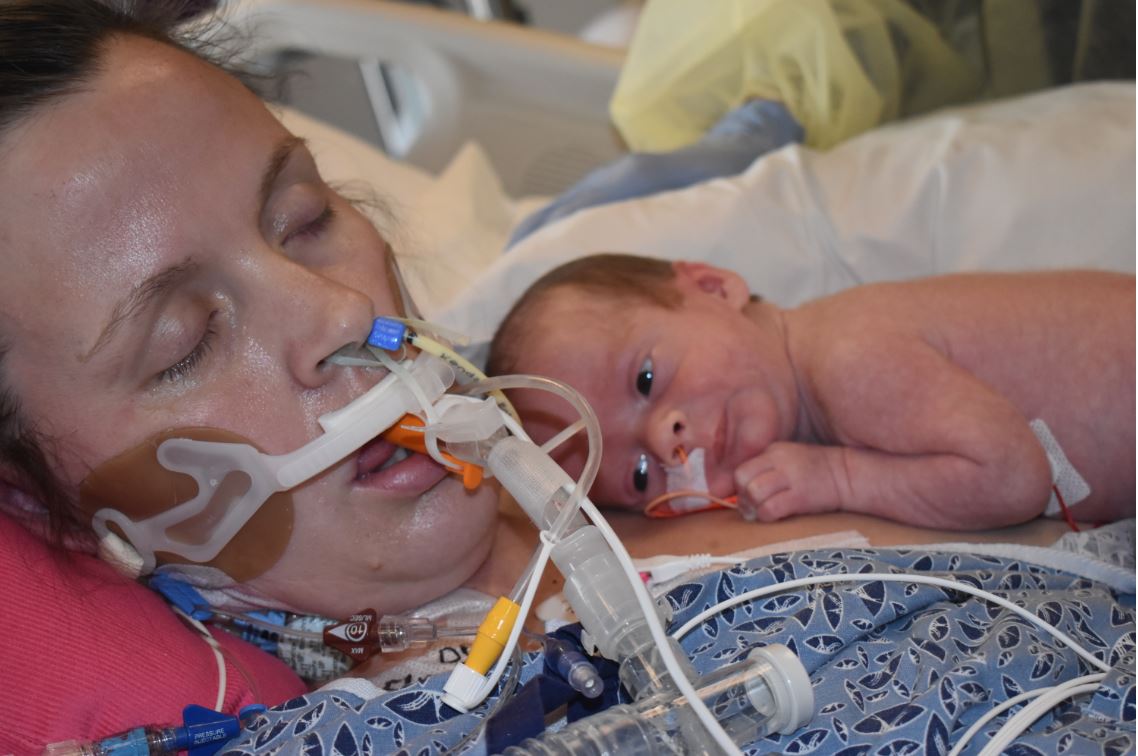 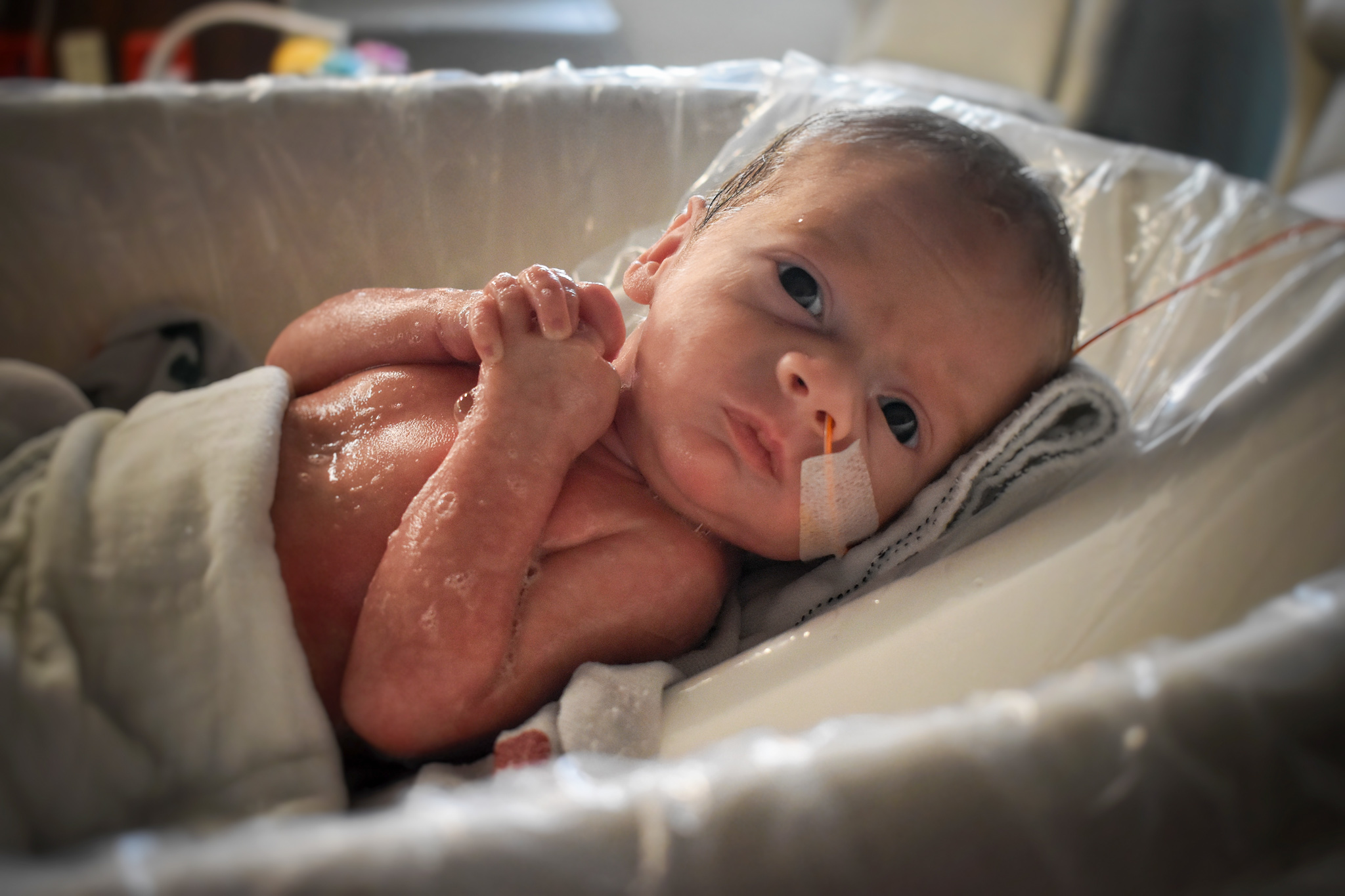 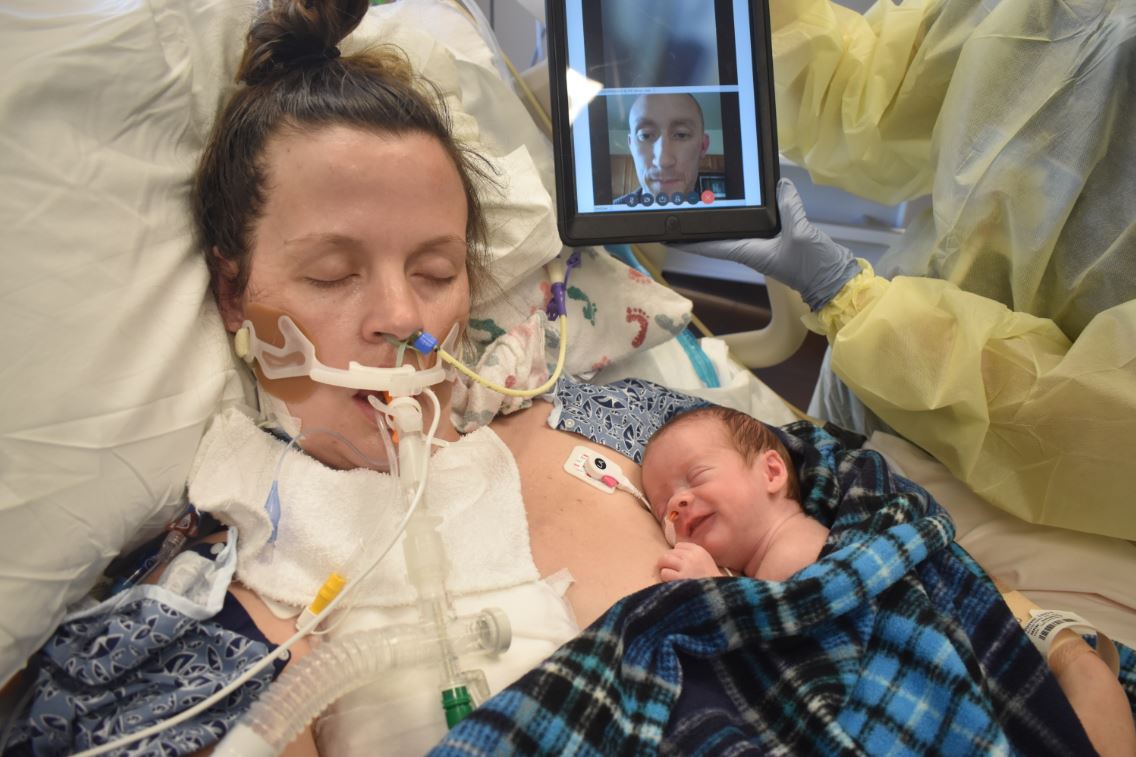 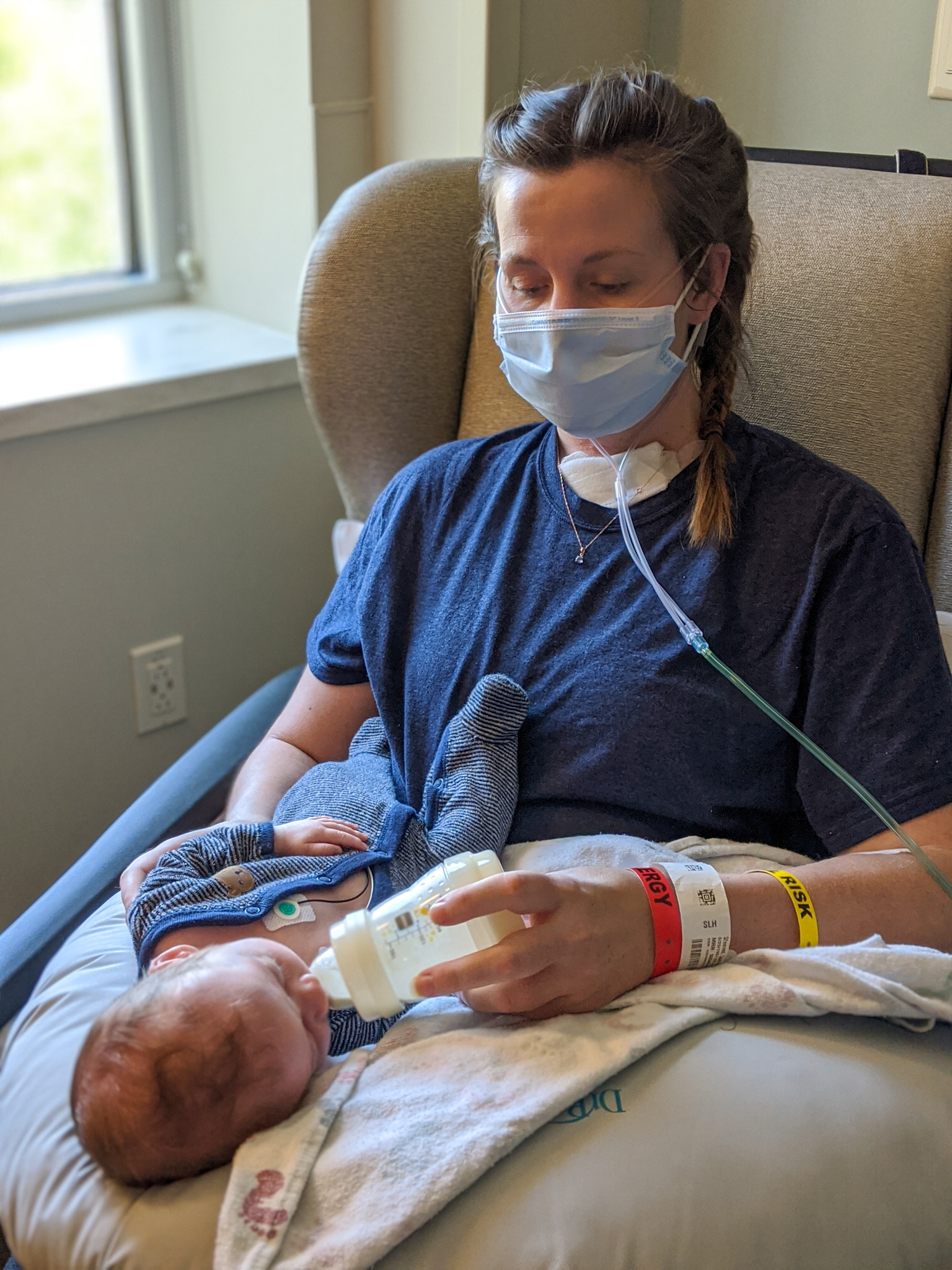 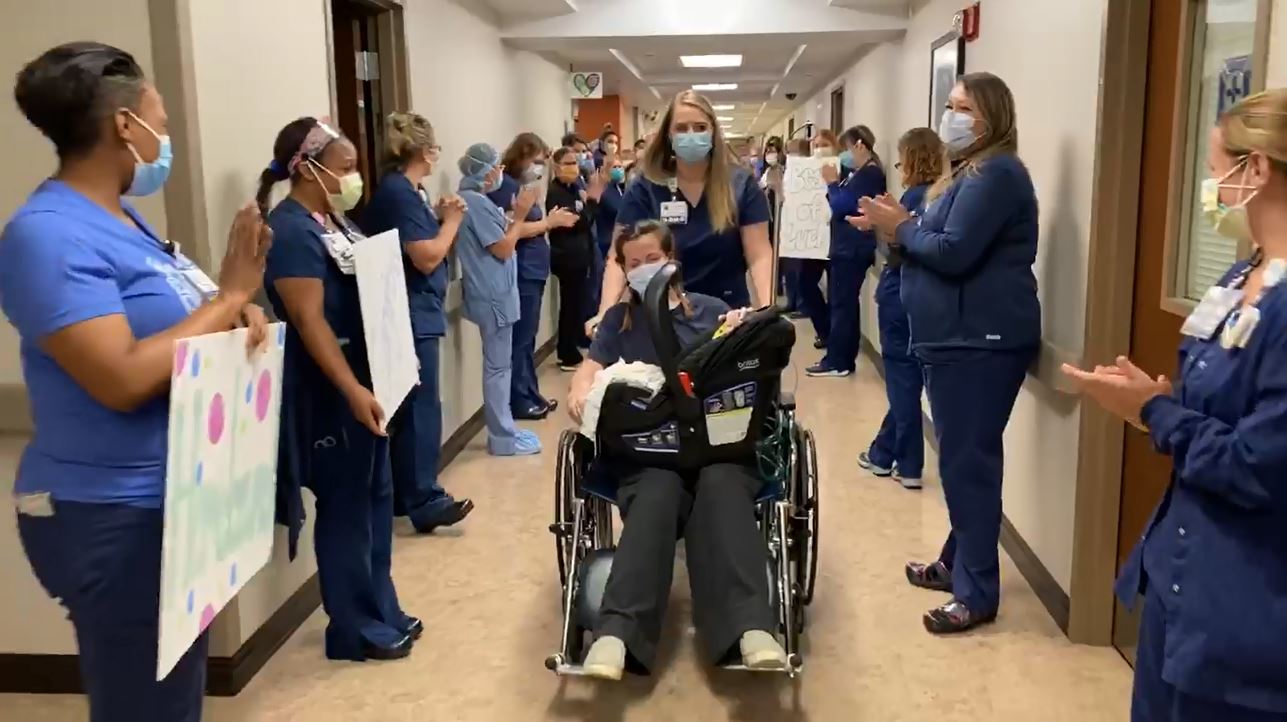 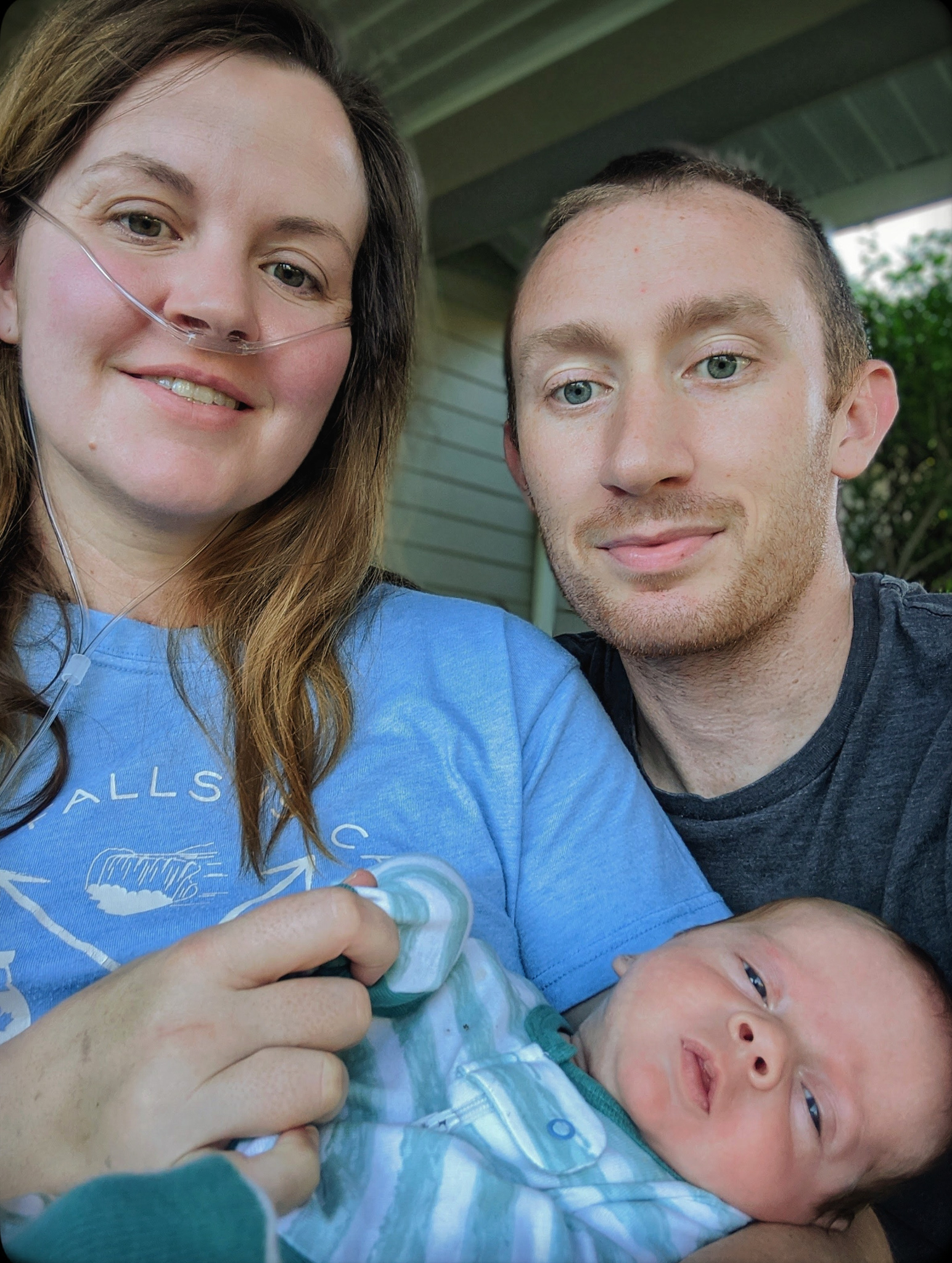 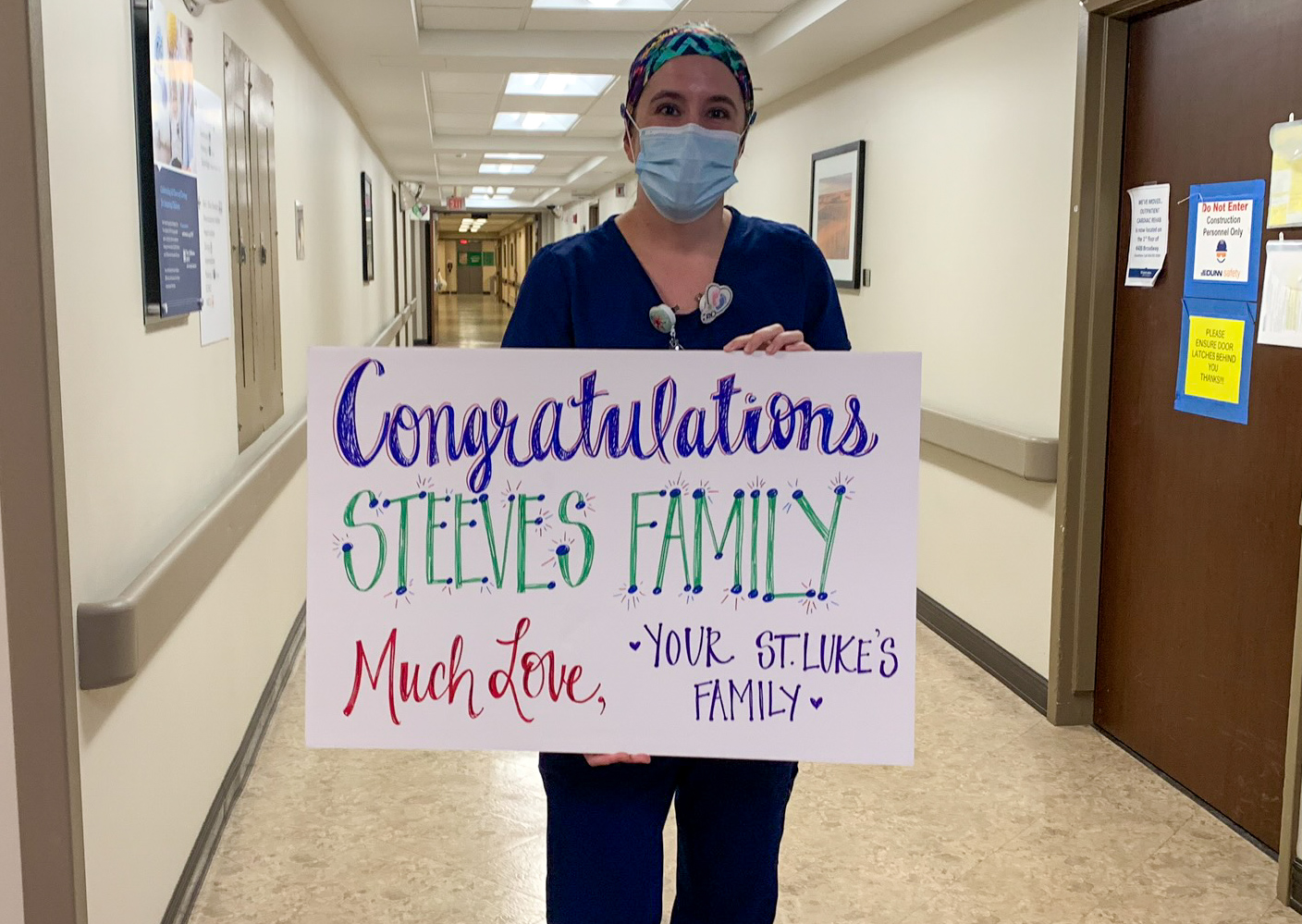