Kim Bradley had a heart attack in 2015 in Joplin which left her in heart failure.

According to BioVentrix, the ALIVETM procedure is designed to demonstrate the safety and effectiveness of the Revivent TC TransCatheter Ventricular Enhancement System; a hybrid closed-chest procedure to treat patients suffering from heart failure symptoms related to cardiomyopathy.

“It used to be surgeons had to cut out the dead part of the heart and suture back, so this is a very quick way of collapsing the aneurysm on itself so it goes away and you never have to cut down the middle,” Kao said.

Saint Luke’s Hospital of Kansas City is one of four trial centers in the nation to have completed this procedure. Kim is the third person to be treated with the procedure and only seven patients have had the implant in the United States.

Hear what Kim has to say about her recovery and find out more about the ALIVETM procedure in KSHB-41's story below. 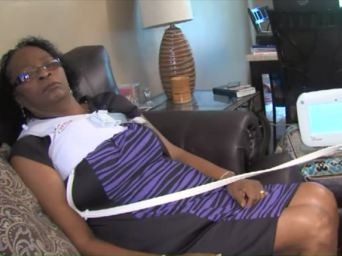 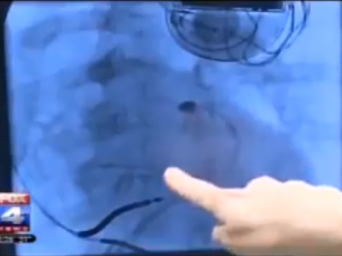 FOX4: Heart failure patient takes part in gene therapy clinical trial
Nine years ago, Melinda's heart was weakened by a heart attack. Melinda could barely get the strength to walk up stairs. She was in heart failure.