For the first time ever, the mummified remains believed to belong to Egyptian Queen Nefertari underwent a CT scan. Nefertari was the first wife of Ramesses II, also known as Ramses the Great, who ruled from 1279 to 1213 BC.

Dr. Randall Thompson, a cardiologist at Saint Luke's Mid America Herat Institute, was asked to scan the 3,000 year old Queen's remains to take a look back in time to see if there is any arterial disease in her leg.

Beginning on November 15, 2019, the Nelson-Atkins Museum will host the international exhibit, “Queen Nefertari: Eternal Egypt.” One of the signature pieces of the exhibit, which is on loan from the renowned Museo Egizio in Turin, Italy, are partial remains that are believed to be Queen Nefertari, the Great Royal Wife of Pharaoh Ramses II.

Watch KMBC's live coverage of the event below. Hear what Dr. Thompson hopes to find with this CT scan.

As the CT came to completion Dr. Thompson shares how it went and if there are any early findings.

Kathleen Leighton, with the Nelson Atkins Museum, spoke to Matt about the exhibition coming up and what visitors will be able to expect when they go.

Kathleen talks about the excitement Queen Nefertari brings to the exhibition, which will be in Kansas City through March.

Dr. Thompson has scanned multiple mummies through the years, like two basket mummy just a couple of years ago. He talks to Matt about what he looks for when he scans mummies and how the CT scan works. 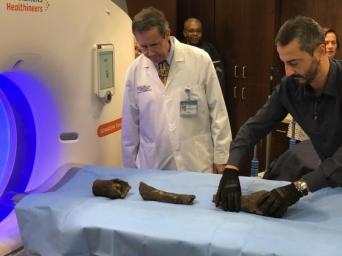 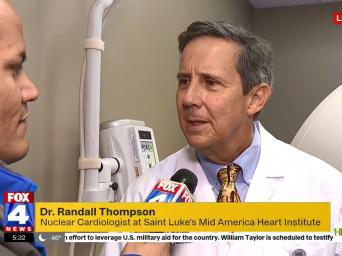 FOX4: On mission to discover more on ancient Egyptian history, Saint Luke's doctor performs scan of a queen
One of the most studied time periods in human history is that of ancient Egypt, and the remains of a queen from that time period are in Kansas City. 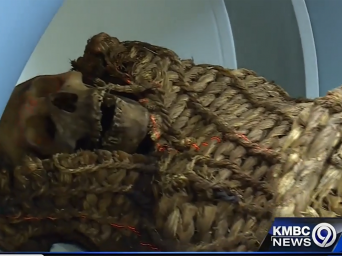