“We were all one team working to achieve one goal.” -Mary Ann Weiner

Adrian Weiner is the living definition of defying the odds.

The 57-year-old Kansas City man has had a long road to get to where he is today, with no shortage of determination, perseverance, and hard work.

In 2018, Adrian was on a fitness journey. He worked out daily and lost 50 pounds over six months. But one morning in September, he woke up early and knew something was wrong.

His wife, Mary Ann, looked up his symptoms online and quickly drove him to the nearest Emergency Department at Saint Luke’s Hospital of Kansas City.

He was having a heart attack.

“A nurse took one look at him and rushed him back to the ER,” Mary Ann said. “All of a sudden, it went from two people to four people in the room, things flying everywhere. They called the cardiac team and rushed him to the cath lab soon after we got there.”

Adrian’s heart was failing. He was put on Extra Corporeal Membrane Oxygenation (ECMO), a special form of life support that acts as the body’s heart and lungs, to preserve his circulation.  He would need a heart transplant with the damage done to his heart, but his body was not strong enough for a transplant in his current condition.

Two weeks later, he underwent surgery to get life-saving heart pumps in both ventricles of his heart. But Adrian suffered a stroke in his spinal cord, known as a spinal cord infarction. Vascular surgeons at Saint Luke's Mid America Heart Institute worked to repair his femoral vessels.

“Everything went from him being perfectly healthy, to walking into the ER—to the next time I saw him having tubes coming out of his arms, nose, mouth and begin totally sedated for weeks,” Mary Ann said. “It was overwhelming, to say the least.”

When Adrian woke up after nearly a month in the hospital, he could not feel or move his legs. Doctors told him he might not walk again, but Adrian would not accept that as a possibility.

After recovering in the cardiac ICU, Adrian started inpatient rehabilitation at Saint Luke’s. He had to relearn how to do nearly everything.

“One day very early on in my rehab, I was lying on my back and lifted my leg up with a sheet, just barely up off the mat,” Adrian said. “It was so small, but it was hard. I remember thinking, ‘Wow. I can actually move my leg.’”

As the days and weeks went by, he made progress bit by bit. Eventually, he regained bladder function—a momentous step that gave Adrian and his doctors optimism that he would be able to use his legs once again. By the year’s end, he had regained enough strength to go home in a wheelchair and continue with outpatient therapy.

Consistent physical and occupational therapy sessions were key, not only to build strength in his legs but to strengthen his body for a much-needed heart transplant as well.

“Being as fit as you can be going into heart surgery is going to give you a lower risk related to that surgery—same thing if you were having a hip replacement or a less-invasive surgery,” said Dr. Brad Steinle, medical director of Saint Luke’s rehabilitation services. “The more fit a person can go into the surgery, the more likely they are to have a positive outcome.

Doing therapy sessions while attached to the mechanical heart pump and its heavy batteries was no easy task. With countless hours of sessions and at-home exercises over the next year, Adrian started regaining strength and movement in his legs.

Gradually, he worked up to walking a distance of 100 feet strapped into a treadmill with a walker at Saint Luke’s South Hospital Outpatient Rehabilitation. Each session, he walked a little bit further.

“All the therapists, and everyone on the team, were so positive. I found it really helpful to learn what I could be doing at home—it’s a big joint effort,” Mary Ann said. “We were all a team trying to achieve one goal.”

Before long, he was waking 1,600 feet—a victory that was nearly unimaginable just months before. Adrian graduated to walking with a walker without the machine. Special braces from his ankles to his knees helped him stand upright and move around even more.

Finally, in early 2021, his years of grueling work and determination paid off. Dr. Steinle visited with the heart transplant team about evaluating Adrian for transplant.

“Adrian was an excellent candidate because of all of the hard work he had done and the recovery he had made,” Dr. Steinle said. “His story is the perfect example of the collaborative multidisciplinary team approach at Saint Luke’s and why partial impairment shouldn’t prevent people from getting a transplant if they can tolerate it.”

"With remarkable strength of character, Adrian achieved what few of us really thought was possible," said Dr. Russ Davis, cardiothoracic surgeon and co-executive surgical director at Saint Luke's Mid America Heart Institute. "His cardiology heart failure team strongly advocated for him getting a heart transplant. I will admit, I was dubious as to how he would do, but any person who had accomplished what he did deserved a shot."

Soon after, he was put on the transplant waiting list.

On September 22, 2021, Adrian and Mary Ann got the call that the transplant team had found a match. After nearly three years, Adrian was getting a new heart.

“When the call came in at 3 o’clock in the morning, he didn’t answer because he thought it was another appointment reminder,” Mary Ann said. “They called me right after and said no, it’s your transplant… it was extremely emotional.”

The transplant surgery was a big success.

"Adrian had quite a journey. He is a perfect example of incredible teamwork and of individual perseverance," said Dr. Davis, who performed Adrian's heart transplant. "The entire cardiovascular surgical team had a hand in his survival. The end result was a beautiful brand-new heart for someone who truly earned it."

Not long after the surgery, Adrian was up and walking on the cardiovascular ICU floor. After recovering from the surgery, he went to Saint Luke’s Rehabilitation Institute for a few weeks of inpatient therapy.

He started walking only a couple dozen feet, but this time, it was easier without the mechanical heart pump, and he was able to utilize more of the innovative rehab equipment.

Despite ups and downs along the way and a couple of setbacks, Adrian is doing well. He continues to work on building his strength with outpatient rehabilitation. His goal is to one day no longer need a wheelchair—something his doctors are confident will happen with Adrian’s unrelenting perseverance.

“I’ve had my setbacks, but each time, I do a little bit more,” Adrian said. “I wouldn’t be where I am today without all the support of my strong family and the entire team at Saint Luke’s.” 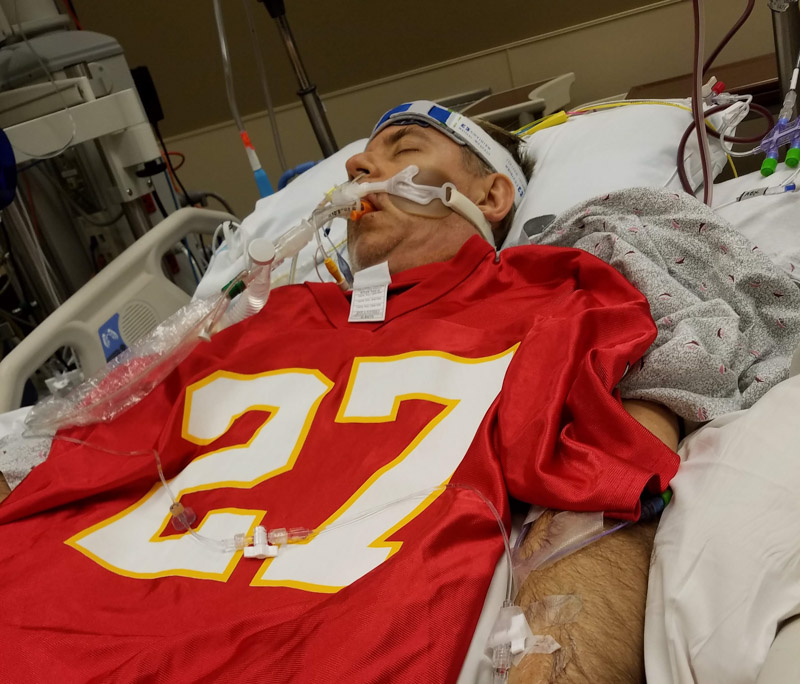 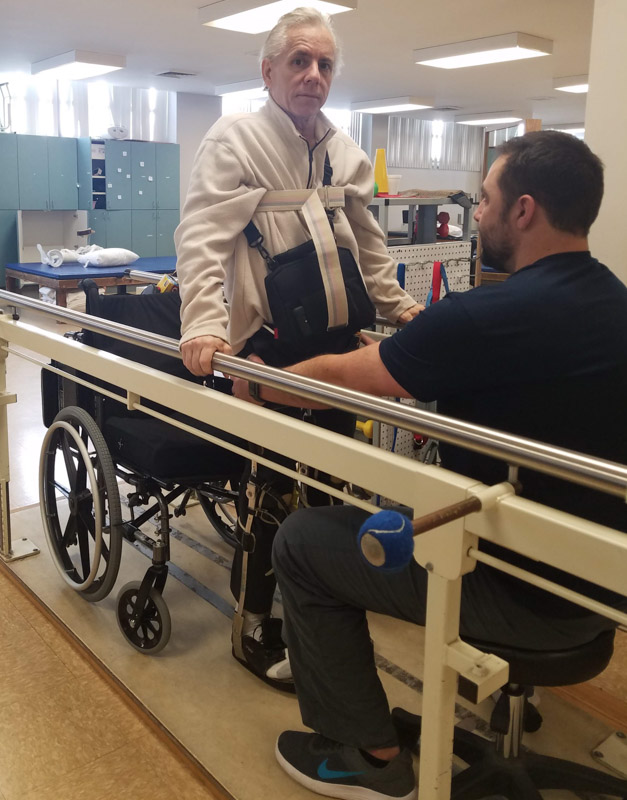 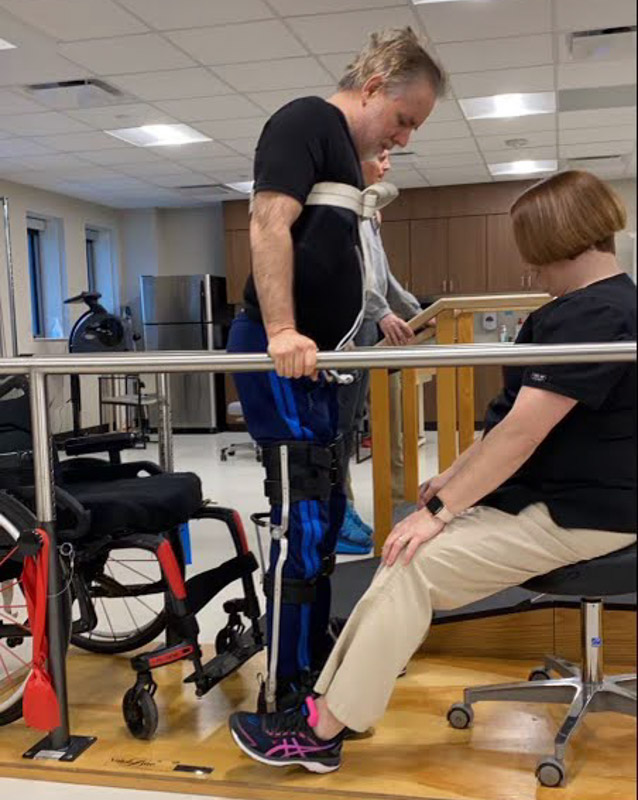 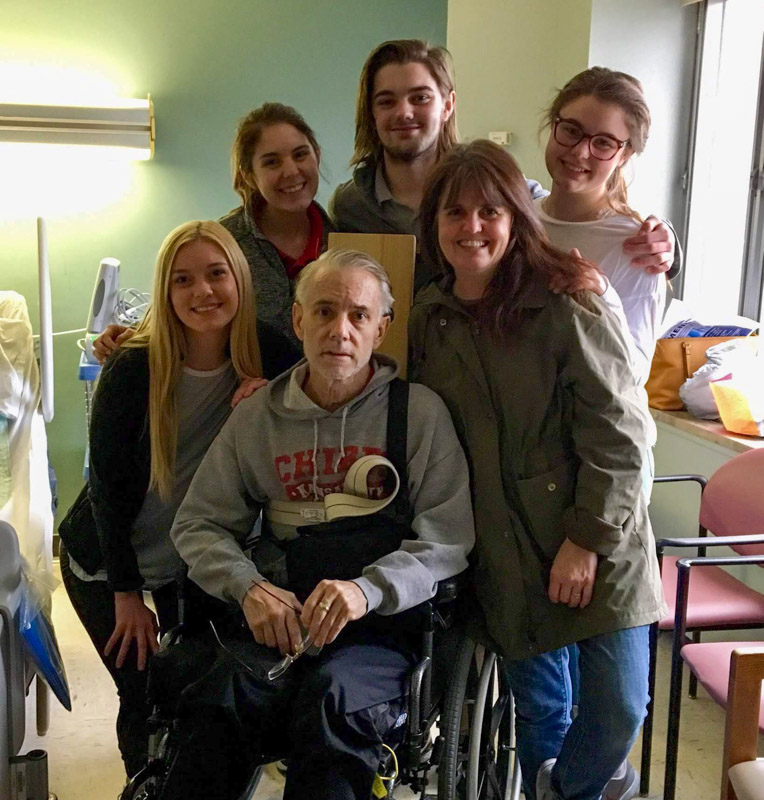 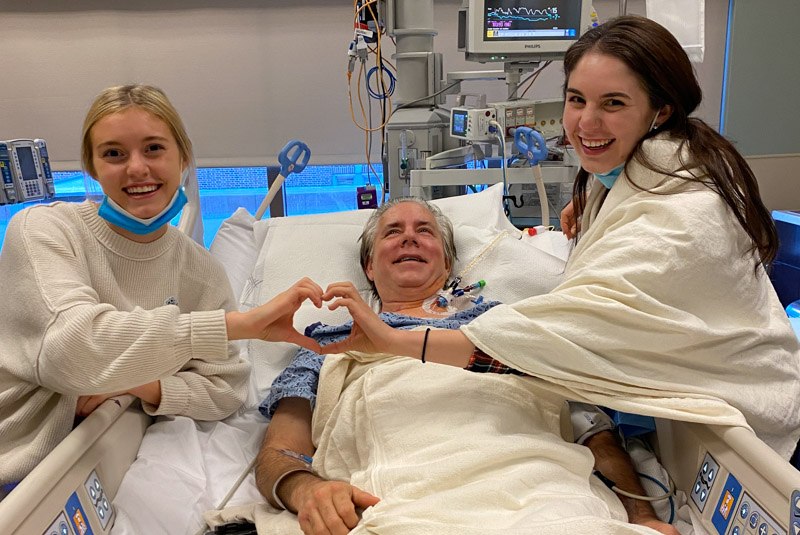 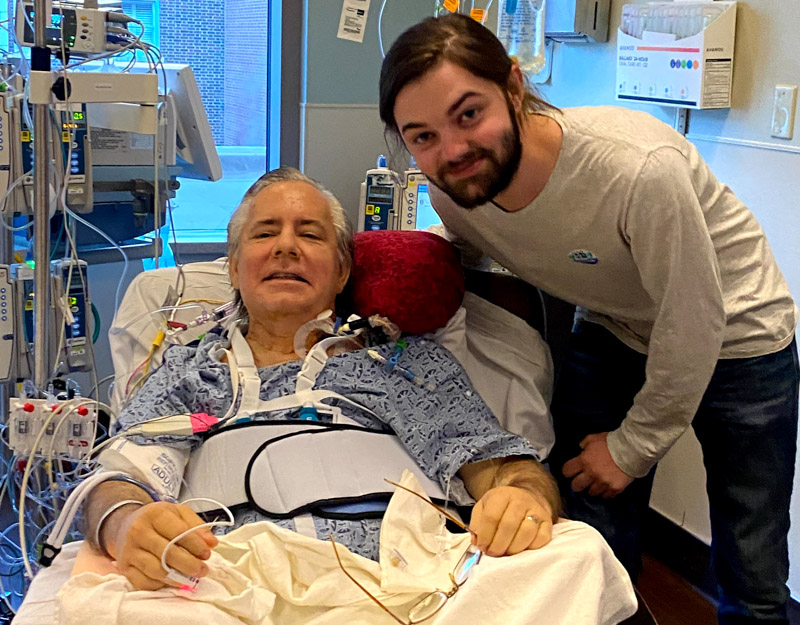 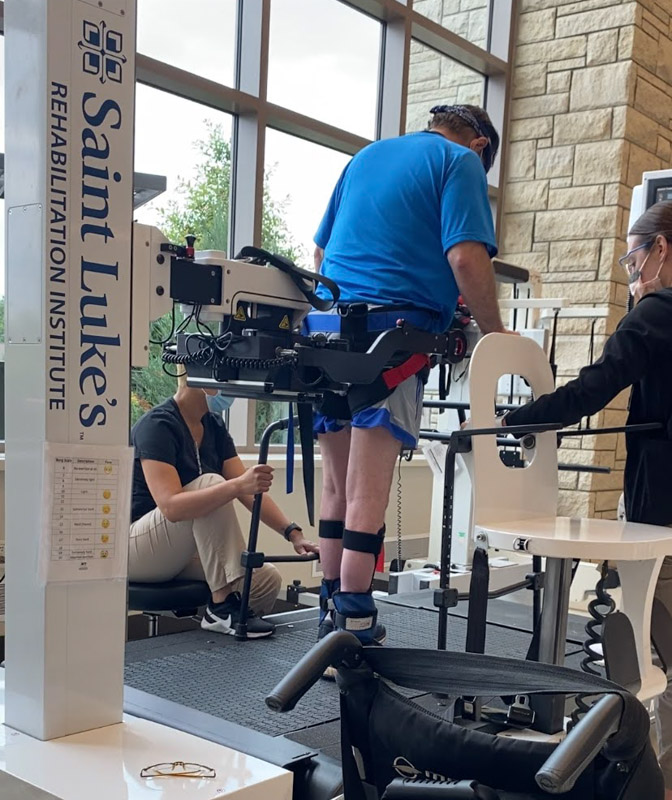 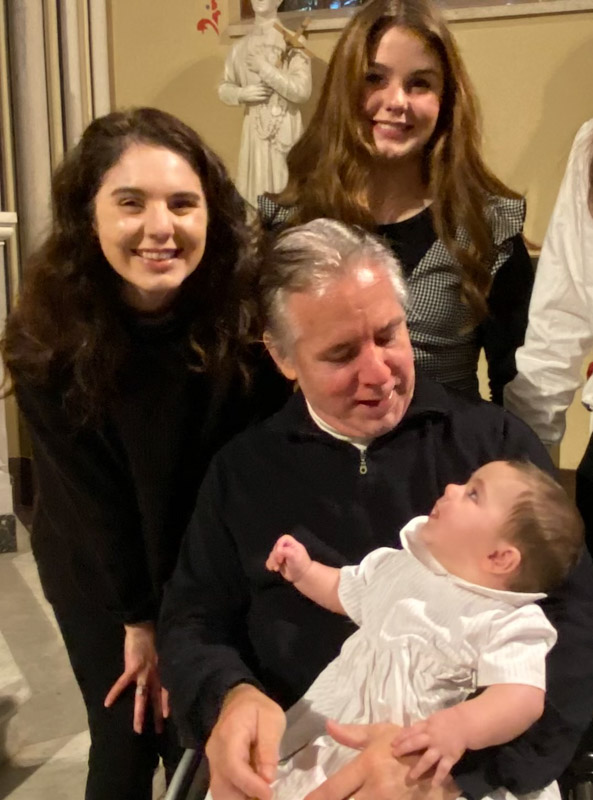