“We try to live our lives with the philosophy that everything happens for a reason.” -Ron Ricciardi

As President and CEO of an aviation company headquartered in New York City, Ron Ricciardi is constantly on the go.

The Kansas City resident splits his time between his home in the Midwest and his office on the East Coast, commuting one direction or the other every week by plane.

The 58-year-old husband and father of two grown children had lived a healthy lifestyle, regularly exercised multiple times a week, and had no prior history of any health-related issues.

But the week after Thanksgiving 2018, Ron started experiencing some irregular symptoms while he was away from home.

“The irony was, I was attempting a different diet when this all started, so I attributed some of my symptoms to that,” Ron said.

Not thinking much of it, Ron returned home in hopes that the issue would resolve itself over the weekend. But as the days passed, his symptoms continued, and he started to notice some pain and swelling around his abdomen.

The following Monday, Ron went to Saint Luke’s Urgent Care. The medical team performed some tests and imaging and then prescribed a medication to help clear up his symptoms. But that night at home, Ron could not keep the medicine down. A follow-up call from the urgent care clinic confirmed that Ron needed to seek emergency care.

Ron’s wife immediately took him to Saint Luke’s North Hospital, where he was admitted for a colonoscopy after several attempts to relieve the pressure.

The results of the procedure revealed the worst—it was cancer. Ron had a large tumor in his colon.

An ambulance transported him to Saint Luke’s Hospital of Kansas City to be treated by Saint Luke’s multi-disciplinary colorectal cancer team. When he arrived, Dr. Robert Amajoyi, a colorectal surgeon at Saint Luke’s, explained the situation to Ron and told him that the team was prepping an operating room.

“Even though he was suffering and had an obstruction, he still had this positive energy like, ‘okay I’ve been dealt this card, now I’m going to beat this. I may have this problem, this cancer, but this cancer doesn’t have me,’” Dr. Amajoyi said. “He was in the worst situation anyone could be with rectal cancer—with a blockage.”

Because of the location of the tumor, Dr. Amajoyi and the surgical team gave Ron a colostomy bag to decompress the obstruction. After the surgery, he was moved to a room where Dr. Amajoyi and his team explained the totality of the situation to Ron and his family.

It was stage 4 colorectal cancer.

“He had an obstructed metastatic rectal cancer to his liver—that’s as bad as it gets,” Dr. Amajoyi said. “What happened is that the cancer he had kept growing. It went from a polyp stage and grew all the way to a cancer stage. And the colon is like a pipe, so if a mass is growing inside, it can block the pipe. We had to go in and divert that obstructed area so he could move on and get all the treatments that needed to be done prior to the big operation to remove the cancer.”

An oncologist then explained the process that lay ahead. The next several months would hold multiple rounds of chemotherapy and radiation.

“It’s way easier for the patient than it is for the family,” Ron said. “As the patient, I know what’s going on—I require only the information that I believe is important, and then I’m good to go. The family can’t be in my body. They don’t understand how I feel, so I think the anxiety level is just significantly higher for the caregivers, for the family.”

The day after Christmas, Ron started his first round of chemo.

He continued with chemo treatments at the infusion clinic and a pump at home every other week, still flying to NYC on the off weeks.

A couple months in, Ron and his medical team decided his body was handling the treatment well enough that he could layer the radiation on top of the chemo.

“One of the conversations Dr. Amajoyi and I had was about the advanced stage of cancer and the statistical likelihood of success—or lack thereof,” Ron said. “And I told him, ‘I could be completely wrong, but I don’t feel like this is the end.’ I still worked, I traveled, I golfed—there was little that outwardly changed. I felt like that wouldn’t have been the case if the end of the process was to be negative.”

“Every time I saw Ron, his positive mental attitude remained,” Dr. Amajoyi said. “In so many ways, his strength and his unshakable faith to beat this inspired the entire team.”

Ron successfully completed 28 rounds of radiation in six weeks and the remaining cycles of chemo by spring.

In June, Ron went in for a second, much longer, surgery.

Dr. Amajoyi and his team successfully removed the rectum and part of his liver and gave Ron a temporary ileostomy bag to allow the area to heal. The bag was then reversed after six weeks.

But that’s not the biggest change in his life, he says. The bigger blessing is his three-month-old grandson. The new grandpa loves spending his weeks back home in Kansas City with the baby and the rest of his family, having the same zest for life and positive attitude that carried him through.

“Ron is the poster child for colorectal cancer,” Dr. Amajoyi said. “While he could’ve felt sorry for himself under the circumstances, he just said okay, this has happened to me—now I’ve got to take care of this. Sometimes things happen to us for a reason. Sometimes things put us in the position to comfort others down the road. He was already telling his friends to get screened. He’s very strong; he had a positive attitude that helped him get through this. I believe you can will yourself into healing, and he did that.”

“You don’t want to go through this, but if you do, you could not find a better group of medical professionals than we have found at Saint Luke’s Health System,” Ron said. “The level and quality of care were just phenomenal.” 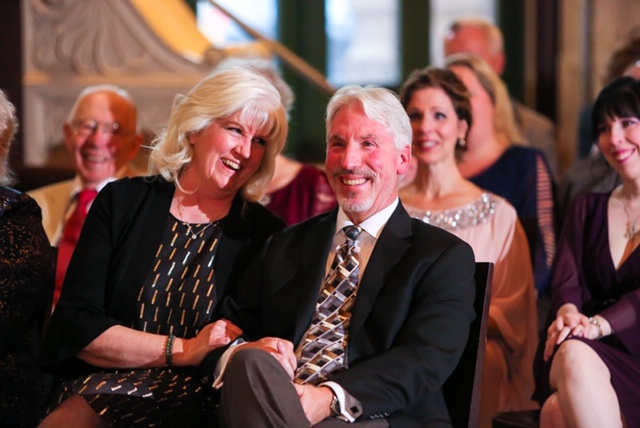 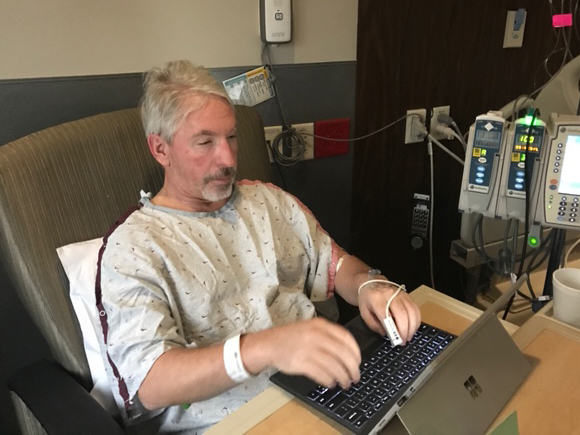 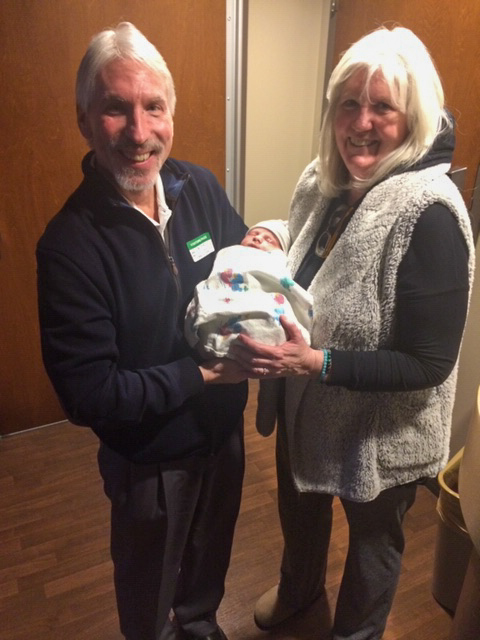 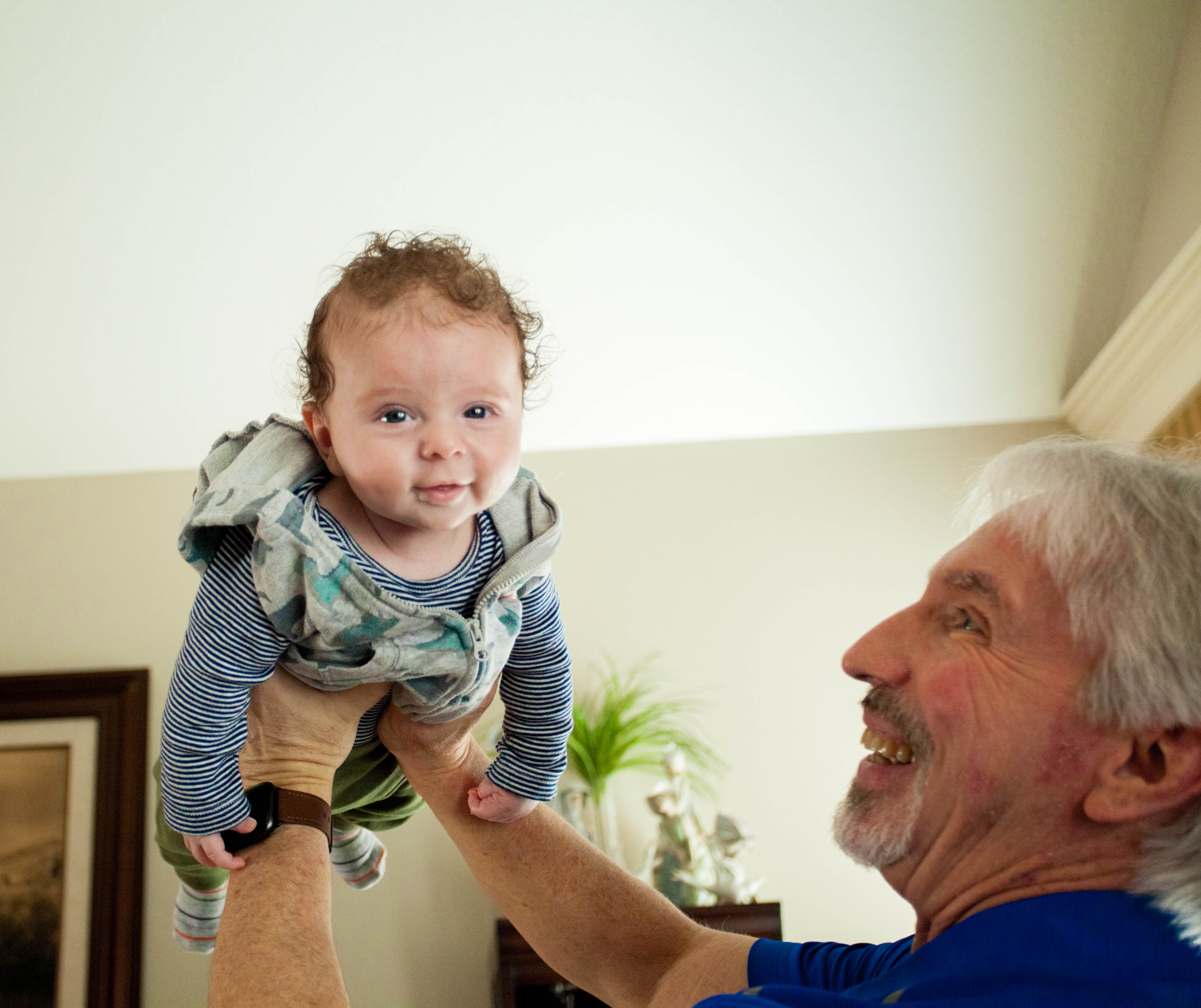 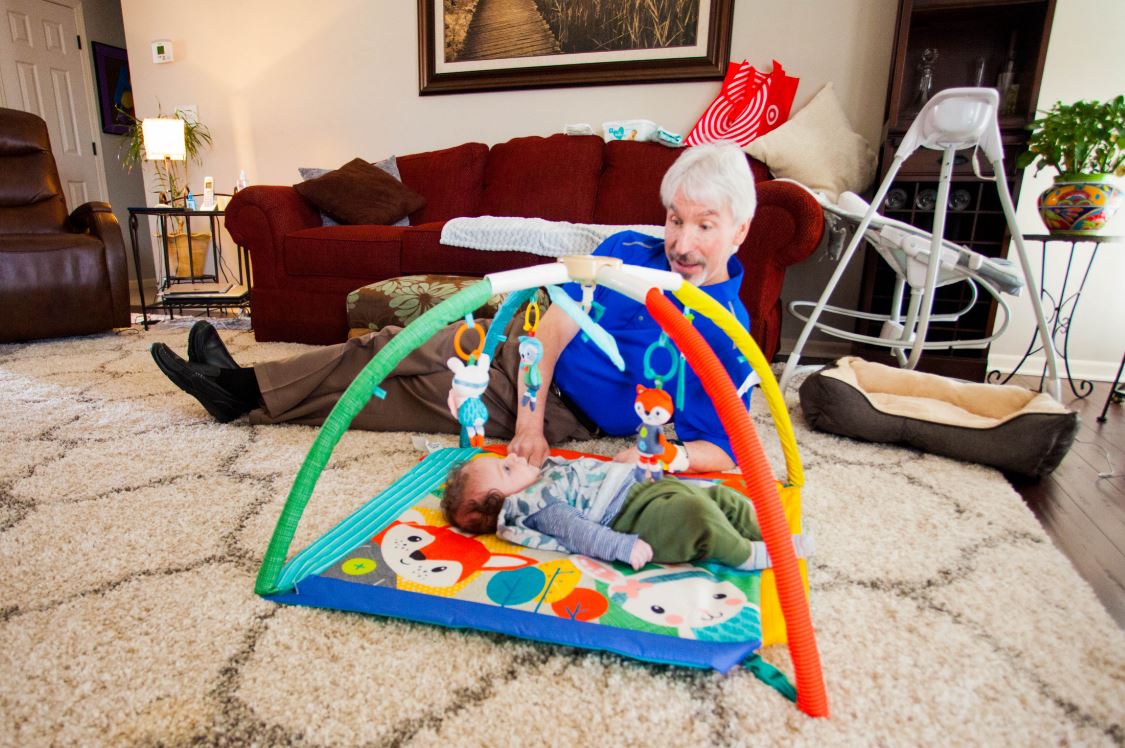 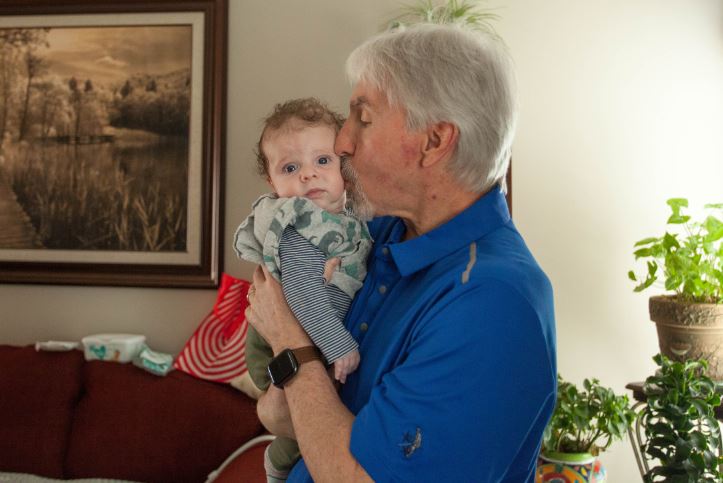 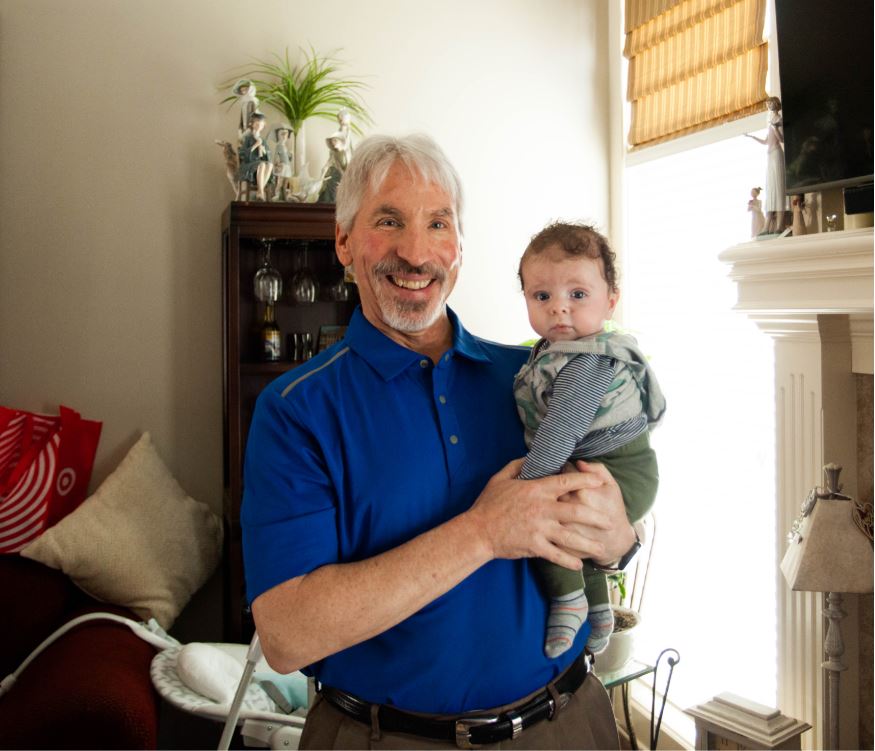