What is Chiefs Fever?

Chiefs Fever is an extremely contagious condition of the brain and body. It’s known to occur when the Kansas City Chiefs utterly dominate in the AFC West. While the condition is mainly thought to be inherited, Chiefs Fever has been frequently reported in those with no prior history. All residents of the Kansas City metro are encouraged to be on alert for symptoms.

A steady intake of Chiefs wins on the gridiron is the main vector for Chiefs Fever. It gets progressively more acute as the Chiefs continue to rack up Ws, leading to an astonishingly rapid progression during the playoffs.

Other causes of Chiefs Fever include:

What are the symptoms of Chiefs Fever?

Chiefs Fever can present with a great number of symptoms that share commonalities but occur seemingly at random. However, the symptoms most often appear where there is a high concentration of others with Chiefs Fever, including:

How is Chiefs Fever Diagnosed?

Chiefs Fever is most often diagnosed by others with the same condition. Self-diagnosis has been known to happen. Regardless, a positive diagnosis is often met with a sense of inner peace and immediate acceptance.

How is Chiefs Fever Treated?

Chiefs Fever is a chronic, lifelong condition. There is no known cure, mainly because there is not currently an effort to discover one. Instead, symptoms are managed through intense therapy sessions, often occurring on Monday nights or Sunday afternoons during late summer through early winter.

Can Chiefs Fever be Prevented?

No. In fact, you may already be a carrier.

When Should I call my Healthcare Provider?

When you suspect they may have an extra ticket. 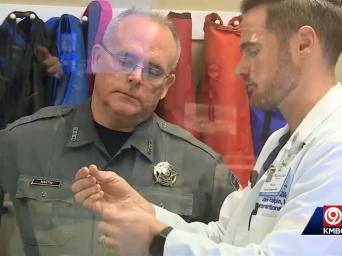 KMBC: Bourbon County sheriff says going to Chiefs game saved his life
When Sheriff Martin suffered a stroke walking into a Chiefs game, people nearby quickly recognized the signs and got him to Saint Luke's. KMBC talked to Dr. Jared Halpin about how their fast action was key. 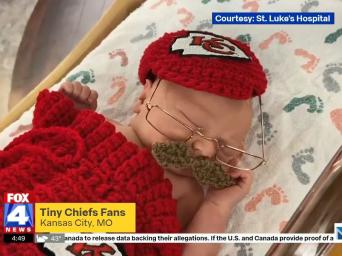 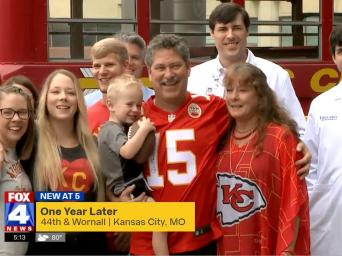 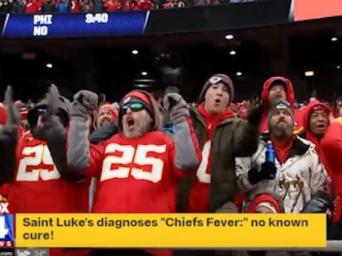 Chiefs Fever Media Stories
A steady intake of Chiefs wins on the gridiron is the main vector for Chiefs Fever. We have everything you need to know about this contagious fever going around. 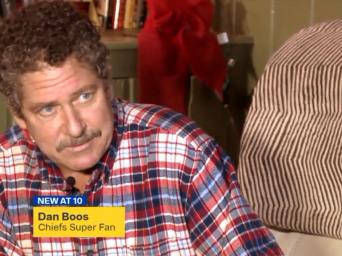 FOX4: Bystander CPR helped save Chiefs superfan
After a live interview on FOX4's morning show about his custom Chief's bus, Dan collapsed. He was having a heart attack and had no pulse. Watch how bystander CPR was crucial to his survival.