“You can’t find this level of care anywhere, but at the Koontz Center—you find it easily!" - Bernadette Priestley

Bernadette Priestley had just moved back to Wisconsin from London with her husband and two boys when her life changed forever.

She discovered a lump on one of her breasts, had a double mastectomy, and was diagnosed with metastatic breast cancer (MBC).

“I bawled and bawled. It is so strange to be 37 and thinking you aren’t going back to work—instead, you get an oncologist you will have for the rest of your life. It’s a strange place to find yourself,” said Bernadette.

Going to the doctor’s office multiple times a week was taking a toll on Bernadette. She had to find a daycare and was reminded of her cancer daily. Knowing the preciousness of time, she didn’t want to spend it all as a patient.

Just a few months into her journey with MBC, Bernadette was told she had to start the last and most rigorous phase of treatment, IV chemotherapy. The same moment she received the call, she was registering her son for kindergarten.

She feared her days were numbered.

Bernadette called Saint Luke’s Koontz Center for Advanced Breast Cancer—one of the only treatment centers of its kind to focus exclusively on the treatment of metastatic breast cancer. It was a decision she would not regret. The very next day, she traveled to Kansas City for her first appointment.

“I was looking for my wedding dress moment,” said Bernadette. “I wanted to find a team of people that I could trust with my life! I am worth it as a daughter, as a wife, as a mother. I have to be worth it.”

“There are a lot of patients who understand their disease and advocate for themselves; Bernadette is the epitome of that,” said Dr. Pluard. “She is exceptionally bright. What drove her to the Koontz Center was uncertainty. She was not sure if her disease was getting worse, so we reevaluated her with a fresh set of eyes, found that her cancer was not progressing, and elected to continue her treatment with a minor modification. Ever since then she has been doing well.”

“I had my miracle moment, and today I am living a normal life! It has been two and a half years, and I still have my hair, very mild symptoms, and my kids don’t even know that I’m sick. We tell them my cancer is like a hibernating bear, and if the bear wakes up, I get a new medicine. But my next line of treatment will be hormones, not IV chemo,” she said.

The decision to travel regularly to Kansas City was an easy choice for Bernadette. She meets with her team just once every 90 days and goes weeks without feeling like a patient. She no longer spends countless hours researching new clinical trials because she trusts that Dr. Pluard is taking care of it.

“He’s not keeping up with lung and bone cancer,” said Bernadette. “He specializes in MBC, and you have someone just focusing on you and your disease. It is so rare.”

One memory, in particular, stood out to Bernadette. During one of her visits to the Koontz Center, after a scan, she wasn’t feeling very well. The staff set her up in a private room, got her a warm blanket and a snack, and let her sleep.

“You can’t find this level of care anywhere, but at the Koontz Center—you find it easily! It’s a warm and supportive environment, and you meet others who are in the same boat as you,” Bernadette said. “You don’t feel alone.”

“Our approach at the Koontz Center is what sets us apart,” said Dr. Pluard. “It was intentionally designed to address the whole individual, not just their disease. Our primary focus is to provide our patients with the best treatment and the best outcomes. But the outcomes can be defined in a very narrow sense, which they frequently are, in terms of ‘is the disease progressing or is it not,’ or in a much broader way, ‘is the patient living with their disease in a way that fulfills their goals.’ At the Koontz Center, both outcomes are equally important to us.”

This August, Bernadette reached one of her biggest goals as a mother, seeing her youngest son start kindergarten.

On his first day of school, her husband walked their boys out the back door, around the block, and led them back to the house. Bernadette laid out a red carpet, answered the door, and said, “Hello! Who are you? I am your teacher!” She will be homeschooling her boys during the pandemic.

She sent the victorious video to Dr. Pluard right away!

“It was deeply moving when Bernadette sent us this video. First, because we’re familiar enough with her to know her adorable kids, and secondly because it reminds our whole team that what we are doing is making an impact,” said Dr. Pluard. “I texted her back and said, ‘You need to change your goals now! Let’s get to graduation!’”

“I think I have a pretty remarkable, lightning bolt story,” said Bernadette. “I had a miracle moment when I met the team down there. I adore them. They are some of my favorite people in the world. I want everybody to have that, and to know that the care you are getting at the Koontz Center is the best possible care you could get. I think the model of care at the Koontz Center should be adopted across the country! It changes everything.”

Bernadette advocates for every cancer patient to know they are worth a second opinion, a team they can depend on, and an oncologist that fits them just right, like the perfect wedding dress. 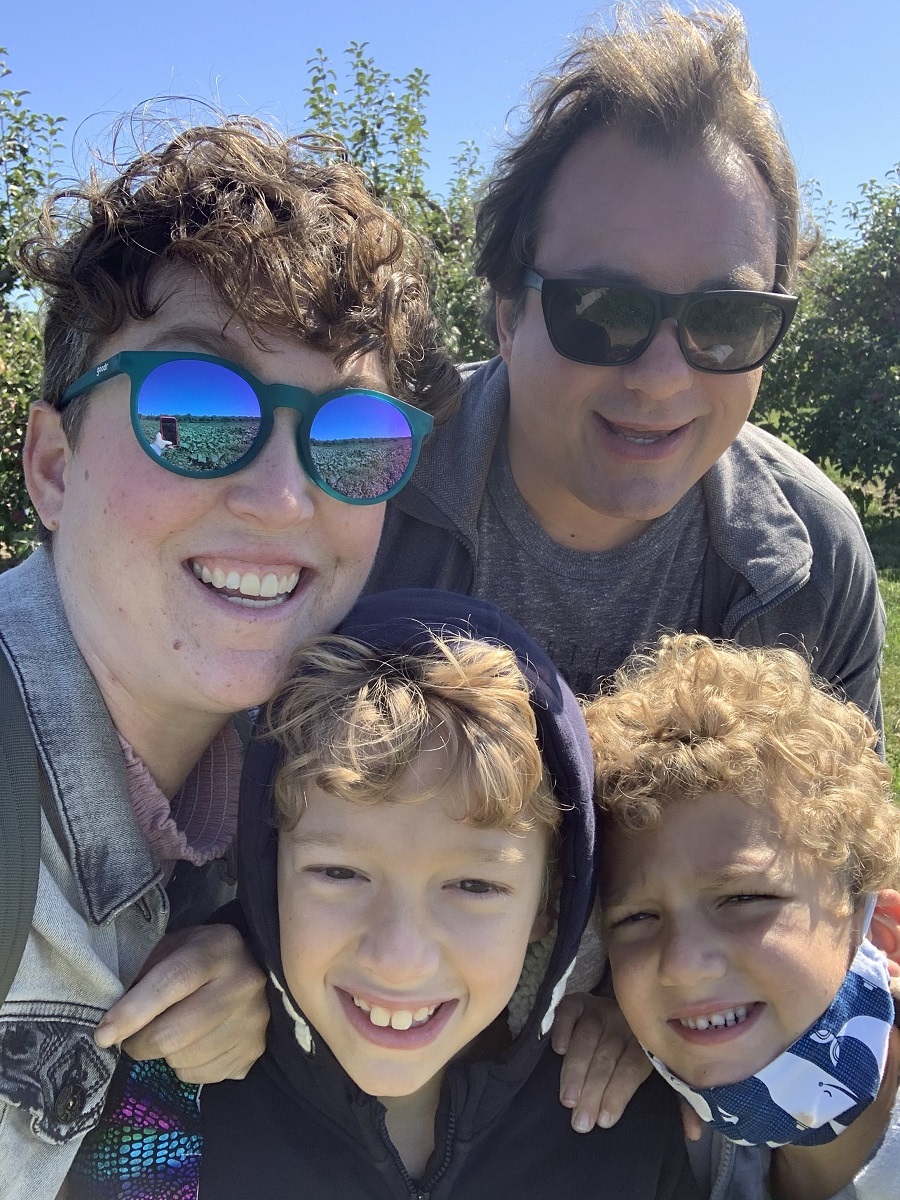 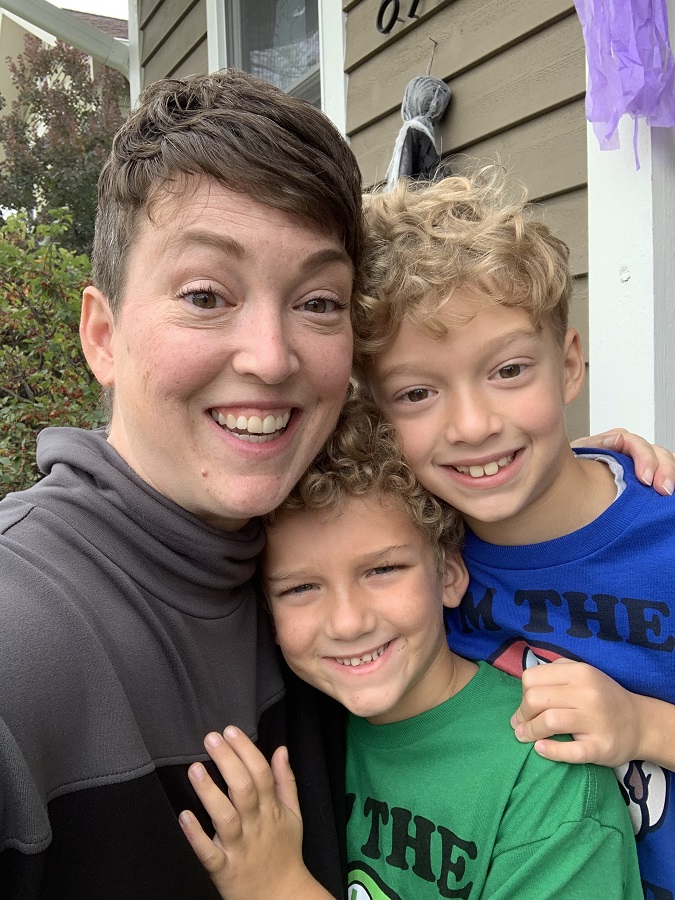