Two-Time Heart Transplant Recipient Shares His Story to Help Others

“Lean on your team—whether it’s your family, spouse, doctors, or nurses—and never give up, never stop believing.” -Christopher Williams

He knows he is still here for a reason—to share his story with other transplant patients to help them get through it all.

You may have read Christopher’s story about his first heart transplant at Saint Luke’s. He quickly regained his strength and picked up his passion for fitness once again. Life returned to normal and his family moved to Texas for a new job opportunity.

But a few years later, his insurance stopped paying for the name-brand heart medication and switched him to the generic version. Two weeks later, he knew something was wrong.

Christopher went to a local hospital and learned his body was rejecting his heart because of the change in medication.

He decided to move back home to be close to the world-class team of experts at Saint Luke’s Mid America Heart Institute.

“By the time he moved back here, it was too late to treat his rejection, and his heart had been damaged irreparably,” said Dr. Andrew Kao, the Medical Director of Heart Transplantation at Saint Luke’s. “Not only did it damage his heart function, it damaged his arteries as well. He continued to get worse and worse and had no quality of life.”

Christopher was admitted to Saint Luke’s Hospital of Kansas City on July 1, 2016. He stayed in the hospital for seven months waiting for a new heart that was a perfect match.

“It was challenging, but I knew what to expect,” Christopher said. “I knew I was going to be okay. I trusted the Saint Luke’s team, Dr. Kao, all the transplant coordinators— I trusted all of them to get me through this. But the hardest thing was putting my kids and my family back through this again.”

Throughout his stay in the hospital, Christopher’s family and the Saint Luke’s team worked to make it feel like home as much as possible. His wife, Ashlee, stayed overnight nearly every night. On their wedding anniversary, the nurses surprised Christopher and Ashlee with a room full of decorations, balloons, and chocolates. His nurse, Matt Roland, got him out of bed every morning to walk laps and brought an exercise bike to his room when he learned Christopher was missing his routine of working out.

“Matt was a big part of helping me get through that time with all of his support,” Christopher said. “It was like family there. That was why I was able to get through it and not break down.”

But one thing in particular that was bothering Christopher was knowing that he would miss out on his son’s senior night football game. He had been looking forward to that special night for years.

Determined to make sure that didn’t happen, the Saint Luke’s team sprung into action and came up with a plan to get Christopher to the game.

“Almost every nurse on the floor that was off came to the game with me,” Christopher said. “They got a special van and brought my life-saving heart pumps and everything to go see my son, and I was able to surprise him. It was one of the best moments of my life. That’s how much they went over the top to help me feel supported.”

Christopher was a candidate for a donor’s heart eight different times. But each time, the new heart failed to be a proper match. A mechanical device that was helping his heart pump out blood was keeping him alive for months on end.

“He was sensitive to over 95 percent of human tissue type,” Dr. Kao said. “And we have to match six to 10 different tissue types, so the actual likelihood of finding him a heart was almost impossible.”

But one day, Christopher got a phone call from one of heart transplant coordinators saying they might finally have a match. The phone rang again at 2am—the person on the other end confirmed he would be getting what he waited for so long.

“I was at a loss of words—I couldn’t believe it and dropped the phone,” Christopher said. “They talked to Ashlee and got everything rolling. She was crying, my mom came to the hospital, and a lot of people showed up in the waiting room when they heard the news.”

After his transplant, Christopher had some setbacks that kept him in the hospital for a few more weeks as he regained his strength. Finally, on Feb. 24, 2017, he got to go home.

“I walked out, and there was a line of people from the hospital—some of the kitchen staff, the nurses, the coordinators, the doctors, surgeons, everybody. It was an amazing feeling to know that I had touched so many people.”

“It was exciting but also kind of scary because he had been living in the hospital for 8 months,” Ashlee said. “That day we picked our boys up from daycare for the first time ever. We had a new life it seemed—after so long in the hospital, it’s like you forget how to live on your own.”

Once Christopher got back into his normal routine, the biggest challenge was dealing with everything mentally and emotionally. He learned how crucial it was to lean on his support team and accept help.

Today, he provides that support to other families going through the same thing. He started the Heart Warrior Foundation, speaks for the American Heart Association, and talks to heart transplant patients in the hospital, and holds small classes for transplant patients starting over at the gym.

“I thought, if I could do that with my speaking— share my story about life after transplant, the mental part of dealing with it, the physical part of it, what to expect—then I could help someone else get through it too,” Christopher said. 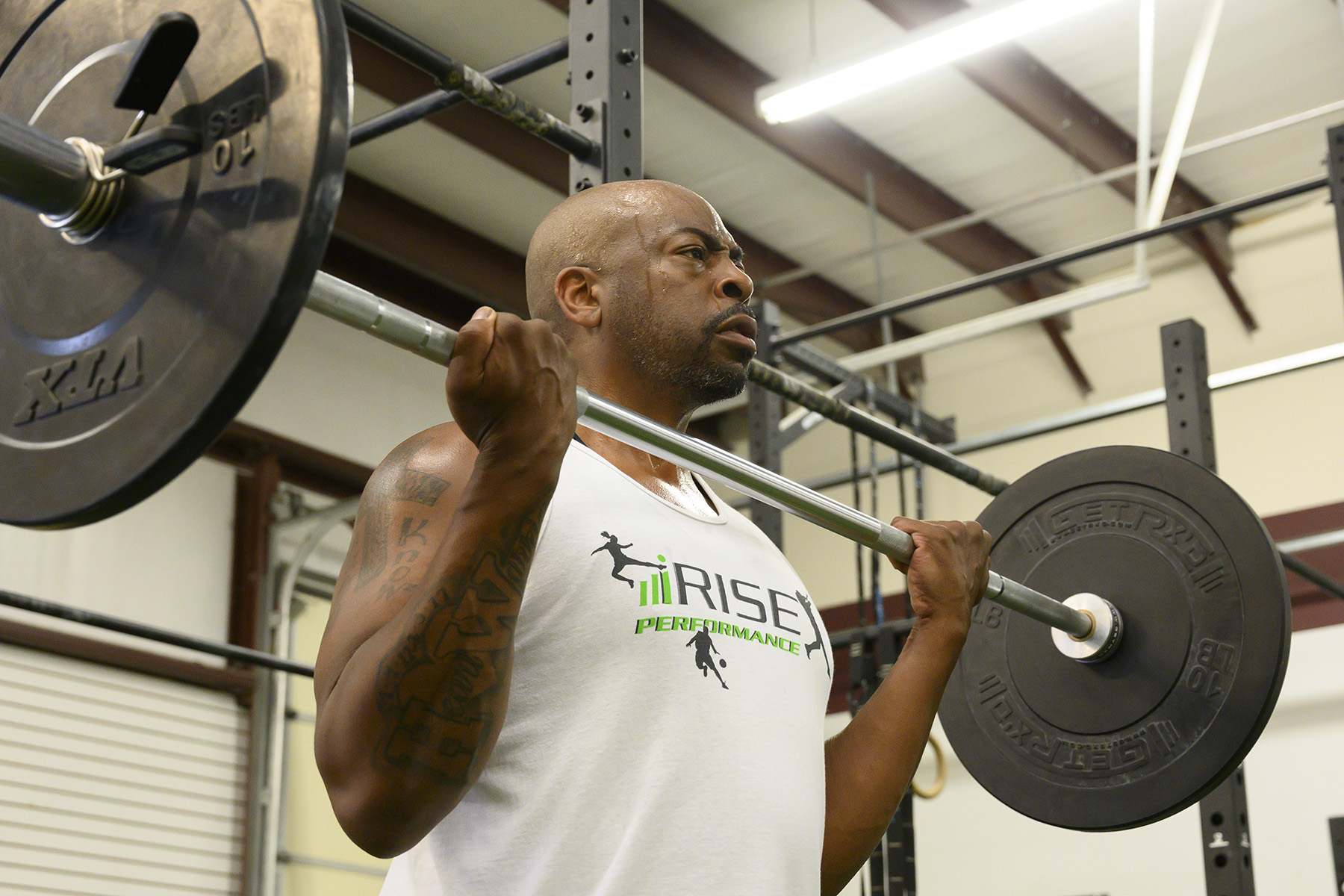 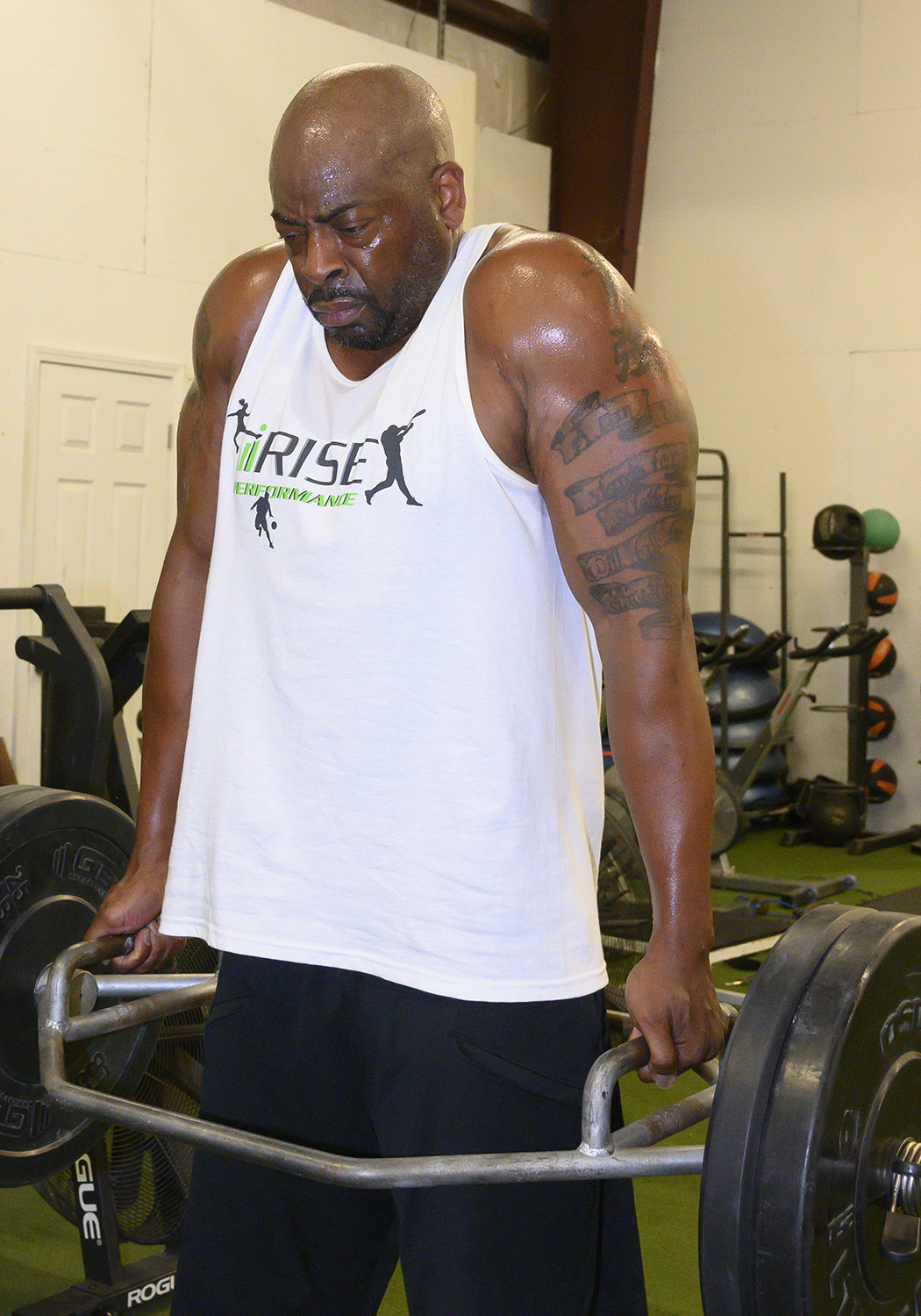 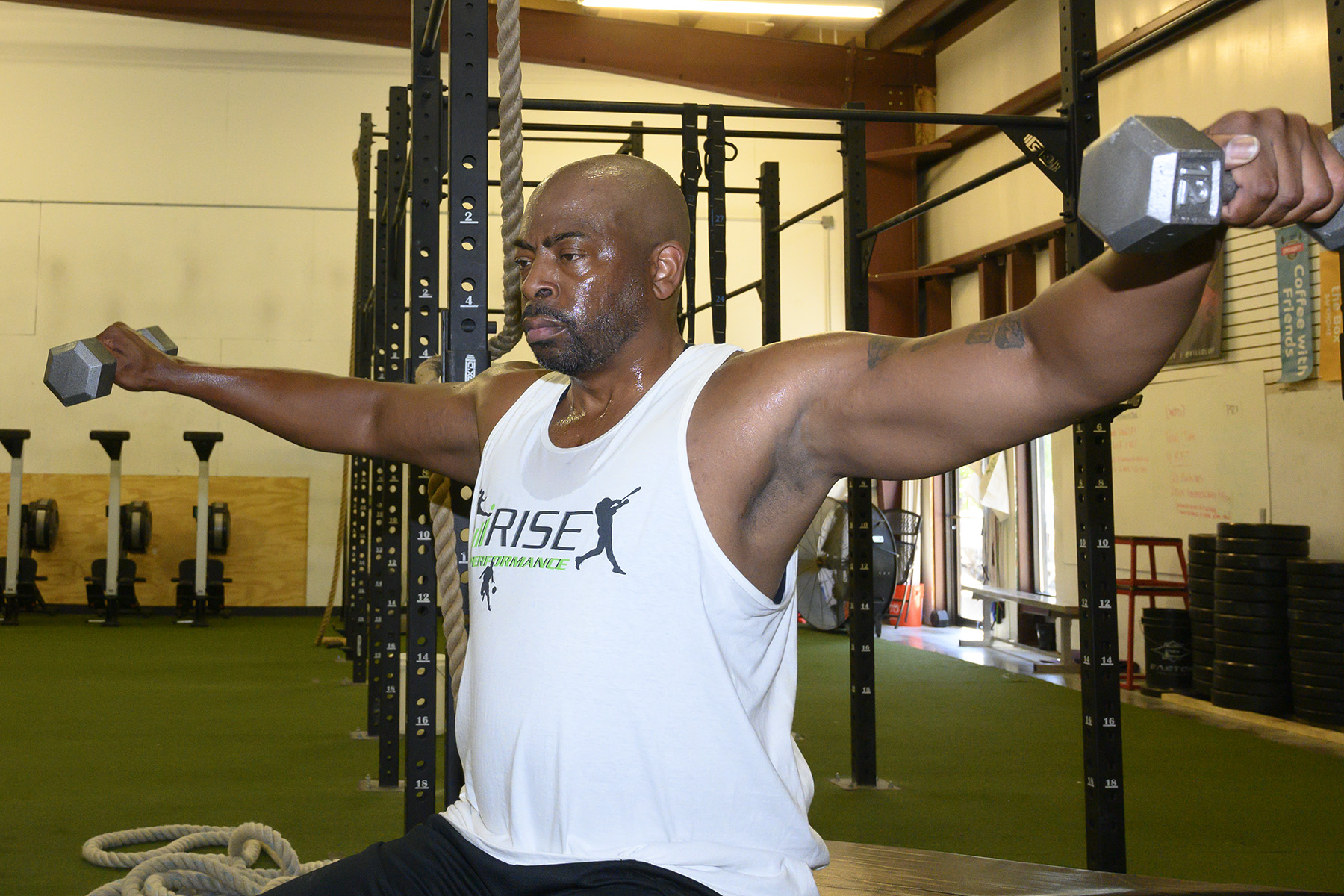 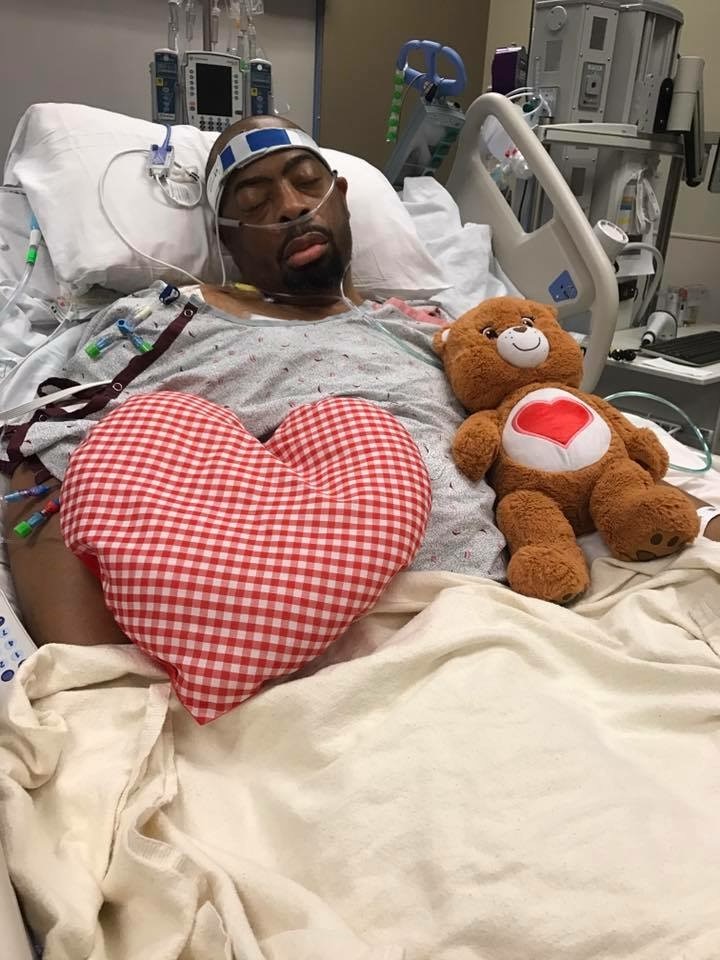 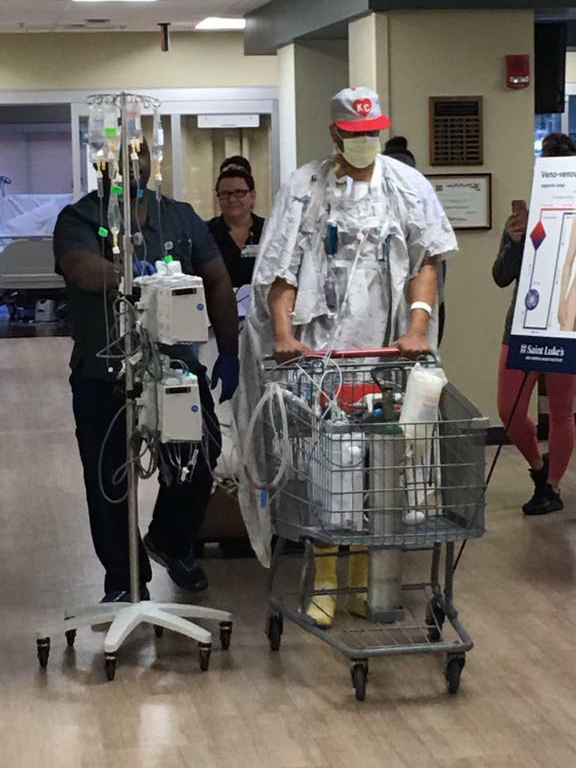 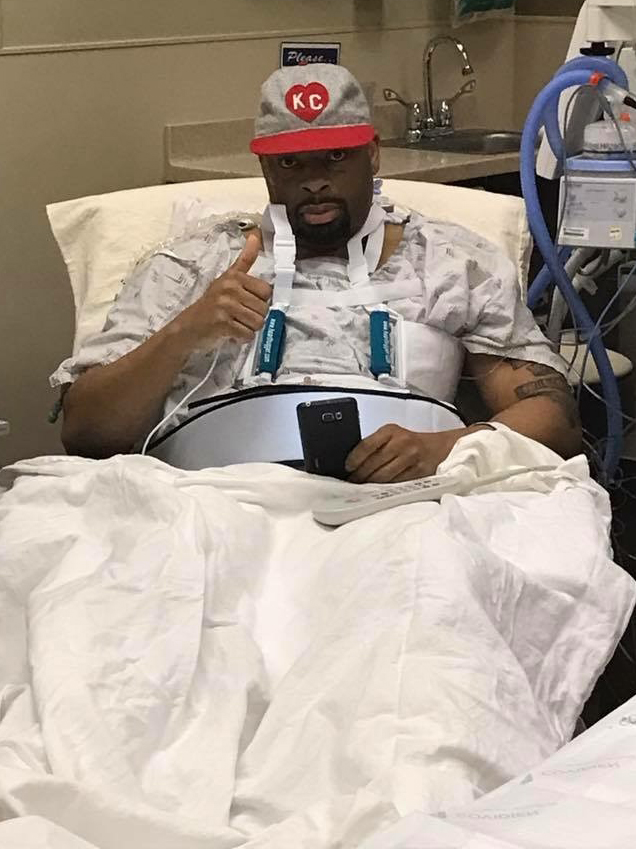