“I felt so strongly they were my saviors. That’s why I went to nursing school.” -Abi Sutton

Abi Sutton, RN II, saw a flash of red in a Kansas City intersection—and then came the crash. It was the day after Christmas 1999, and the convertible she was driving with her two young sons in the backseat took the impact of a Ford F-250 pickup.

Although the crash happened closer to another hospital—where Abi actually worked at the time—the emergency responders rushed her to Saint Luke’s Hospital of Kansas City and her sons to Children’s Mercy Hospital. Abi arrived in the Emergency Department at Saint Luke’s as a trauma patient.

From patient to nurse, Abi’s path has come full circle, as 20 years later, she recently started working at Saint Luke’s as an emergency nurse, inspired by the team that cared for her. As we celebrate Nurses Week and “The Year of the Nurse,” we celebrate the skill and kindness that have long defined Saint Luke’s nurses.

“I felt so strongly they were my saviors,” Abi said. “That’s why I went to nursing school.”

Abi remembers being in pain—but aware—right after the crash happened, as she was admitted to the ICU. Her fears quickly turned to trust in the team around her.

With internal bleeding and damage to her spleen, liver, and lungs, Abi underwent surgery the next day. Due to some stiffness in her lung, they placed her on a ventilator.

“I didn’t come up for air until many months later,” she said.

But the care from the team around her never paused. Her mom flew in from San Diego and stayed the entire time, noting the around-the-clock activity.

“Mom pointed out the nurses always knew when it was time to do more,” Abi said. “They made a difference each day in saving my life.”

Months later, Abi came off the ventilator and had a lot of questions about the past several months and what came next. Her nurses helped answer all of them.

“I was broken, but I was still together,” Abi said. “They were all truly sent from heaven above to take care of me.”

She still had a long recovery road ahead of her. Although she’d worked in an administrative role in an emergency room, she’d never been a patient before. So even the smallest gestures—like help with taking a shower—felt like huge steps forward.

“It helped make me feel like a human being again,” Abi said. “It gave me the motivation I needed to get better.”

Her nurses shared the long list of calls that had poured in for her over the months, even more motivation to help her focus on healing—and returning to her family.

While many of the people who cared for her made a deep impact, Ann Mulvenon, MSN, FNP-C, APP, was among those who truly stood out.

“Ann was really something special. I remember how efficient she was with her care. I remember her turning me and thinking, ‘That was so fast and easy. How did she do that?’” Abi said. “I remember thinking she was the strongest, most powerful nurse, obviously wicked smart. And she was nice to me. She didn’t make me feel intimidated despite her obvious skill. If I were ever a nurse, she’s exactly who I would want to be.”

When Abi left the hospital in spring of 2000, she wasn’t yet walking on her own, so when she had the opportunity to reunite with Ann at a trauma conference, she was proud to walk in on her own—a mother back at home with her kids and continuing to heal.

Inspired by Ann and so many others during her time at Saint Luke’s, Abi started on her own journey to become a nurse.

“I want to go to nursing school so I can be like these amazing people,” she said. “It was almost like earning your angel wings, being able to touch lives in the most amazing way.”

She chose emergency nursing, a passion that started with the collision.

And this March, Abi came back to where it all started, joining Saint Luke’s as a nurse at Saint Luke’s Community Hospital–Leawood.  She soon learned some of the very people who had cared for her 20 years ago are still working at Saint Luke’s.

“I was so touched that Abi reached out,” said Ann, today a Nurse Practitioner with the Intensivist Team in the Neurosurgical ICU. “It means so much to me that our nursing team had such an impact on her life. It’s easy in the day-to-day pressures of being a nurse to forget the impact that we can have on patients and families. To hear from Abi that not only did we provide the care she needed to recover, we provided, to some degree, the inspiration to become a nurse and allow her to provide that care to others—it says so much about Abi that she took one of the worst times of her life and turned it into a classic pay-it-forward moment by becoming a nurse.”

Abi’s own care inspires her to talk to her patients, including those who are placed on a ventilator, so they always have a caring voice reassuring them and explaining what is happening, why it’s happening, and how it’s going to happen. She remembers the questions she had and tries to answer those for the people she cares for.

“I’m always thoughtful of where these patients might be going,” she said. “This might be the care they remember the rest of the way.”

“Nurses are truly the front line of health care. They are the person the patient or family member has the most contact with and the first person those same people engage with when they feel something has changed in the patient’s condition,” Ann said. “Nurses are also the voice of the patient who cannot communicate, whether that is part of their illness or the interventions the team has provided, such as intubation or sedation.”

Abi hopes her own situation can even inspire some of them.

“I came back and had a really good life.”

Her sons, Dominick and Zachary were both born at Saint Luke’s—Dominick at 26 weeks—so their family has known Saint Luke’s well over the years, and Abi is proud to now be part of the team that has been so important to all of them.

“I feel like my life’s come full circle,” she said. “I hope to make a difference.” 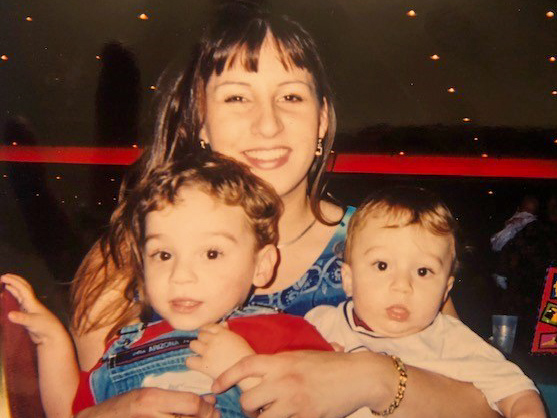 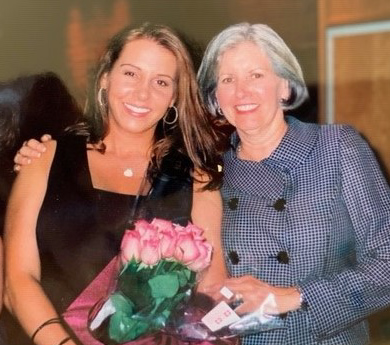 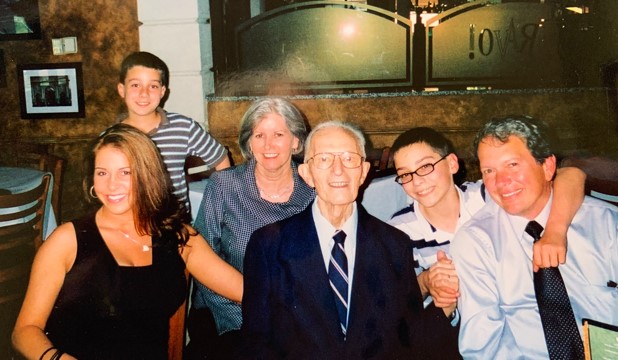