“You expect a clinical setting at a hospital, not this level of compassion. It’s been pretty wonderful. We’re so glad we chose Saint Luke’s.” - Clayton Burnett

Every new parent experiences a little bit of fear when baby is born. But for moms and dads with infants in the Neonatal Intensive Care Unit, that fear can be overwhelming. And it can last for months.

Luckily for parents at Saint Luke’s Hospital of Kansas City, they’ve got the March of Dimes NICU Family Support Program standing by.

This special team of volunteers works hard to aid families of babies born premature or with critical medical conditions who receive care in the NICU.

Rebecca Keunen is the March of Dimes NICU Family Support Program Coordinator at Saint Luke’s Hospital. She and all the volunteers are former NICU parents. They’ve been there and done that, so they understand what the families are going through.

“It can be so isolating to be here,” Keunen explains. “Working with our team gives the families an opportunity to connect, not only with us, but with other families who have babies in the NICU.”

Volunteers have long arranged traditional newborn photography sessions for infants at the hospital’s Level IIIb NICU. The portraits are just one small part of a comprehensive package of support services the program provides for NICU families.

Last Halloween, the volunteers had the idea to add a fun and creative element to the photography sessions by creating handmade costumes for the superbabies in the NICU.

The tiny caped crusaders, photographed by former NICU parents, were a hit on social media and gained national and international media attention in outlets such as Good Morning America, USA Today, and the BBC.

“Everyone was blown away,” says Keunen of the widespread fame. “The NICU staff bears witness to the most heart-wrenching moments and the most heartwarming moments life has to offer. This was a celebration of what our staff and volunteers do on daily basis. It’s just that no one had seen it before.”

The photos were such as success, the volunteers arranged similar portrait sessions for Christmas and Valentine’s Day. Once again, the stories took off with news outlets across the country.

The true value of the NICU Family Support team is the sense of community it provides families. Volunteers work closely with the Saint Luke’s NICU nurses, occupational therapists, social workers, nutritionists, and other staff members to lead instructional classes on feeding, development, infection control, and other medical concerns specific to NICU babies. March of Dimes and Saint Luke’s have been partners on this program for about 10 years.

Kelly and Clayton Burnett of Kansas City, Missouri, relied on the program when their triplets stayed in the NICU this past winter.

“We have 50 books at home but to be able to talk to people who’ve actually gone through this before is priceless,” says Clayton. “There’s a lot questions. I mean, there’s three babies.”

Kelly agrees. “You can’t just ask your mom what she did.”

The Burnetts attended a class on raising multiples hosted by a NICU Family Support volunteer. They’ve become close with the volunteers and with the NICU staff, which is exactly what the program aims for.

“It’s been a great experience,” says Clayton. “You expect a clinical setting at a hospital, not this level of compassion. It’s been pretty wonderful. We’re so glad we chose Saint Luke’s.” 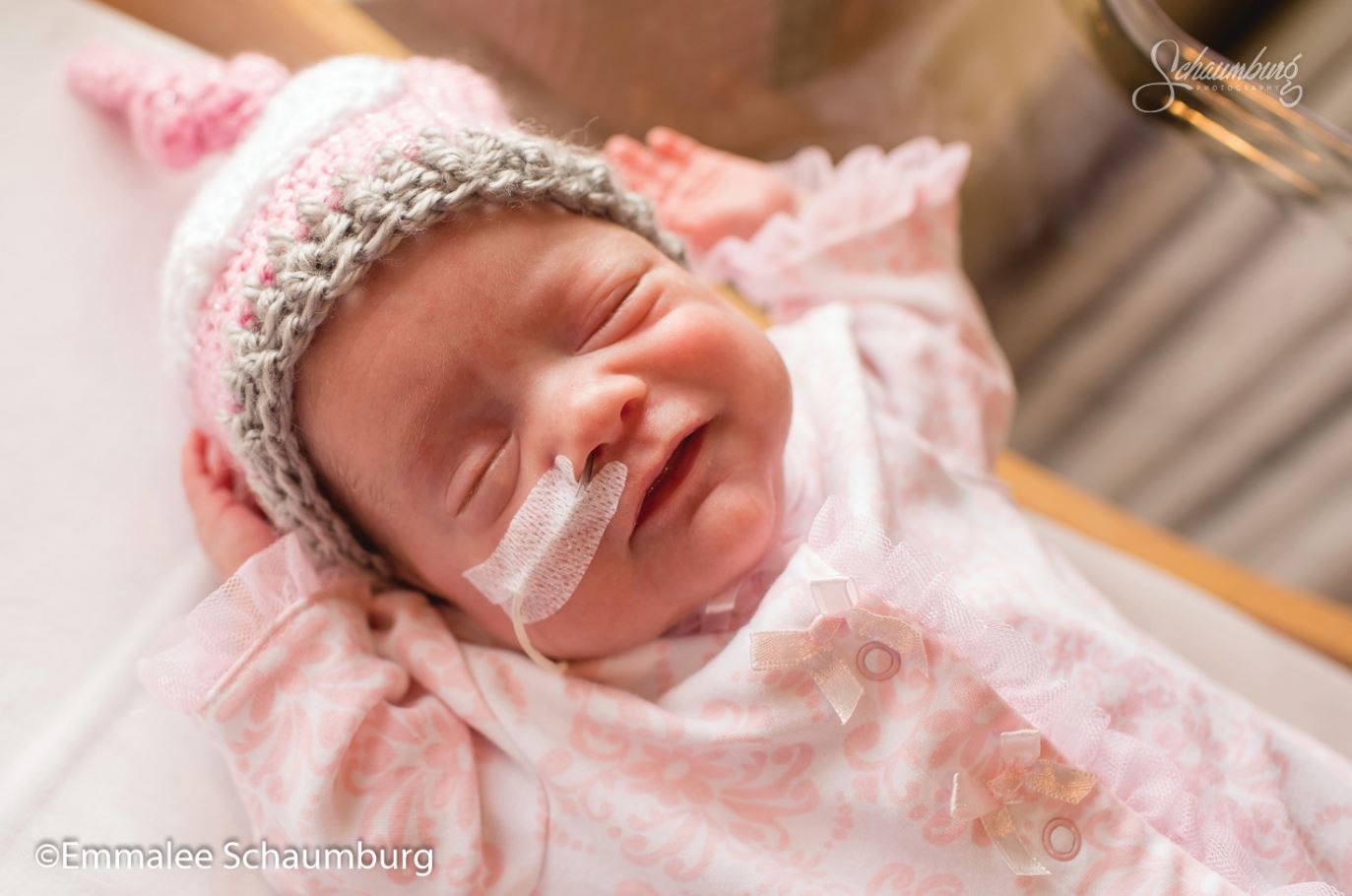 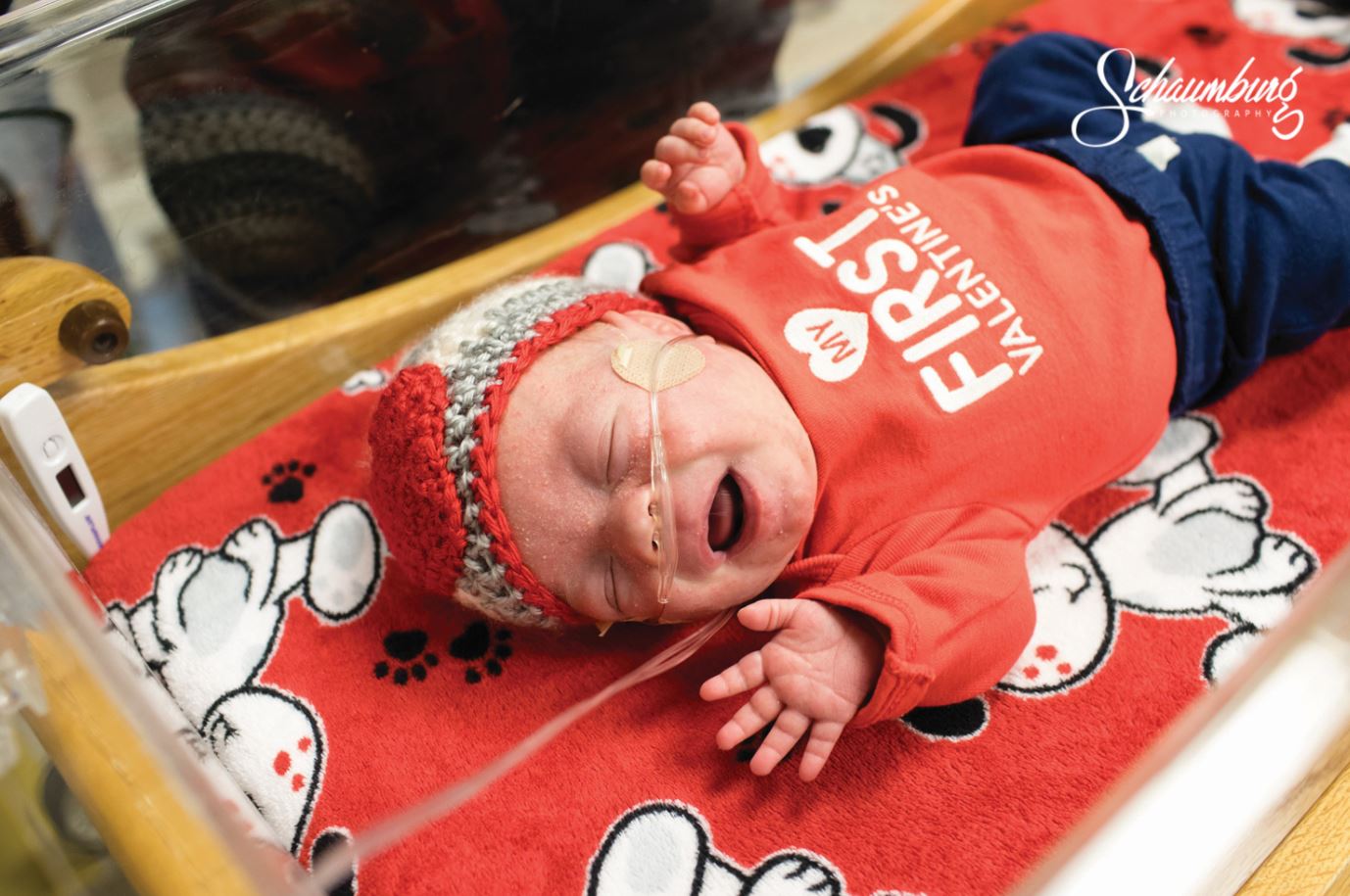 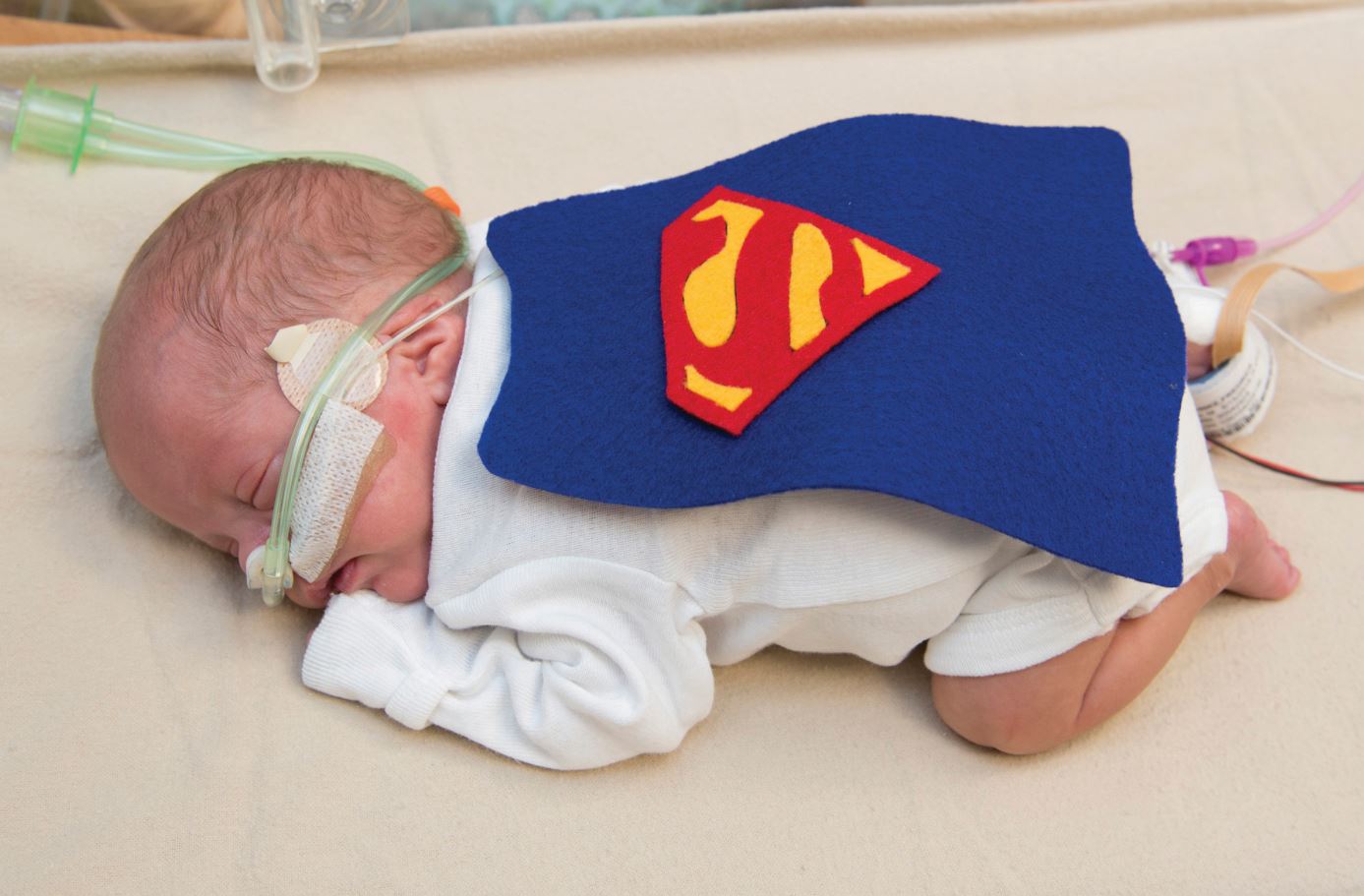 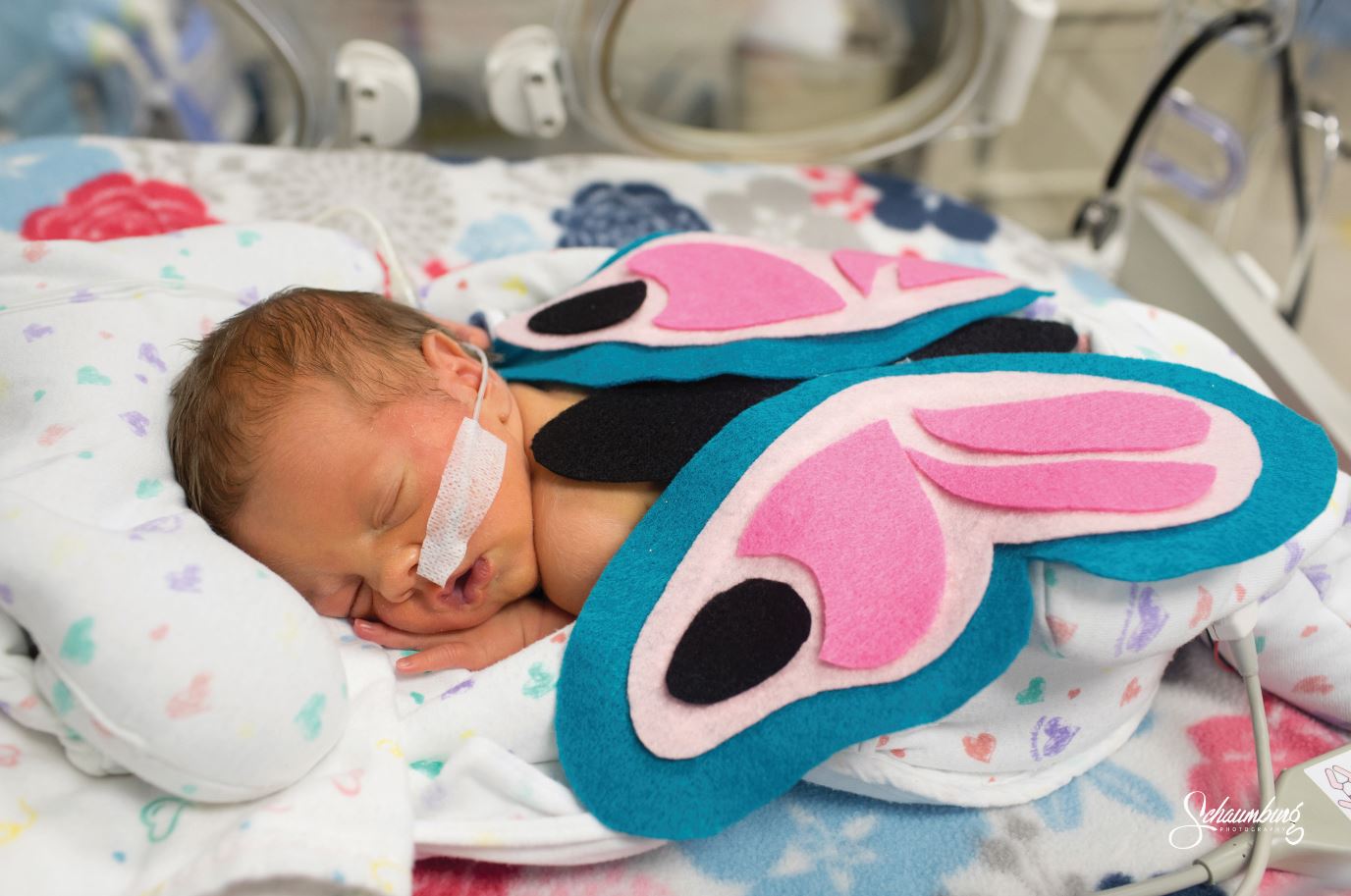 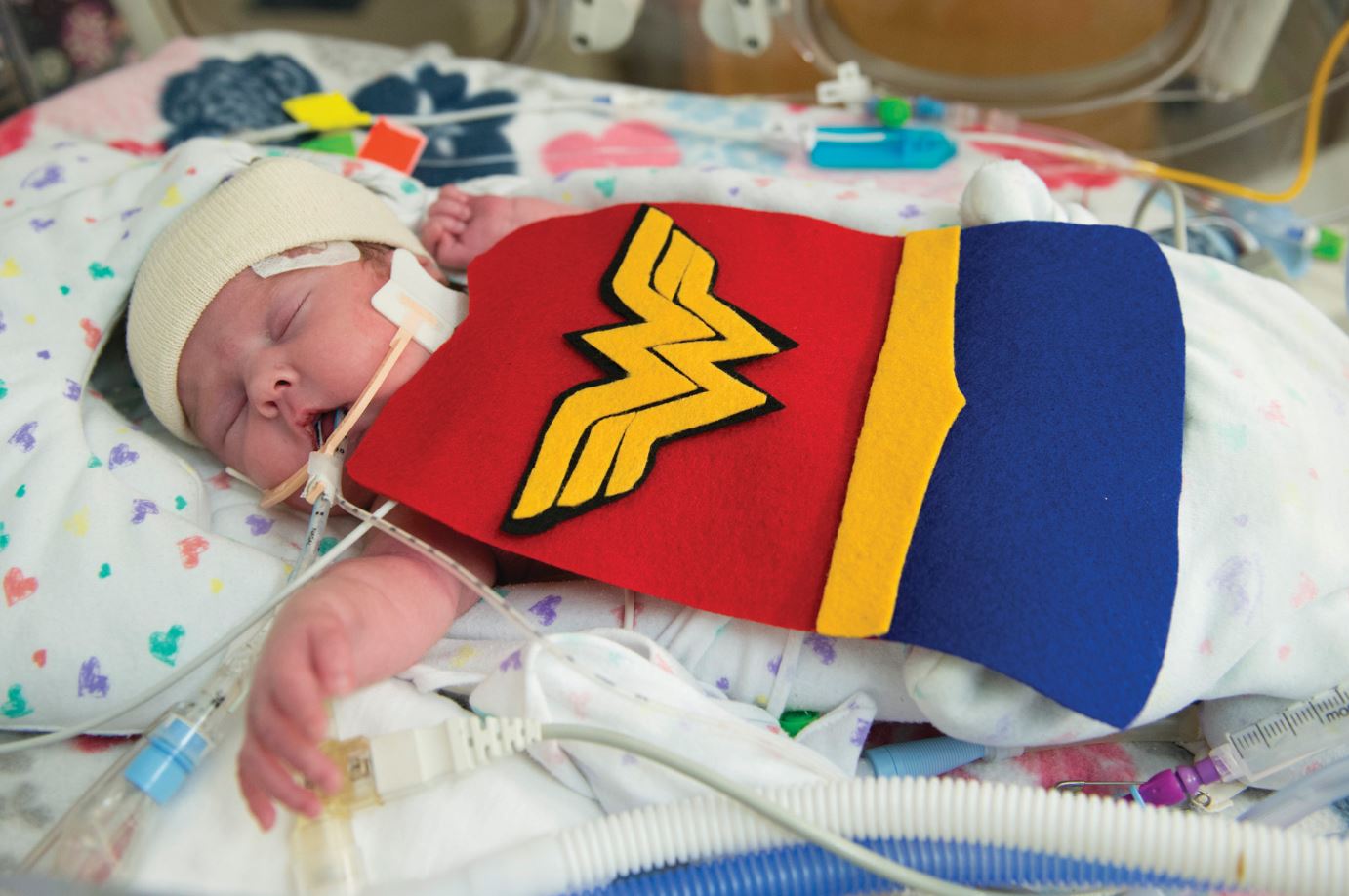 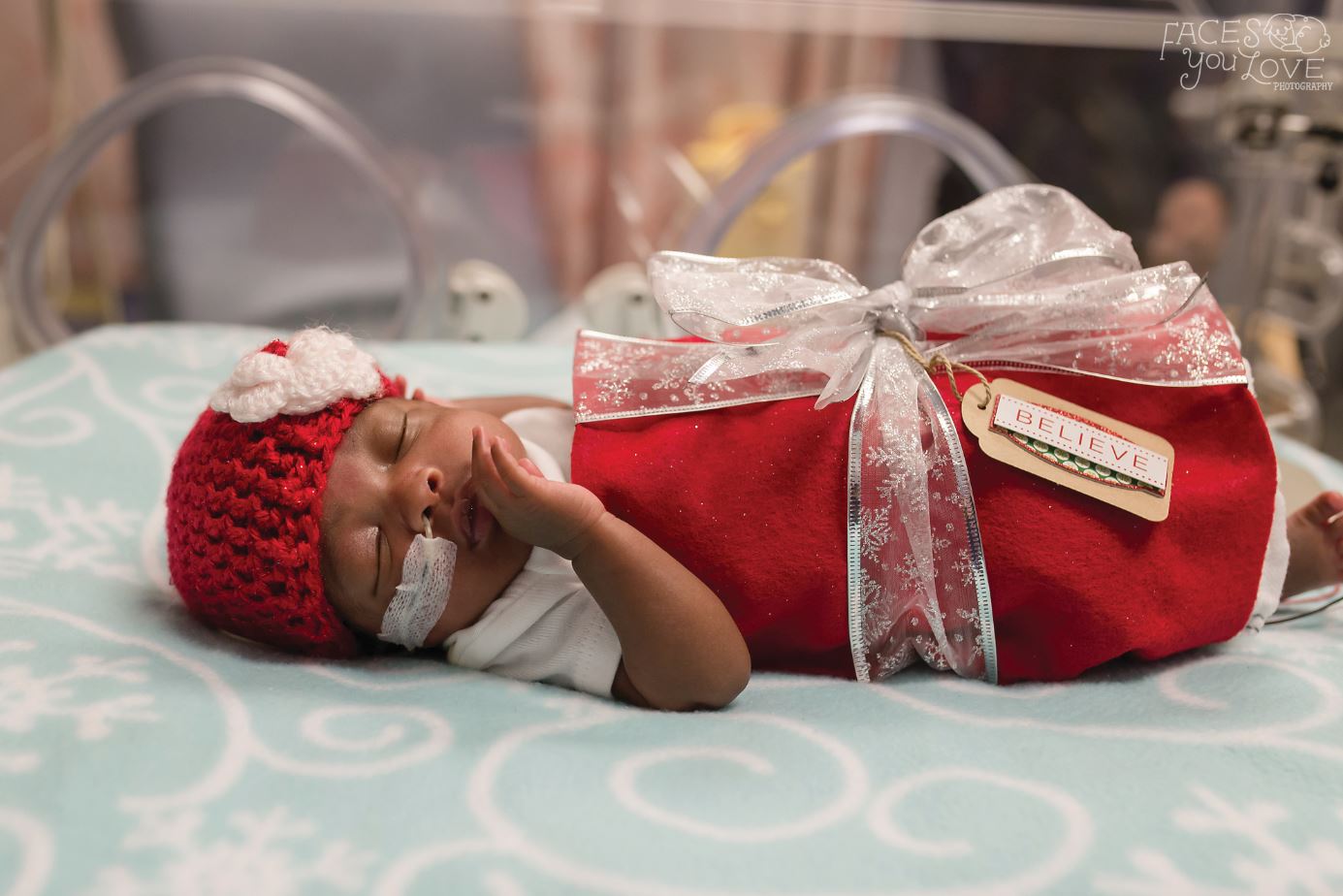