“The first day they put me in therapy, I enjoyed it because I knew I was going to get better.” -Jerry Dabbs

Jerry Dabbs vaguely remembers falling and hitting his head on his way down to the dock at Table Rock Lake.

He and his wife were on a weekend getaway from their home in Raytown when he stepped off a retaining wall, not realizing just how tall it was.

The next thing he remembers was coming in and out of consciousness as he was being air lifted to a nearby hospital in Springfield.

When they arrived, a doctor told his wife Jerry needed to undergo surgery right away. He had broken several vertebrae and suffered an incomplete spinal cord injury.

“I remember going into surgery and not being in any pain,” Jerry said. “After that, I woke up in the hospital room and felt nearly paralyzed—I could hardly move at all.”

Following the surgery, he stayed in the hospital for about a week but was not getting much time to work with therapists. He knew he needed a higher level of one-on-one rehabilitative care in order to make any progress.

His wife found Saint Luke’s Rehabilitation Institute in Overland Park—the only comprehensive inpatient rehabilitation hospital of its kind in the Kansas City region with leading-edge robotic equipment and a team of specially trained experts.

“When Jerry first came to us, he wasn’t even able to sit himself up on the side of the bed,” said Dr. Brad Steinle, medical director of Saint Luke’s Rehabilitation Institute. “He was very weak in his arms and legs and couldn’t walk at all.”

Each day, Jerry worked with physical and occupational therapists for hours over multiple sessions. He worked on moving his hands and fingers with the robotics, core strength, balance to sit upright, stability, and much more.

“The first day they put me in therapy, I enjoyed it because I knew I was going to get better,” Jerry said. “Every day, I gained a little more strength in my hands and legs, and every day, I was doing something different.”

He progressed quickly to walking with the help of the EksoNR, a robotic exoskeleton designed specifically for neurorehab patients (pictured), and the SafeGait 360° Balance and Mobility Trainer. The SafeGait 360 is an overhead dynamic body weight support and fall protection system that enables safer patient handling and promotes patient confidence as well as faster recovery.

With his physical therapist at his side, he broke ground each day taking more steps each session with less body weight support. And he progressed his balance in the SafeGait 360 by safely working on high level balance tasks such as walking backward, side-stepping, and stepping up onto a step.

After one week of daily use of the SafeGait, Jerry was able to walk safety with a walker over ground.

“Jerry was very motivated, determined, and eager to learn at every session, so we made a lot of progress because of that,” said his physical therapist Mary Rush, DPT. “He worked hard between sessions on his OT and PT exercises and did as much for himself as he could safely do, which helped him progress faster.”

Less than three weeks after he started therapy at the Rehabilitation Institute, Jerry was walking completely on his own and regained most function in his hands and fingers. He was ready to go home.

“He was a model patient as far as doing everything that was asked of him and putting in the work,” Dr. Steinle said. “Even though he got frustrated at times, he continued to work really diligently with the therapists and walked out of here without any sort of device.”

Today, Jerry continues his exercises at home to further his recovery and strength. He looks forward to riding his Sea-Doo and waterskiing at the lake once again.

“Saint Luke’s is a five-star rehabilitation center,” Jerry said. “The entire team from the nurses to the therapists took great care of me and got me to where I wanted to be.” 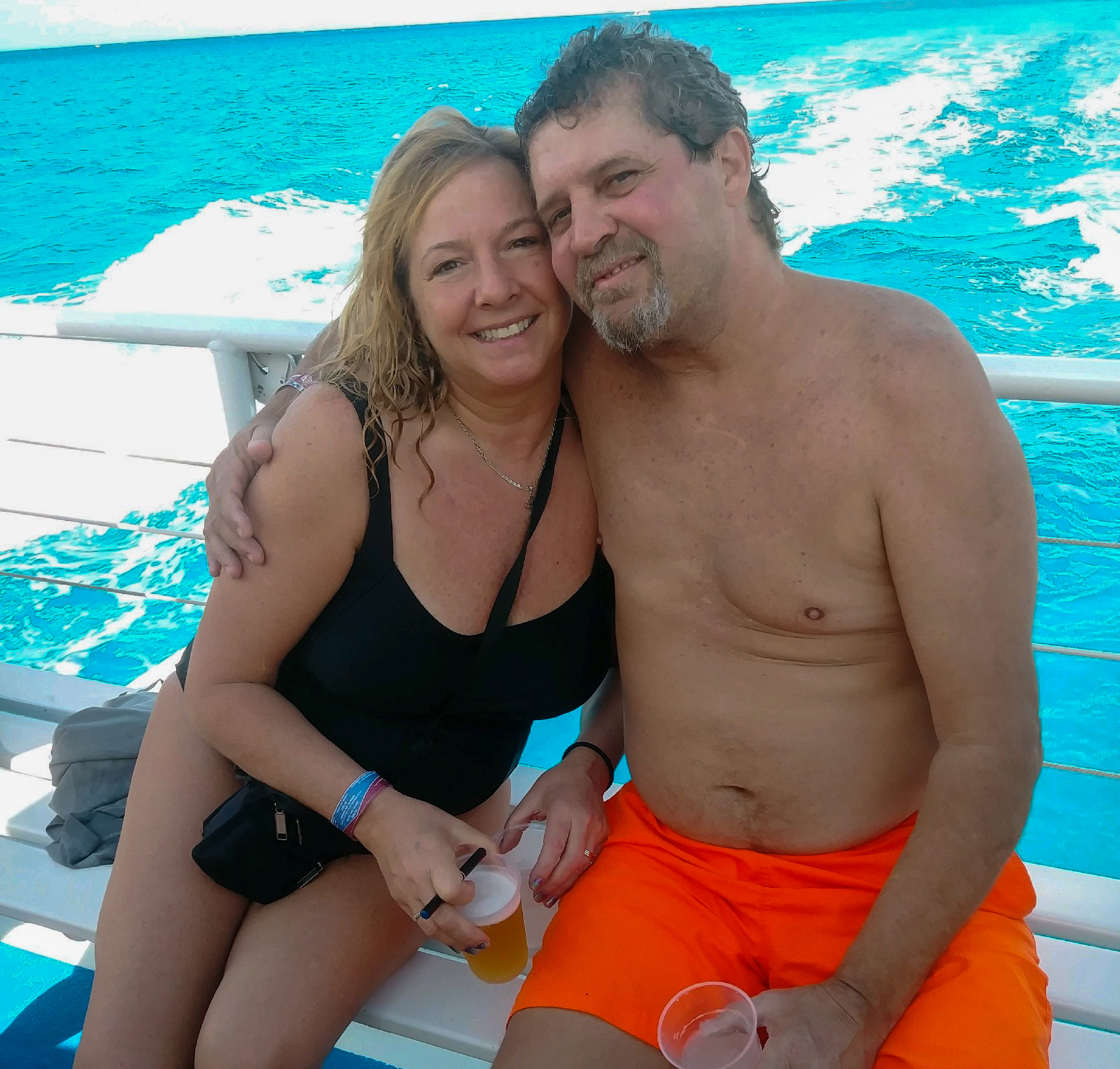 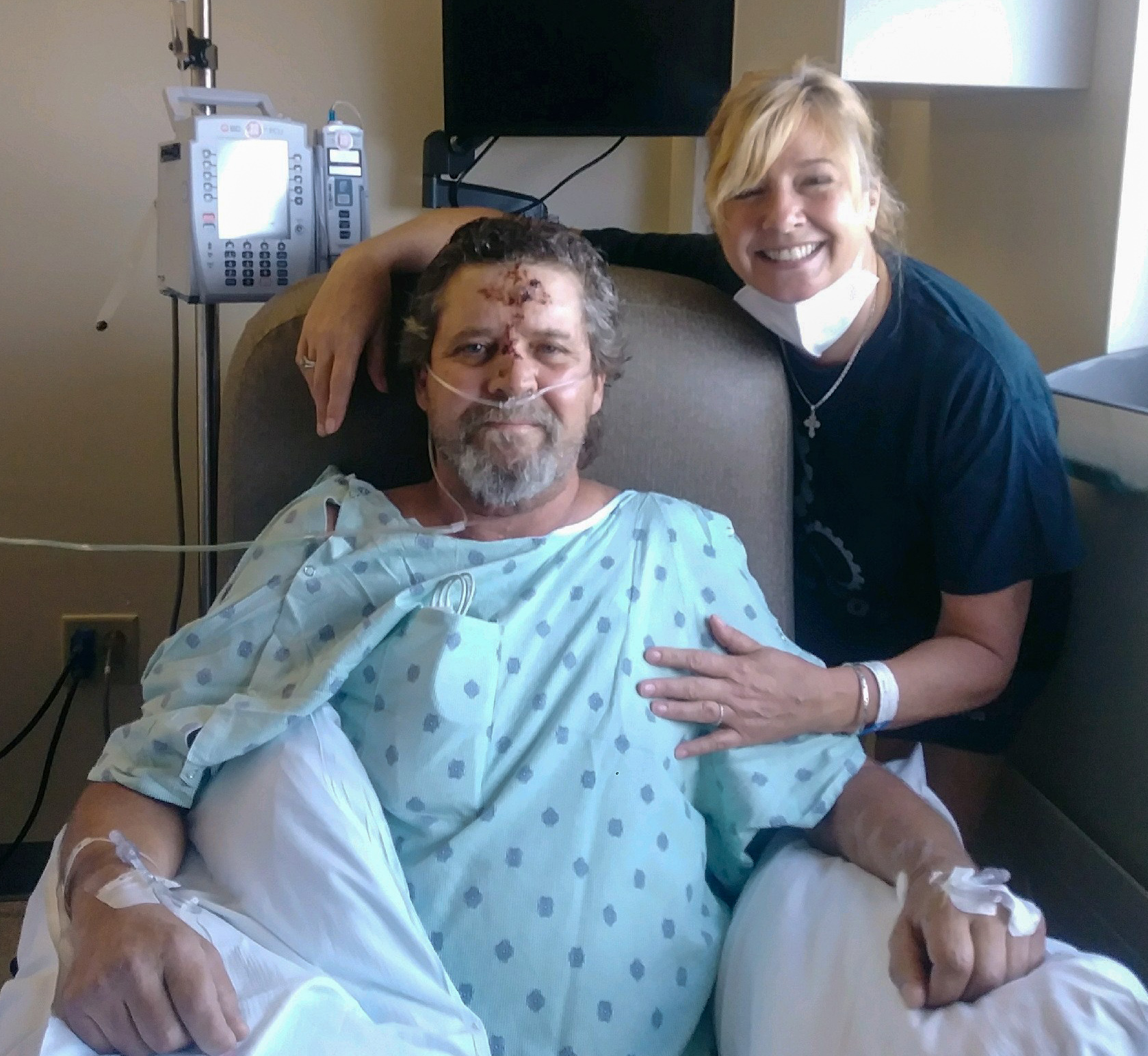 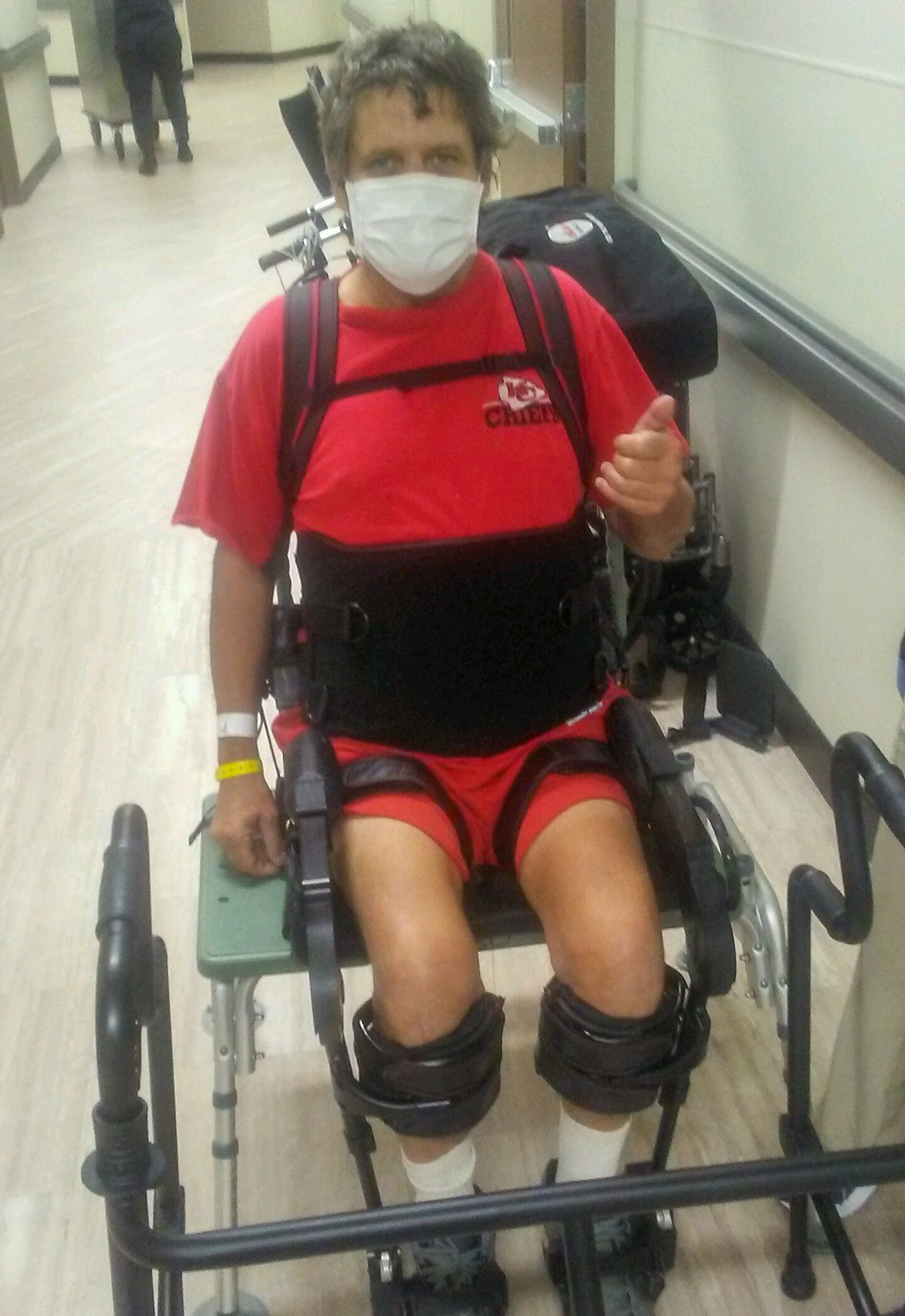 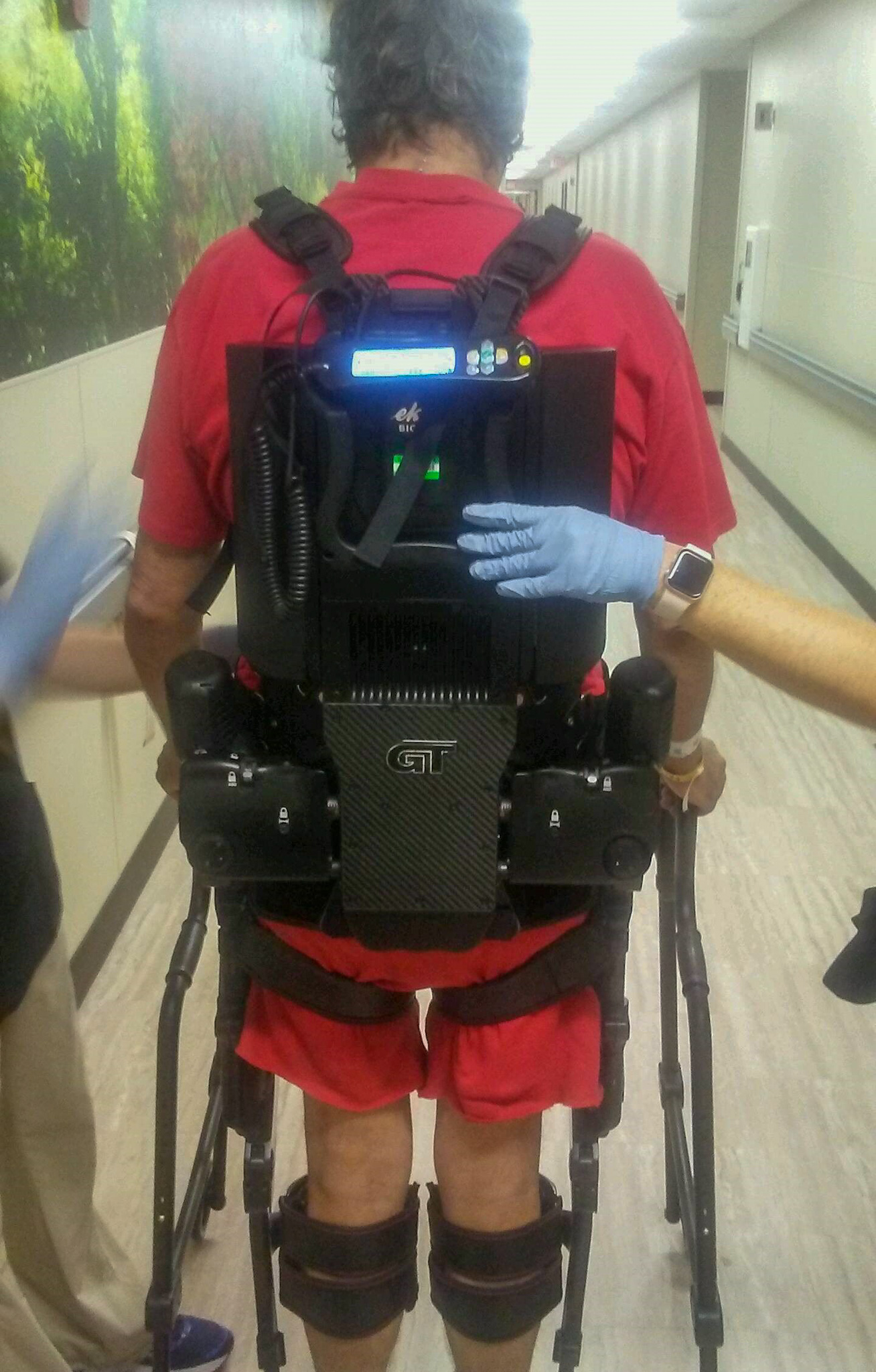 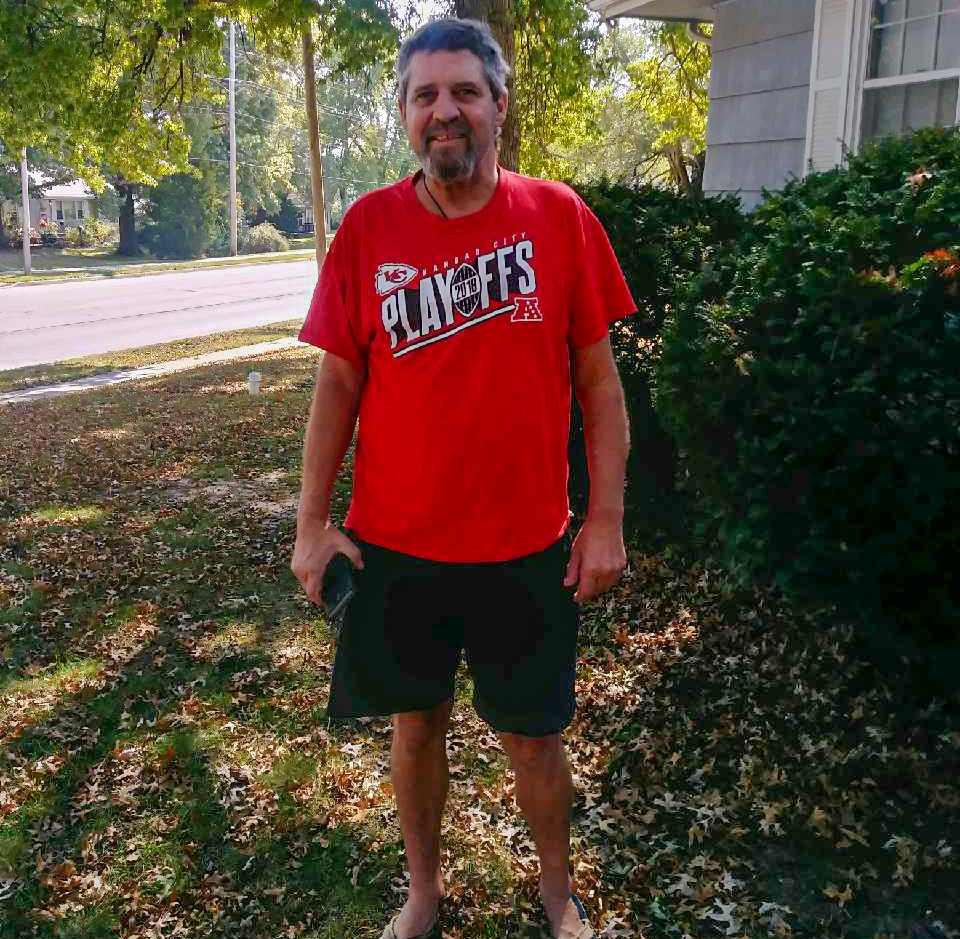