Previous reports have shown racial and ethnic disparities in survival for cardiac arrests outside of the hospital due to lower rates of CPR training in Black and Hispanic communities. However, previous studies have not compared whether these differences were the same in a public setting compared to a person’s home.

“We hypothesized that the difference in CPR bystander rates between Black/Hispanic versus White individuals would be smaller when cardiac arrests happened out in public compared to at home due to having more bystanders around that could help, along with a more diverse makeup of people that may have had CPR training,” said Paul Chan, MD, the study’s senior author and cardiologist at Saint Luke’s Mid America Heart Institute. “But, in fact, we saw quite the opposite—the difference was even larger.”

Researchers looked at more than 110,000 witnessed out-of-hospital cardiac arrests between 2013-2019 recorded in the Cardiac Arrest Registry to Enhanced Survival (CARES).

A comprehensive review of the data showed Black and Hispanic individuals had 26% lower odds for receiving bystander CPR at home compared to White individuals and 37% lower odds of bystander CPR in public. These disparities remained regardless of neighborhood and type of public setting (workplace, street/highway, recreational facility, public transportation, or other).

“These results were important to understand and likely emblematic of other larger social issues that affect health care and treatment,” Dr. Chan said. “In cardiac arrest, you depend on bystanders to respond. Without them, the likelihood of surviving before first responders and paramedics arrive are substantially lower. That’s why this study really brings to light challenges with structural and individual bias that we, as a society, have to confront that may not be as prominent with other medical conditions.”

Researchers noted lower rates of bystander CPR performed at home are likely the consequence of systemic bias. It has been shown that CPR training is less commonly conducted in Black and Hispanic communities and dispatcher-assisted bystander CPR may not be as available as in White communities.

Regarding the lower rates of bystander CPR performed in public settings, individual implicit and explicit bias may play a role.

“If it’s an absolute stranger, that’s potentially where bias comes out the strongest, even though you may have the greatest number of bystanders present,” Dr. Chan said. “When somebody goes down, bystanders may hesitate to respond because of implicit bias about whether they should or whether it’s safe. And if it’s a White individual that goes down, there may be fewer assumptions, and we found this to be the case not only in predominately White communities, but also in Black/Hispanic and integrated communities. That is to say, if bias plays a role in lower rates of bystander CPR in Black and Hispanic individuals in public settings, it appears to be present in all types of communities.”

Researchers concluded their findings suggest multifaceted public health interventions may be needed that go beyond CPR training to reduce racial and ethnic differences in bystander CPR. Recommendations from the study include:

“What this study really highlights is that it’s not a one-step solution to just doing more CPR training,” Dr. Chan said. “We need to think about how and where we do it, the images and CPR training materials which we use, and how to engage the public—especially those living in disadvantaged communities—to respond.”

About Saint Luke’s Mid America Heart Institute
Saint Luke’s Mid America Heart Institute, part of Saint Luke’s Health System and a teaching affiliate of the University of Missouri-Kansas City, is one of the preeminent cardiovascular programs in the country. Its legacy of innovation began more than 40 years ago when it opened as the nation’s first heart hospital. Since then, the Heart Institute has earned a world-wide reputation for excellence in the treatment of heart disease, including interventional cardiology, cardiovascular surgery, imaging, heart failure, transplant, heart disease prevention, women’s heart disease, electrophysiology, outcomes research, and health economics. With more than 65 full-time board-certified cardiovascular specialists on staff, the Heart Institute offers one of the largest heart failure/heart transplant programs in the country, has the most experience with transcatheter aortic valve replacement in the Midwest, and is a global teaching site for the newest approaches to opening challenging blocked arteries using minimally invasive techniques. 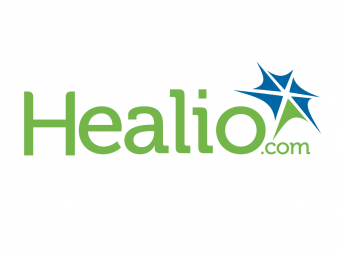