"It was a life-and-death situation for me, and they gave me life." -Luis Cordoba

A subsequent trip to the doctor revealed his blood sugar was 586, more than four times the high end of normal.

Luis spent days in the Intensive Care Unit at Saint Luke’s East Hospital in Lee’s Summit being treated for diabetic ketoacidosis, a condition in which the body produces high levels of acids, called ketones, and produces too little insulin.

The short version: his organs were in danger of shutting down.

“I could have lost my life,” Luis said.

He had brushed off the fatigue, increased thirst, frequent urination, and weight loss—all of which are harbingers of Type 2 diabetes.

His mom had lived to 100. And although cleaning his plate was a long-ingrained habit, he was a regular at his gym. He never considered himself at risk.

That was 2017. His life-or-death emergency became a wake-up call. Luis was determined to be here for his wife, sons, and grandchild. But, he had no idea where to start. He knew nothing about managing diabetes—he never heard much about it.

With guidance from the experts at Saint Luke’s Diabetes Education Centers in Lee’s Summit, Luis learned how to eat well, filling his plate with greens and proteins. Now that his blood sugar is under control, he can treat himself to a small cinnamon roll on special occasions.

Luis took the concepts he learned from his care team, created an action plan, and ran with it—literally. He bought a fitness tracker and took up running and long walks. He challenges himself to 10,000 steps a day, rain or shine.

He’s proud of the 5.6% A1c he’s maintained for the past three years—well within normal.

“It was a life-and-death situation for me, and they gave me life,” Luis said. “The professionals at Saint Luke’s gave me a second chance to live and enjoy life.”

He now works as an addiction specialist, serving the community’s underserved and underinsured. He assists them through their challenges with opioids and other substances.

Luis also is looking forward to taking more walks with his family.

The American Diabetes Association has recognized Saint Luke’s Diabetes Education Centers for 30 years of meeting and exceeding its standards.

Saint Luke’s remains strongly committed to helping our community live well and manage diabetes—for now, with an emphasis on virtual classes—on topics that include controlling weight and blood sugar, knowing what to eat, understanding medications, and much more. 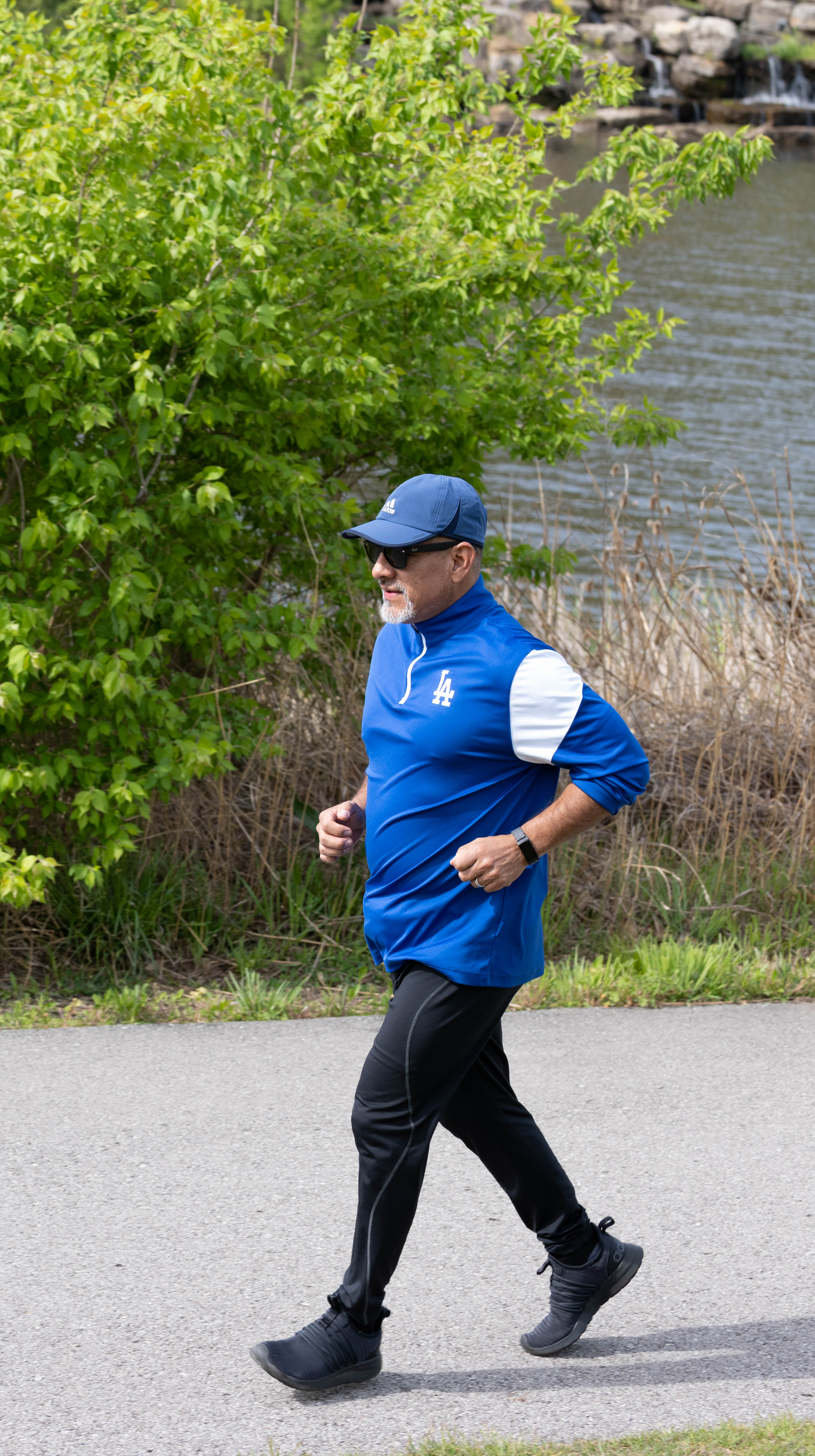