“If we didn’t have Wright Memorial Hospital nearby, I would hate to see what could have happened to me in my scenario.” -Dustin Cox

Dustin Cox suffered a stroke while at work in Trenton, Missouri. It was the fast actions of the staff at Wright Memorial Hospital, however, that kept him stable until he arrived at Saint Luke’s Hospital of Kansas City.

Dustin, 45, works at MFA Agri Services in Trenton and was wrapping up his shift one evening when he lost his balance and dropped a can of soybeans, which he thought he was still holding. He didn’t feel any pain, but his two coworkers who were still there could tell something was wrong. They sat him down in a chair and called 911.

The ambulance transported him to Wright Memorial Hospital – one of Saint Luke’s critical access hospitals – where Dr. Stephen Meirose and nurses did a CT scan and suspected he had a stroke due to a blood clot in a vessel going to the brain.

“He almost looked normal, but there was something odd that made me think maybe he was having a stroke,” Dr. Meirose said. “He was having a little difficulty speaking. Some of his words weren’t making sense, so there was definitely something going on it seemed.”

The staff at Wright Memorial assessed Dustin’s condition and stabilized him until he was air-lifted to the Marion Bloch Neuroscience Institute at Saint Luke’s Hospital of Kansas City. Dr. Meirose says that if it weren’t for Wright Memorial’s proximity to him, Dustin likely wouldn’t have received medical attention in time.

“With the advent of intervention for strokes, it’s amazing what can be done and how quickly it can be done to decrease any damage from a stroke,” he said. “Saint Luke’s stroke intervention and abilities is one of the safest and best there is in the world. We’re fortunate to have it here.”

“If we didn’t have Wright Memorial Hospital nearby, I would hate to see what could have happened to me in my scenario,” Dustin said. "I’m 45 years old, I’m not in the typical stroke age range. They told me I’m proof that it does happen to people my age.”

When he arrived at Saint Luke’s in Kansas City, Neurologist and Co-Director of the Marion Bloch Neuroscience Institute Dr. Christine Boutwell introduced herself to him. She said, “Mr. Cox, you’ve had a stroke, and we’re going to administer the clot-busting medicine and an IV.” By the time Dustin’s wife arrived in Kansas City, she could already tell a world of difference.

Dustin spent his first 24 hours at Saint Luke’s Hospital in the ICU where they discovered a possible cause of the stroke. He had a hole between the upper two chambers of his heart. This defect is found in about 25% of Americans and doesn’t usually cause life-threatening issues, but it can allow a blood clot to travel to the brain. He received treatment at Saint Luke’s for three days and went back to work after a week of rest.

“Everybody at Saint Luke’s was really professional, and the nursing staff was outstanding,” Dustin said. “We were very impressed with the way things happened and transpired. This hospital is essential to this area as far as we’re concerned. I’m a prime example of that.”

Dustin has worked at MFA Agri Services for 15 years and is currently the manager at the location in Trenton helping farmers with seed, grain, and feed. He and his wife were both raised in Trenton and now live on a family farm five miles outside of town with their three children.

“I’ve gained knowledge. I’ve always known the warning signs, but now I sit down and tell myself to watch it closely now.”

Saint Luke’s guide to spotting a stroke is BE FAST.

B – Balance, sudden loss of coordination

F – Face, look for the droop on one side. 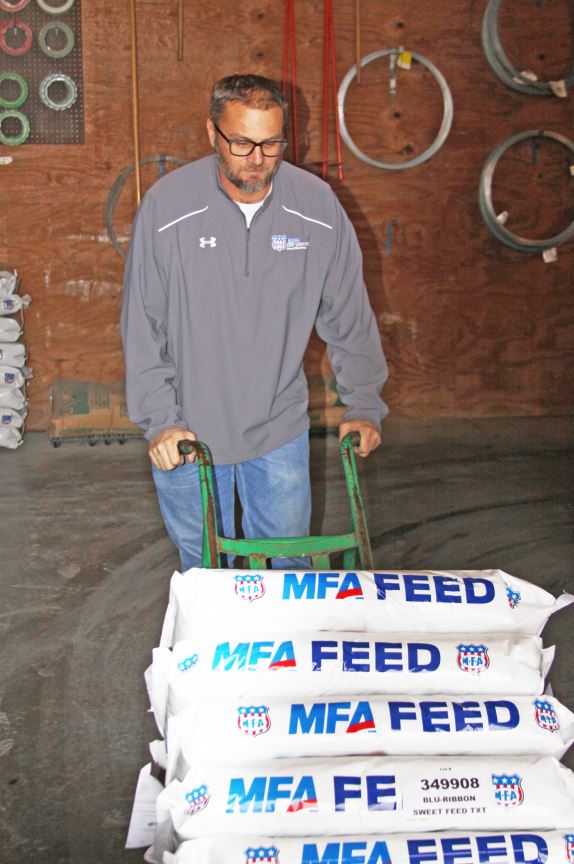 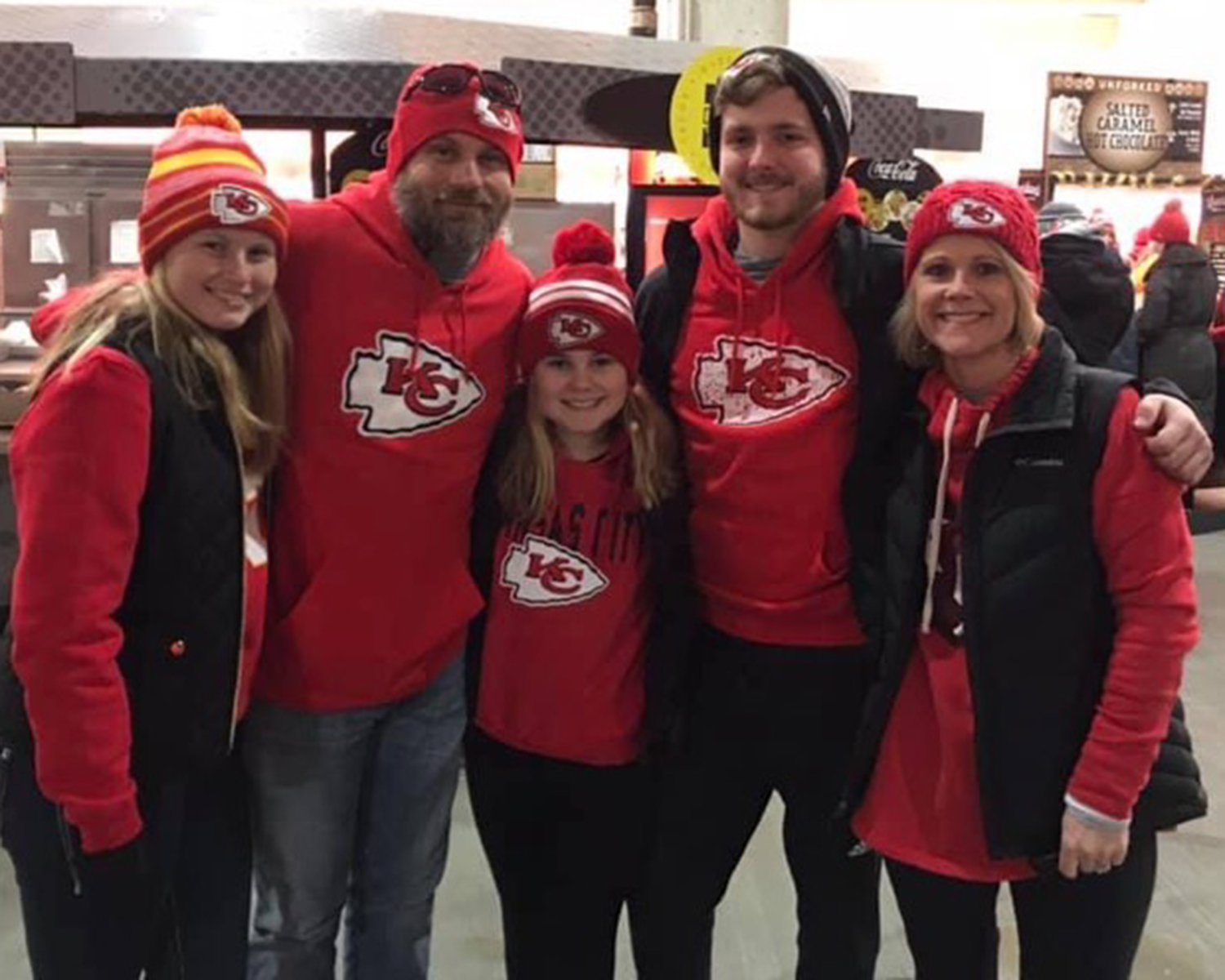 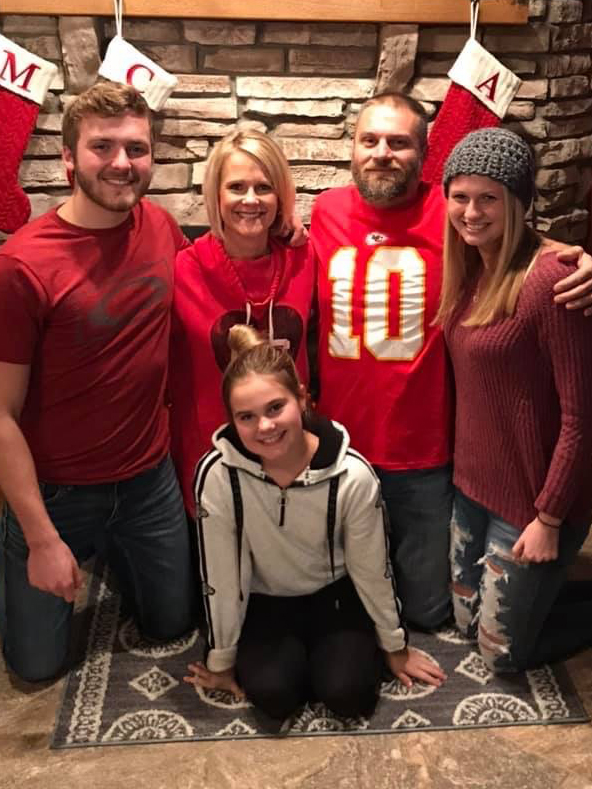