“Health care is a top priority for our family, and I don’t think you can put a distance on that.”  -Chelsey Heston

When Chelsey and Jeremy Heston were expecting their fourth child, they didn’t know if it was going to be a blue or pink surprise… but they did know they would be going to Saint Luke’s.

The parents who live north of Oskaloosa, Kansas, drive over an hour each way to come to Kansas City for expert maternity care, even though they pass several other hospitals along the way.

Although it would mean more gas and countless hours spent in the car, the decision was a no-brainer for Chelsey.

“Health care is a top priority for our family, and I don’t feel like you can put a distance on that,” Chelsey said. “Whether it be delivering a baby or if our kids are sick, it’s worth the peace of mind to make that drive because I feel confident with what they tell me.”

Out of her extended family, this would be the 21st baby delivered at Saint Luke’s Hospital of Kansas City.

As soon as Chelsey checked in to be induced, she saw a familiar face that made her feel at ease. Lindsey Ackerson, the same nurse who helped deliver her third child six years ago, was there orienting a new nurse and took on Chelsey as her patient.

“I came in at 7 that morning and, with it being my fourth, planned to have the baby in the afternoon, but the baby had other plans and arrived 15 hours later at 10:11 that night,” Chelsey said. “Lindsey stayed four hours past her shift so she could be there for my delivery.”

“I had a special connection with Chelsey; the change of shift was approaching, and she was getting close, so I did what I could to stay,” Lindsey said.  “Then everything worked out the way it was supposed to, so it just kind of felt like it was meant to be.”

Lindsey helped Chelsey move around as much as possible, held the monitors in place as she bounced on the ball, helped shift her to different positions, and kept her comfortable as the hours slowly ticked away.

When her obstetrician came back in the room late that night for another check on Chelsey’s progress, she was still not fully dilated. But by the time he got to the door, Chelsey knew it was time. The Labor and Delivery team was prepped and ready to go, and within minutes, Chelsey delivered a beautiful, healthy baby.

“I heard my husband say, ‘it’s a girl!’ and tears immediately started falling,” Chelsey said. “It was very emotional. We had two boys and a girl; she completed our family perfectly. For the most part, everyone in our family was Team Girl.”

Vail Margaret Heston arrived on June 14 at 8 pounds, 19 ½ inches long, and with a full head of hair.

“Seeing these babies be born is really seeing the fruits of our labor,” Lindsey said. “We work so hard to make our patients comfortable and gain their trust. So, seeing their babies be delivered is the best part of the day.”

After a 24-hour stay, the Hestons went home on Father’s Day morning with the best gift of all.

Learn more about Saint Luke’s Maternity and Neonatal Services and find an OB-GYN. 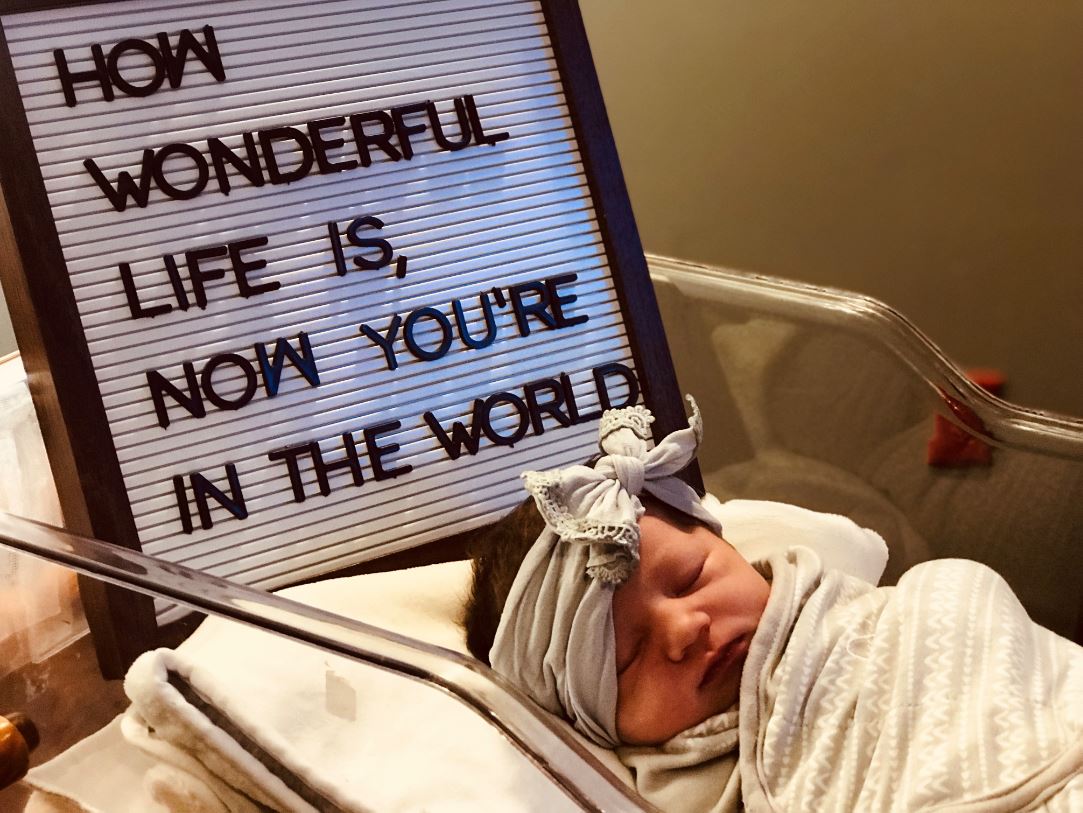 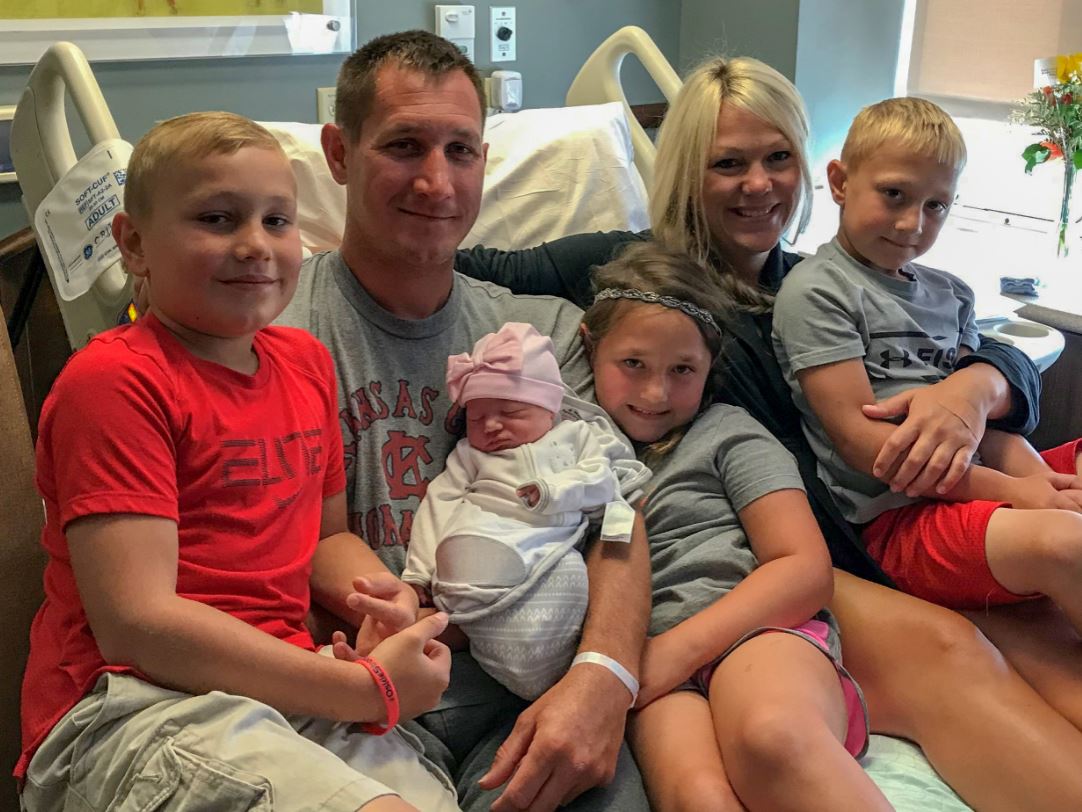 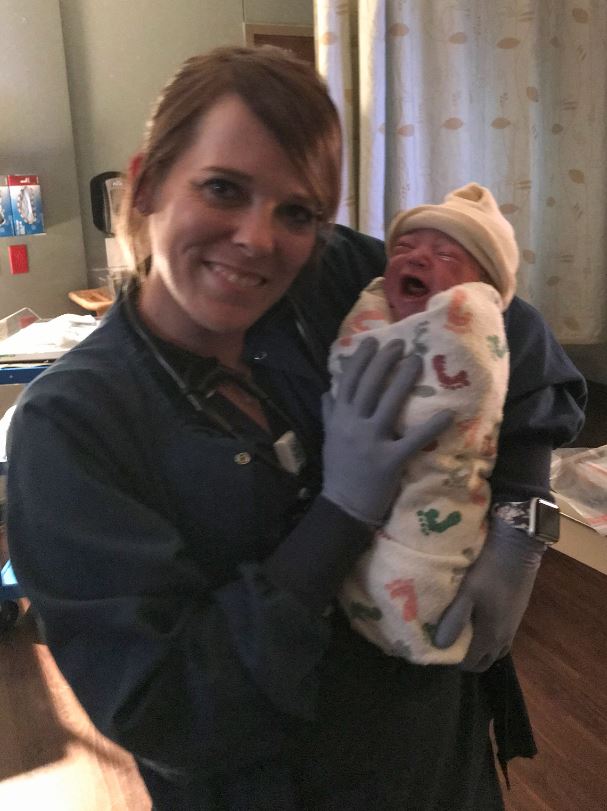