“I was comforted by the feeling that Saint Luke’s had a team of caring professionals who would shepherd me through what lay ahead.” —Johanne Blackburn

Johanne Blackburn dreaded getting a second colonoscopy. She had one in 2002 in Quebec, Canada, where she lived at the time. The doctor performed that colonoscopy in a communal setting with other patients and no sedation.

Five years later, she was supposed to have another, but life got in the way. She fell in love with Marc Anderson, an American, and moved to be with him in Belmont, California. They married and moved to his family’s farm in Ludlow, Missouri. Soon after, they had dozens of cattle, sheep, rescued horses, and a few peacocks.

Marc and Johanne began seeing doctors at Saint Luke’s based on recommendations from Marc’s California doctor. Both Johanne’s internist and gynecologist—Chris Perryman, MD, and Stacey Algren, MD—encouraged her to get another colonoscopy.

Johanne scheduled her colonoscopy appointment. All the grit and determination she had built up over the years would soon come in handy.

Johanne’s colonoscopy at Saint Luke’s was a much more comfortable experience than the one in Quebec.

“Like the Ritz compared to a roadside motel,” said Johanne.

Johanne's husband was ill the day of the procedure so she told her nurse she'd have to take a cab to a nearby hotel. Her nurse Sherry said someone needed to be with her after the procedure.

Sherry agreed to go with Johanne to the hotel.

Johanne told the anesthesia nurse how much pain and discomfort she experienced during the first colonoscopy. The nurse assured her that wouldn’t be the case at Saint Luke’s.

The next thing Johanne remembers is her doctor saying he had discovered a large mass in her colon. It was likely cancer.

Other than some mild constipation and a rare spot of blood in her stool, she had been feeling great. She certainly did not expect this.

After the procedure, Johanne was glad to have Nurse Sherry’s company. The two talked and laughed in the cab. At the hotel, Sherry wouldn’t leave her at the door. Instead, she came to the room and insisted Johanne lie down.

“I was comforted by the feeling that Saint Luke’s had a team of caring professionals who would shepherd me through what lay ahead,” she said.

A short time later at Saint Luke’s Hospital of Kansas City, Surgeon B. Todd Moore, MD, removed a large tumor, about 12 inches of Johanne’s colon, and a dozen lymph nodes.

He was able to do the surgery laparoscopically, with just four small incisions in the abdomen. A pathologist found cancer cells in a few of the lymph nodes. Scans showed the tumor hadn’t spread. Johanne officially was diagnosed with Stage 3B colon cancer. She was going to need chemotherapy to attack any remaining cancer cells.

Johanne soon was back on the farm, healing quickly, and preparing for the next steps.

Her Saint Luke’s oncologist, Addison Tolentino, MD, recommended 12 cycles of a chemotherapy combination. For inspiration, she read her husband’s military histories on the bookshelves in the house. He had been a paratrooper in the 101st Airborne Division during the 1950s.

Johanne determined this was her battle; this was her fight. Soon, she realized how much farm life strengthened her.

"On a farm, you can’t control what is going to happen,” she said. “You just have to do what you can and move ahead.”

Her care providers boosted her confidence along the way. She knew she had the best of the best at every step. She shuddered to imagine what would have happened if her doctors hadn’t pushed her into getting that colonoscopy.

“Johanne was lucky that she didn’t wait any longer,” Dr. Moore said.

If her tumor had continued to grow, it might have ruptured or perforated the colon. This would have created a life-threatening emergency requiring open surgery.

Since the COVID-19 pandemic began, many people have delayed screenings or tests, Dr. Moore said.

It’s not just a local phenomenon. A 2020 study found that two-thirds of Americans delayed or skipped scheduled cancer screenings because of the pandemic.

And because people are waiting, Dr. Moore is seeing colon issues that are much more advanced and troublesome.

“Colon polyps that would have been benign have now advanced to cancer,” he said. “The pandemic hasn’t changed the need for screening.”

Dr. Moore said about 70% of patients with Stage 3B diseases will be alive five years later. Only about 14% of colon cancer patients with the next stage, Stage 4 metastatic disease, survive that long.

An ambassador for action

“Nature doesn’t wait,” she reminds them.

She also doesn’t stall when it comes time for her own colonoscopies; she’s had nine since her surgery.

The now 70-year-old has become more assured, adventurous, and assertive in other areas of her life as well.

“You have to open yourself to life’s everyday mysteries and the twists and turns around each bend,” she said.

When Marc passed away in 2015, she decided to stay on the farm and see if she had what it took to make it work.

Throughout her life, she’s made art, but only as a sideline to her job in the fashion industry. She set up a studio in a barn and launched a new business designing and making sterling silver jewelry inspired by nature. 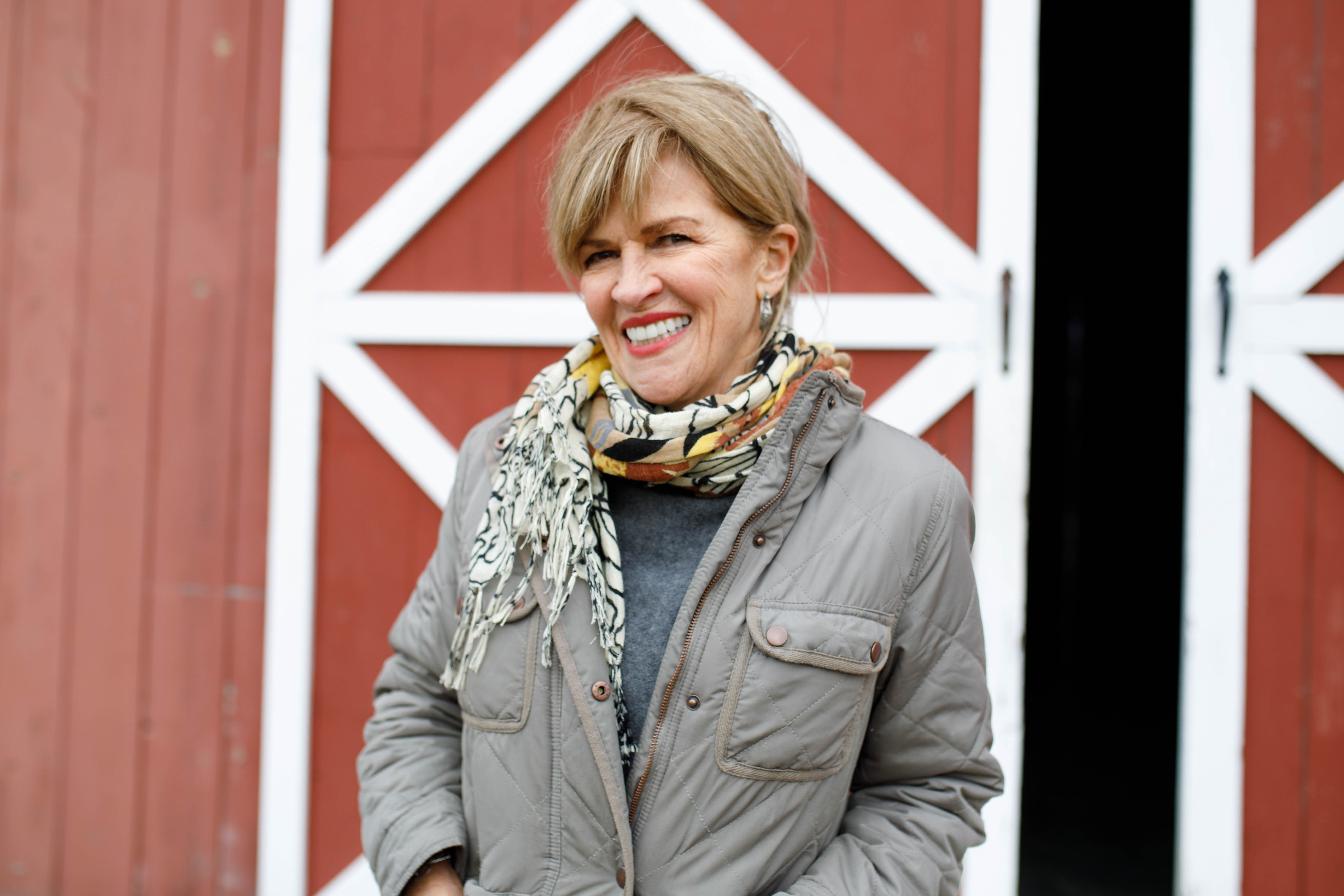