“I feel like it’s given me a new life. I feel free—I don’t worry about having a seizure anymore.” -Beth Foote

The first time Beth Foote had a seizure, she had no idea what was happening.

She was in her 30s and had gone her whole childhood and young-adult life without any significant health issues. The Centerview, Missouri, native was rushed to the nearest hospital’s Emergency Department where doctors ran a series of tests before clearing her to go home.

But it wasn’t long before she had a second.

A doctor told Beth it was epilepsy, and life as she knew it quickly changed.

She lost her ability to drive and, along with it, much of her independence. Her job, which required a lot of driving and working in the field, soon changed to a position in the office behind a desk.

“Everything was disrupted,” Beth said. “I was still able to function, but not being able to drive anymore was probably the hardest thing. Thankfully, I have a wonderful husband who helps keep me on track.”

Beth and her local doctor tried to control her seizures with different medications, but nothing worked well.

She often had clusters, with many seizures happening in a day or a week’s time. Sometimes, it was violent seizures that would last up to 10-15 minutes. One such occurrence resulted in a days-long hospital stay after she fell and badly bruised her face.

But other times, the seizures were mild and only lasted seconds to a few minutes.

“Anytime someone saw me go into a seizure that didn’t know me, they called 911 and an ambulance, which I didn’t need every time,” Beth said. “But the people who knew me learned how to handle the seizures safely, and I could wake up just fine with a headache.”

After a while, Beth came to Saint Luke’s Comprehensive Epilepsy Center. Her new doctor switched her medication that weakened most of her seizures but didn’t stop them altogether.

Several years later, doctors implanted a vagus stimulation device in Beth’s chest to help prevent her seizures. When she felt one coming on, she would activate the device which would send signals along the nerve to her brain.

In Beth’s case, the special implant did the trick about 75% of the time. She was hopeful for the day when a new solution would eliminate her seizures completely.

Then in 2020, Saint Luke’s was one of the few hospitals in the region to obtain a new robotic surgical assistant, called ROSA. The advanced technology was a game-changer in the treatment of epilepsy.

Beth was the first patient to undergo the three-part procedure at Saint Luke’s with the new technology.

Dr. Bartosz Grobelny, a fellowship-trained neurosurgeon at Saint Luke’s Marion Bloch Neuroscience Institute, used the ROSA to create a detailed 3D map of Beth’s brain. With the precision technology, he was able to place multiple electrodes directly into her brain through tiny incisions to detect which area was causing the seizures.

“Before this new technology, it was a much more invasive process—we would’ve essentially had to cut a large piece of her skull and take it off to place electrodes under the surface,” Dr. Grobelny said. “The way we do it now has a much lower risk, faster recovery time, and is much less painful.”

Then, Saint Luke’s Interventional Neuroradiology Team performed a test to see if putting the seizure-causing part of Beth’s brain to sleep would hamper her memory function.

Once Beth passed the test, Dr. Grobelny did a laser ablation to remove the inner part of her temporal lobe that was causing the seizures.

After an overnight stay in the hospital, she was able to return home.

So far, Beth has not had a single seizure since undergoing the novel procedure.

“Beth is the prime example of what a difference this can make in someone’s life,” Dr. Grobelny said. “She was brave enough to take the risk, and now, after years of suffering from epilepsy, she is doing great.”

“I feel like it’s given me a new life, thanks to Dr. Grobelny,” Beth said. “Before, I would avoid talking to people because I was embarrassed that I might have a seizure in front of them. If I felt one coming on in a public place, I would run out and leave everything behind so people wouldn’t see—it was just miserable.

“Now, I feel free—I don’t worry about having a seizure anymore.” 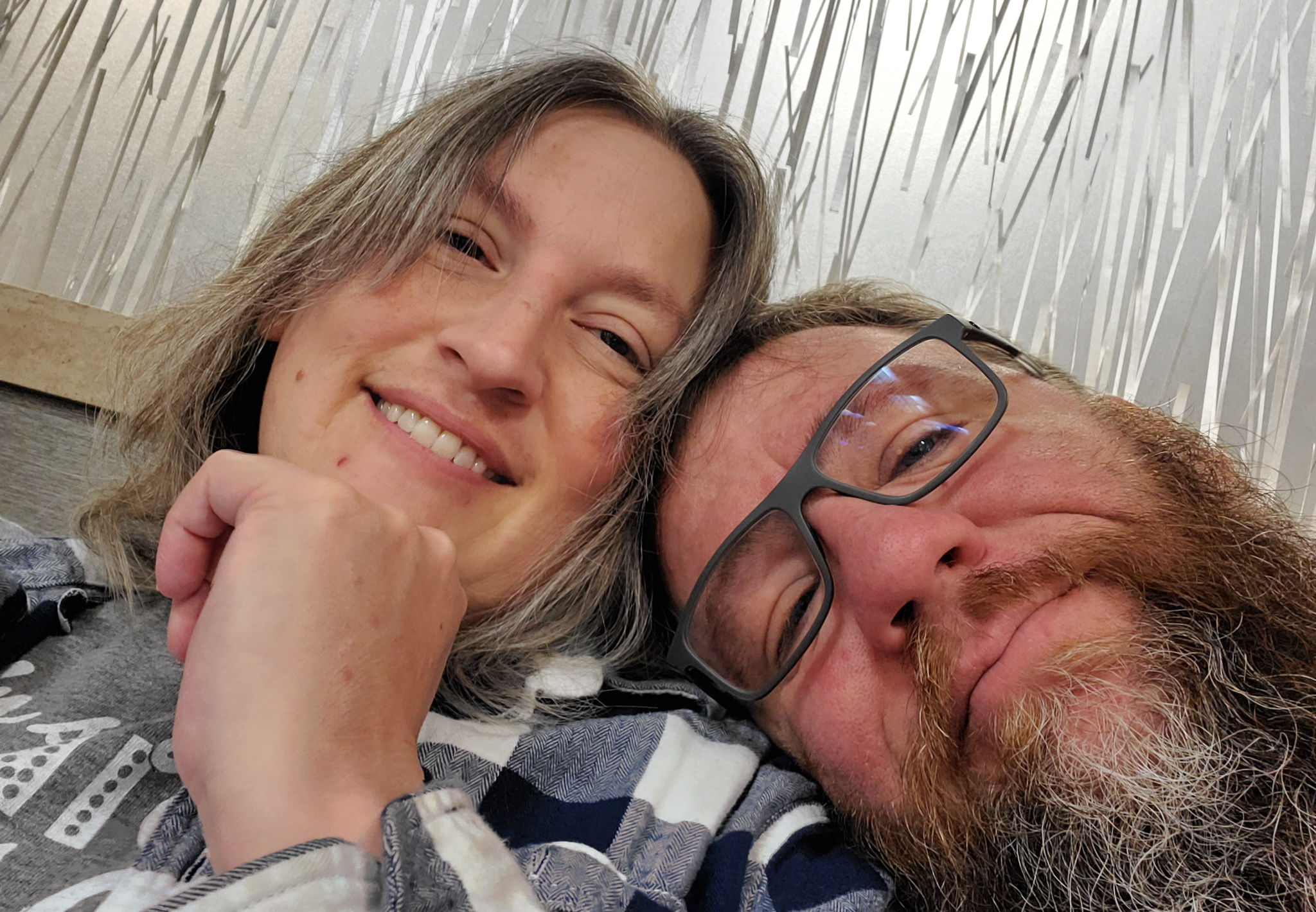 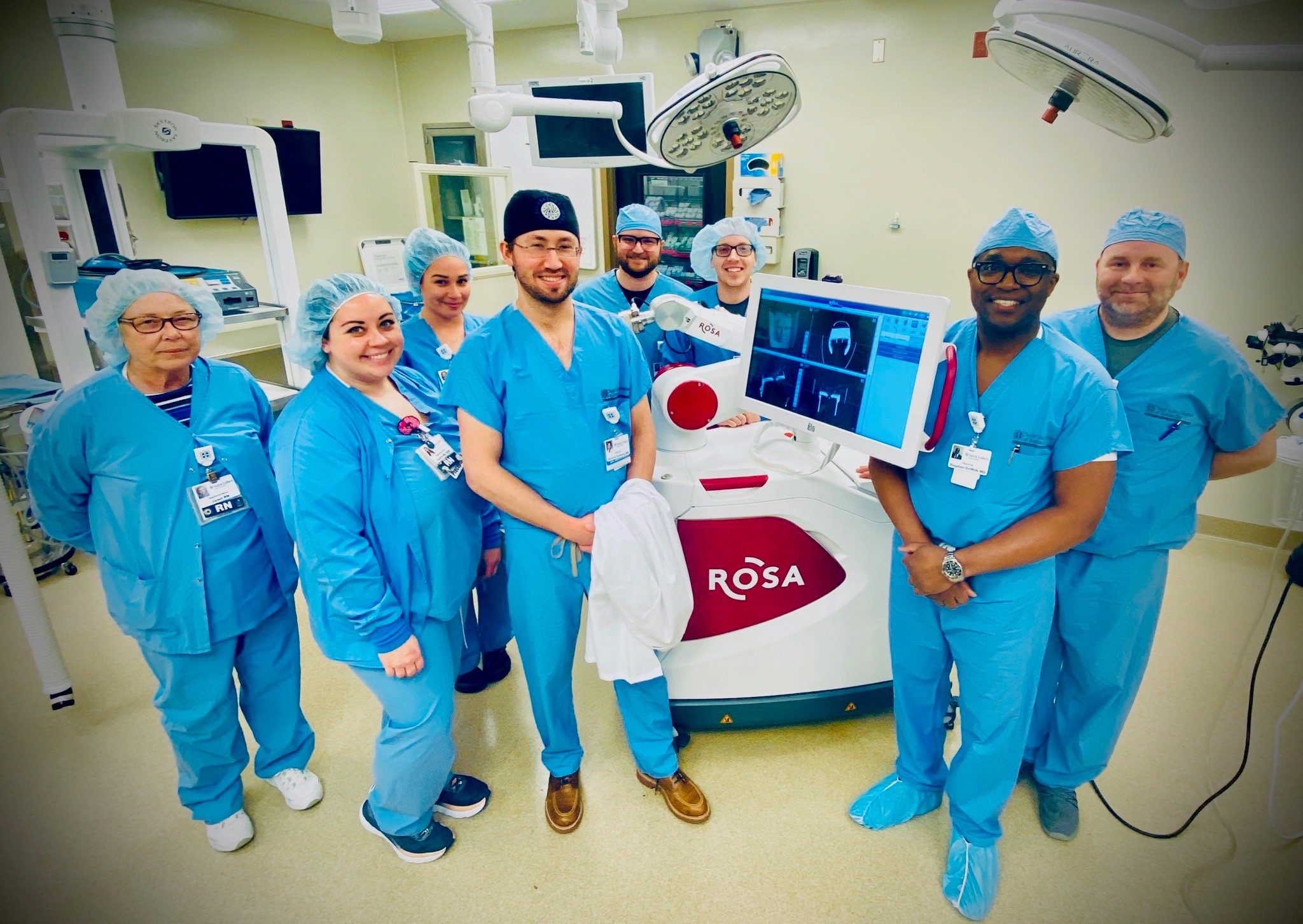 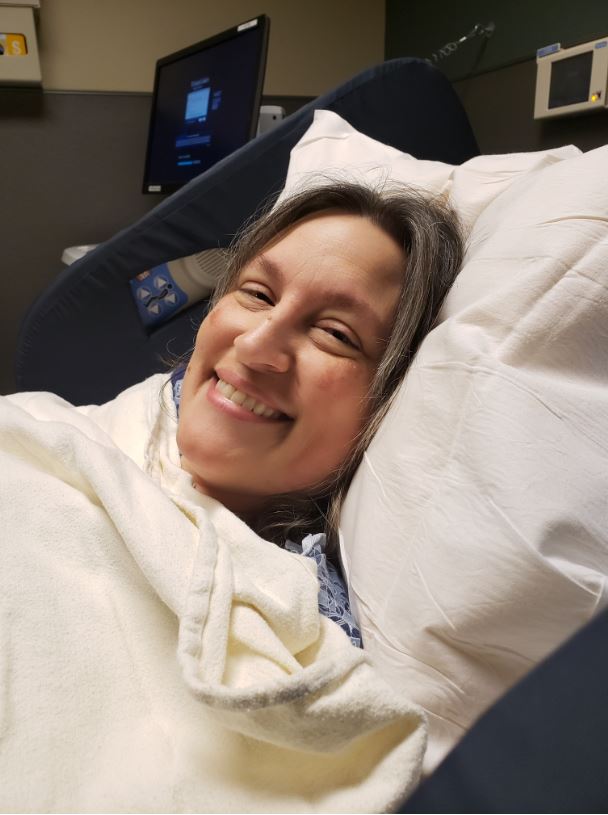 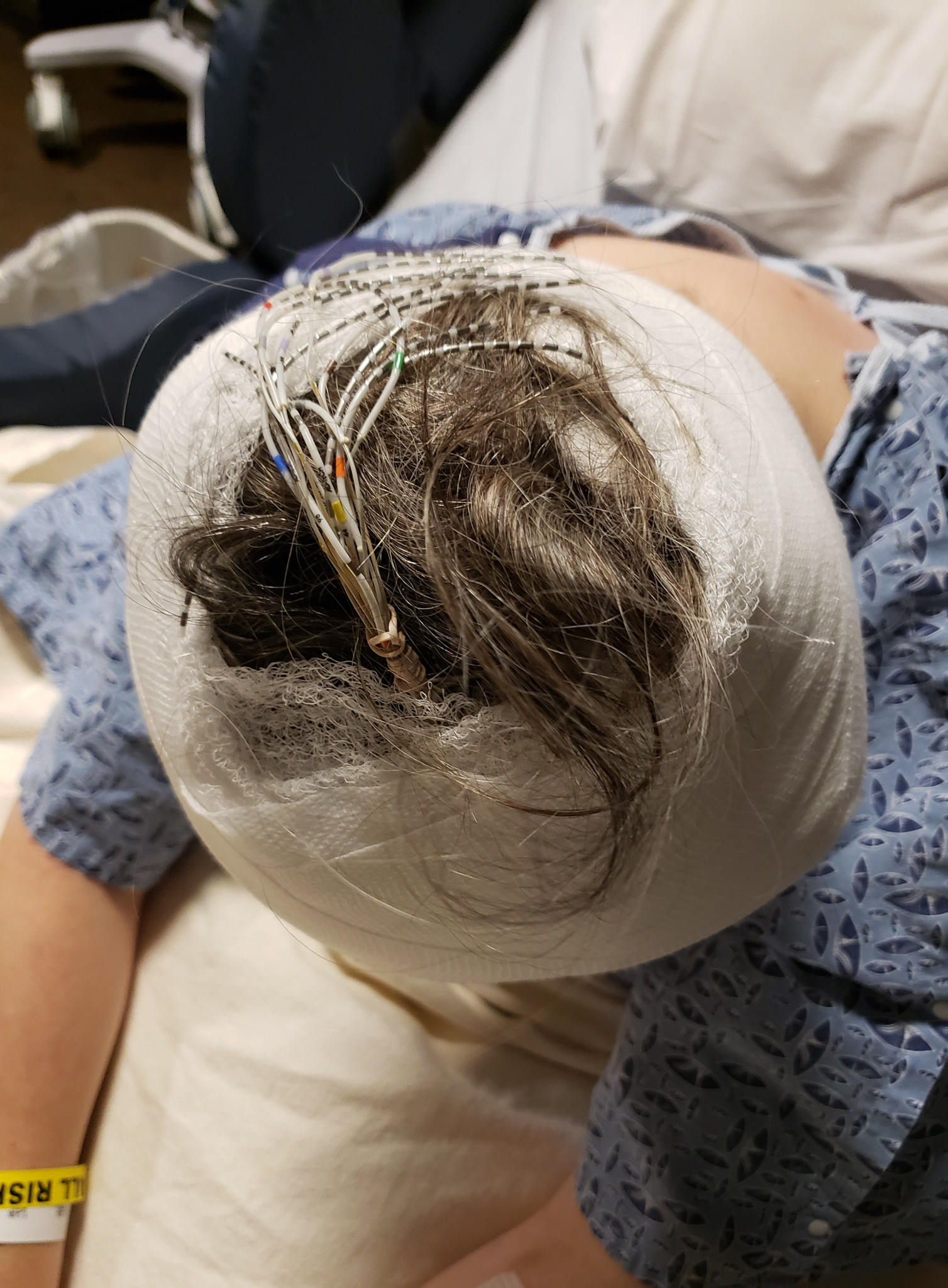 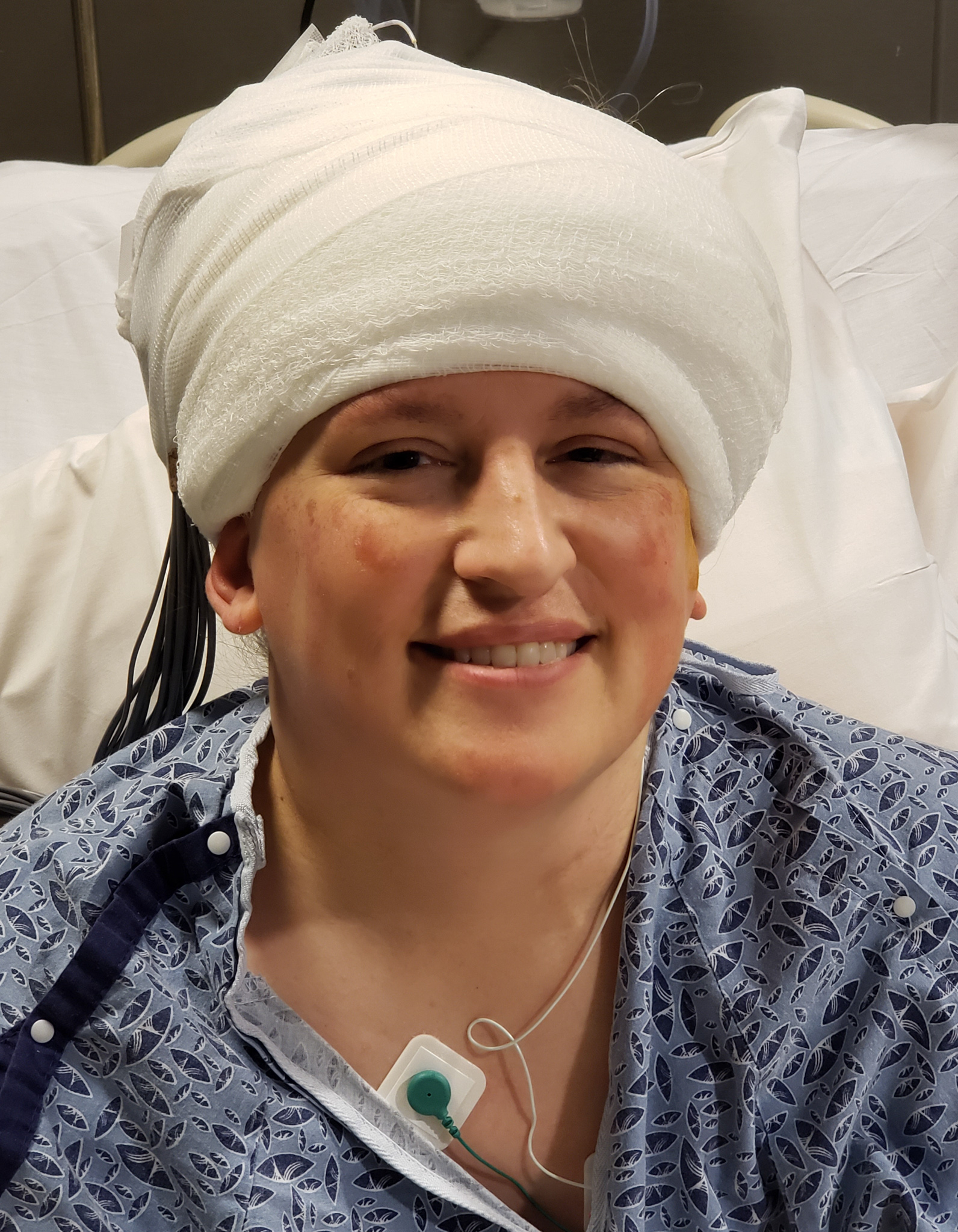 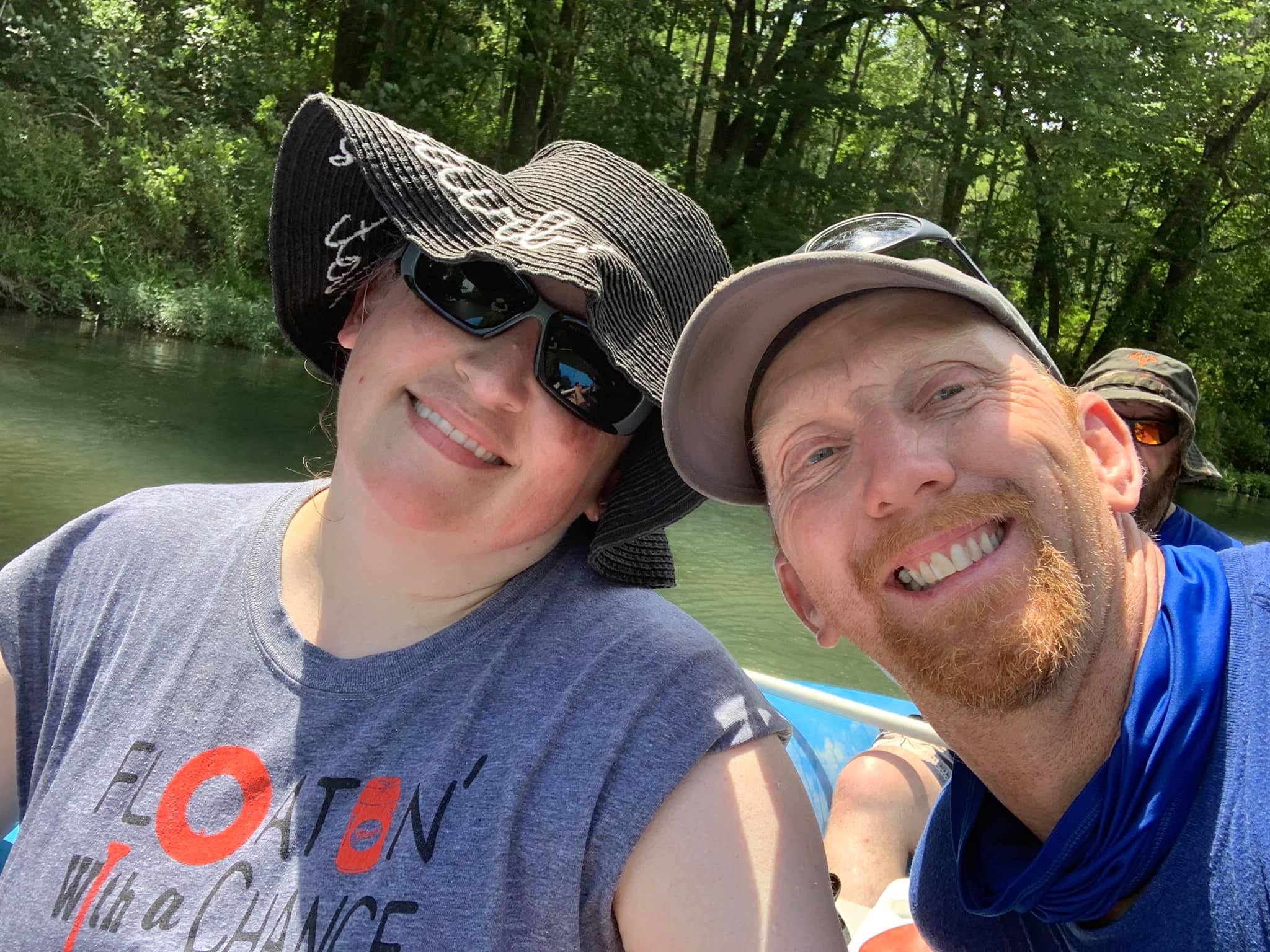