"I’m grateful MS has taught me there are other important things to me." - Sicily Mathenia

Sicily Mathenia loves to act, sing, and dance. Both her parents are musicians who introduced her to performing arts at a young age. She was also a very young age when she received a life-altering diagnosis.

Sicily was only 15 years old when she was on a weekend camping trip with her family. She woke up in her tent and couldn’t feel sensation in the lower-right part of her body. It could move just fine, but she felt nothing when she touched it and couldn’t feel the water temperature in the shower. Her parents thought she may have been bit by something or unknowingly had an injury. They chose to wait it out.

A few days later, Sicily hadn’t regained her sense of touch. She had never felt this way before and was scared. Her mother took her to the pediatrician, who recommended they see a neurologist at Children’s Mercy. This began a year-long series of blood tests, steroid treatments, a spinal tap, and MRIs that showed lesions in her brain and spine, leading doctors to diagnose her with multiple sclerosis.

Multiple sclerosis (MS) is a disease of the brain, spinal cord, and optic nerves. The brain controls the body’s movement, balance, sensation, and reasoning by sending and receiving signals through the nerves. Nerves have a protective covering called myelin. In MS, the myelin is damaged and causes the signal traveling through the nerves to slow or stop. This causes a variety of symptoms that vary from person to person, such as numbness, weakness, or vision changes. There is no cure, but there are many treatments available. MS is most often diagnosed in adults ages 20 to 40, so Sicily’s diagnosis at age 15 was uncommon. 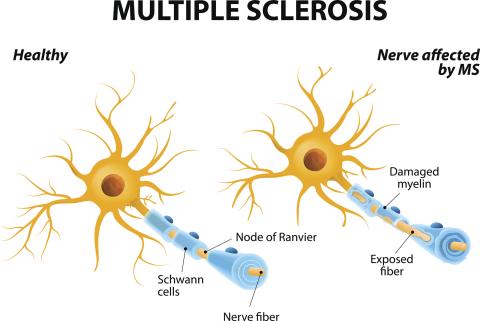 There are four main types of MS. Sicily has the most common form, relapsing-remitting MS. It is marked by episodes of symptoms that come and go. Each flare-up may be worse than the last. Even before the diagnosis, Sicily says she frequently tripped over herself. She thought it was just clumsiness and later realized it could have been related to MS.

“There were days in class where I couldn’t see the board,” she said. “I remember walking down the hallway and everything around me was spinning. It was very hard to exist in high school when you’re struggling to see and walk, let alone keep yourself together and keep some semblance of being cool. It was really frustrating for me to struggle with that and explain to my teachers what was going on when I didn’t fully understand it myself yet.”

When Sicily turned 18, she no longer qualified as a patient at Children’s Mercy. After hearing great things, she chose to transition to Saint Luke’s Marion Bloch Neuroscience Institute and has been a Saint Luke’s patient for eight years. She sees Rola Mahmoud, MD, neurologist and director of Saint Luke’s Comprehensive Multiple Sclerosis Center.

“All MS medications have different mechanisms of action that work on different parts of the disease,” Dr. Mahmoud said, “but they all have the same goal of reducing relapses and preventing new lesions. Unfortunately, we do not know which medication works best for any person and sometimes people must try and fail different medicines until we find one that meets our goals and the patient can tolerate.”

Sicily was first prescribed a medicine that required giving herself daily injections, which she says worked for a while and then lost its effectiveness. She then tried different oral medications and has taken the same one since 2018.

Now 26 years old, Sicily has been mostly symptom-free since she found the right medication. Her routine MRI scans have been clear for the past two years. Since then, she earned a degree in musical theater, lived in New York for two years, and now works as the front office supervisor at a Kansas City hotel, although she still has a passion for performing arts.

“I used to think I would solely perform for a living for the rest of my life,” she said. “I’m grateful MS has taught me there are other important things to me besides that. I’ve discovered I’m also passionate about my career in hospitality, my relationship with my boyfriend, my family, and my dog, and taking care of my body. Performing will always be part of my life but having MS has helped me re-evaluate priorities and know that my health is the most important thing to me.”

Learn more about Saint Luke’s Comprehensive Multiple Sclerosis Center, home to one of only a few fellowship-trained multiple sclerosis specialists in the region. 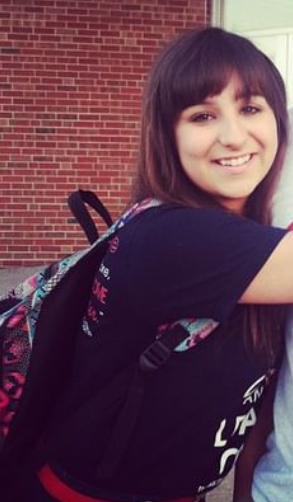 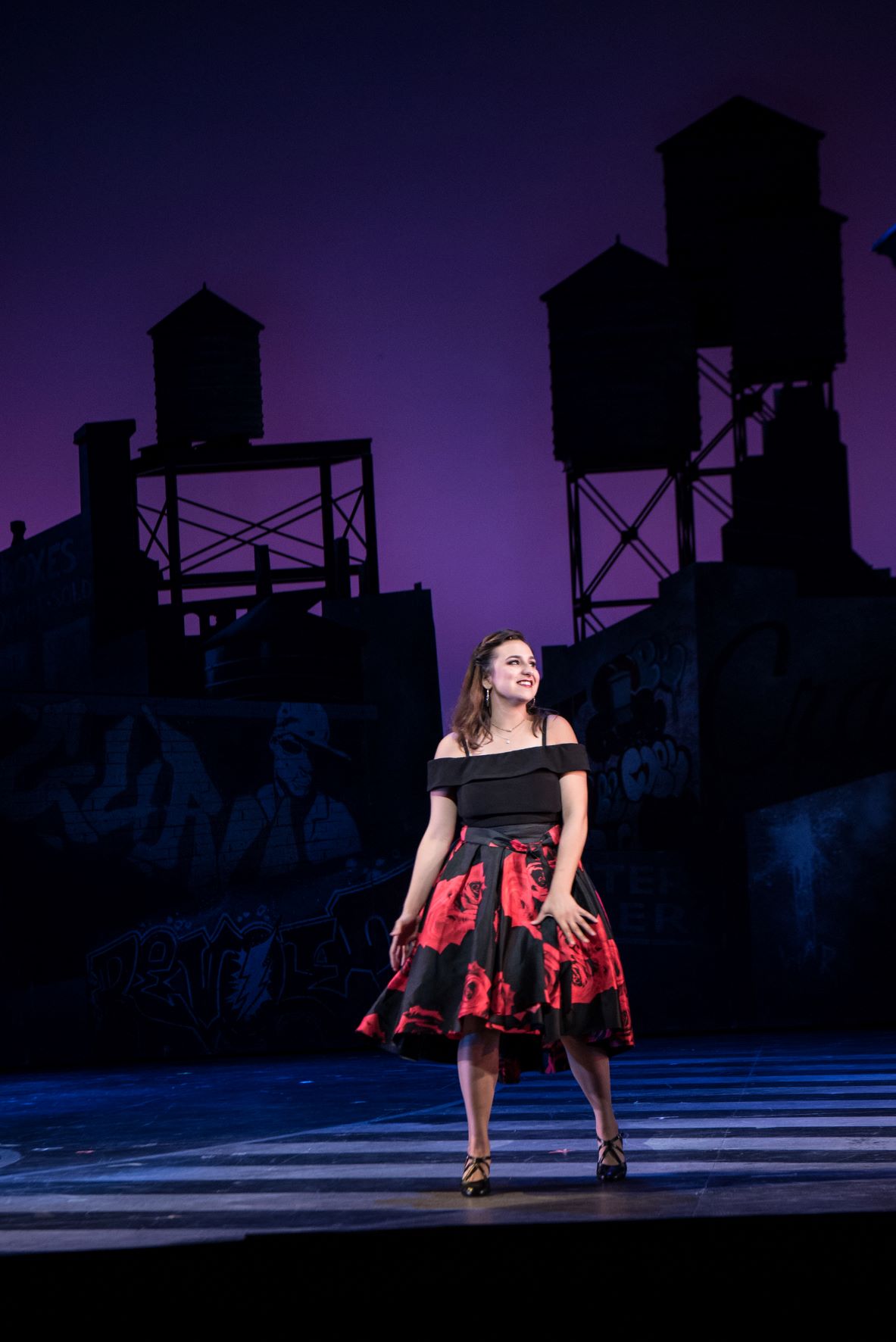 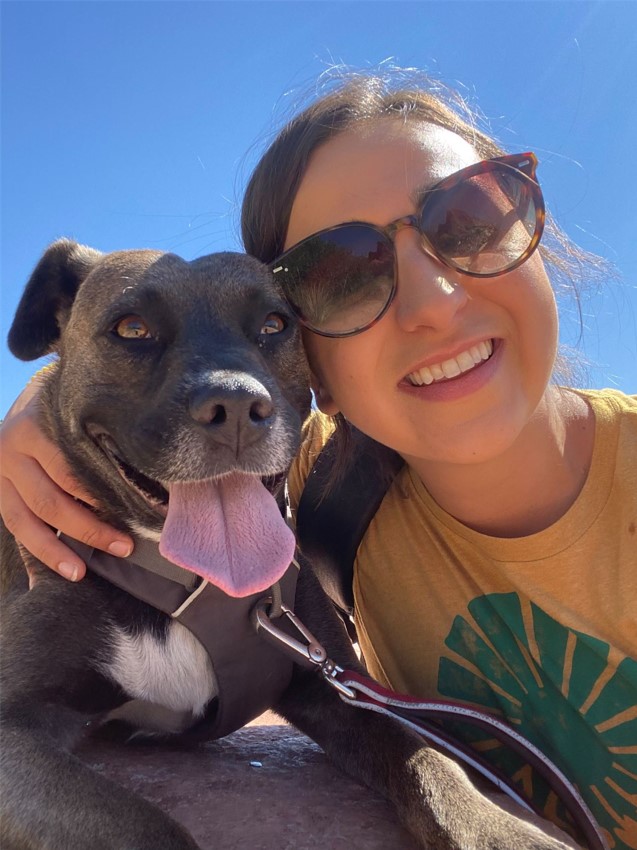