“Saint Luke’s did everything they could to save Rafael, and that was the biggest thing.” - Cecilia Duarte

On March 6, 2016, Rafael Duarte was born prematurely at 22 weeks. Weighing 1 lb. and 1oz, he was only ten inches long. This baby boy, whose name means, ‘God heals,’ is now turning five.

Cecilia Duarte, Rafael’s mother, was just five months pregnant when her severe abdominal cramping and bleeding led her to the closest emergency department. She thought she was going to miscarry, but thankfully, Rafael had other plans.

“He was hanging on for his dear life,” said Cecilia. “The emergency staff wasn’t able to save babies under 32 weeks and sent us to Saint Luke’s Hospital of Kansas City, where I gave birth to Rafael.”

“At the time Rafael was born, we had just moved to delivering and resuscitating infants born at 22 weeks gestation, so Rafael was truly such a miracle and blessing,” said Karla Goe, a nurse manager at Saint Luke’s Hospital of Kansas City NICU. “Rafael’s delivery room resuscitation was effective despite his tiny size, but his major organs were still so immature. I remember him being so tiny, and his skin was so incredibly fragile.”

Rafael’s complicated two-month journey in the NICU began with his struggle to get intravenous therapy, a technique in which a cannula is placed inside a vein to administer necessary fluids. An umbilical venous catheter (UVC) line was attempted but unattainable, so a peripheral intravenous line (PIV) was placed in Rafael’s hands. Within a few hours, the PIV failed. Multiple re-attempts for a UVC were made, but nothing worked.

“The staff prepared us and let us know Rafael had about a 3% chance of survival,” said Cecilia. “I prayed to God, ‘If You want me to keep the baby, leave him with me, and I’ll take care of him for you. But if you need him, I’ll give him to you.”

Unbelievably, Rafael made it through the night.

The infant went multiple days without intravenous fluids, but finally, a PIV was successful. By his fourth day of life, a peripherally inserted central catheter (PICC) line was established, and Rafael was getting fluids.

“As long as he pulls through for us, we are going to pull through for him,” said Cecilia. “Every night we were scared to death he wasn’t going to make it. But he kept making it.”

Suffering from a Spontaneous Intestinal Perforation, a potentially fatal hole in his intestine, Rafael was treated with a Dopamine, Dobutamine, and Epinephrine drips.

“I believe that he needed me to hold him and love on him. The nurse put him in my shirt, and I held him and sang to him. Before I held him, his oxygen level was low, but after I had him on my chest, it rose to 100%. The nurse said, ‘He is breathing to your breath!’ We called him miracle baby.”

Rafael healed from NEC and surpassed all odds and barriers put in front of him.

“Rafael was so small the care team had to try new methods on him, and now those findings are helping other babies,” said Cecilia. “I think God used him as an instrument to save others.”

During his stay at the NICU, Rafael received 12 blood transfusions, was intubated for 47 days, and overcame every battle.

“The day the doctor called and said, ‘Rafael’s final chest tube is out, and we’re taking him out of his incubator. We want you to hold him!’” said Cecilia. “That was the day the sun came out! I knew he was safe; I knew he was going to survive.”

Upon graduating from the NICU after 76 days, Rafael joined his parents and siblings at home. “The best feeling in the world was having all three of my children together at home,” said Cecilia.

“Rafael had one of the most difficult NICU courses I had ever seen at the time, and his low gestation was only one of the many challenges he faced and overcame,” said Karla. “He was certainly a little fighter. I am so proud of him and my team. It’s an honor to work with so many dedicated medical professionals that put everything they have into helping our patients.”

Today, Rafael is healthy, active, and happy. He is a sweet young boy who loves to play, sing, dance, and eat apples and bananas. It has been five years since his birth, and he will start kindergarten in the fall.

“Saint Luke’s did everything they could to save Rafael, and that was the biggest thing,” said Cecilia. “They all did a fantastic job caring for my son, and they explained everything to me along the way. It was amazing.”

Rafael is one of our first surviving 22-week-old babies. Since Rafael, we have helped save 7 babies born at this early stage and remain above the national average for survival rates.

“I’d like all expecting mothers to know that Saint Luke’s is one of the only hospitals in the region who can care for the tiniest babies,” said Cecilia. 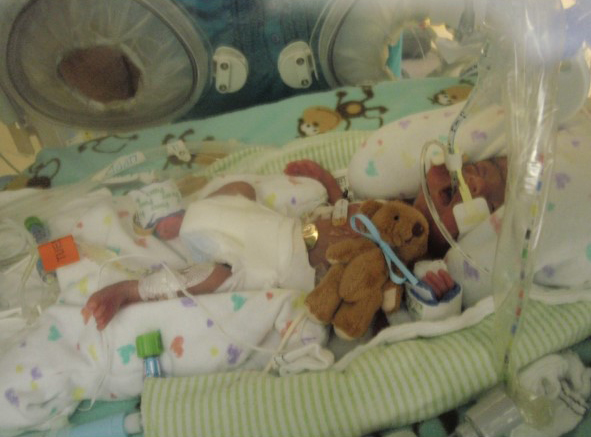 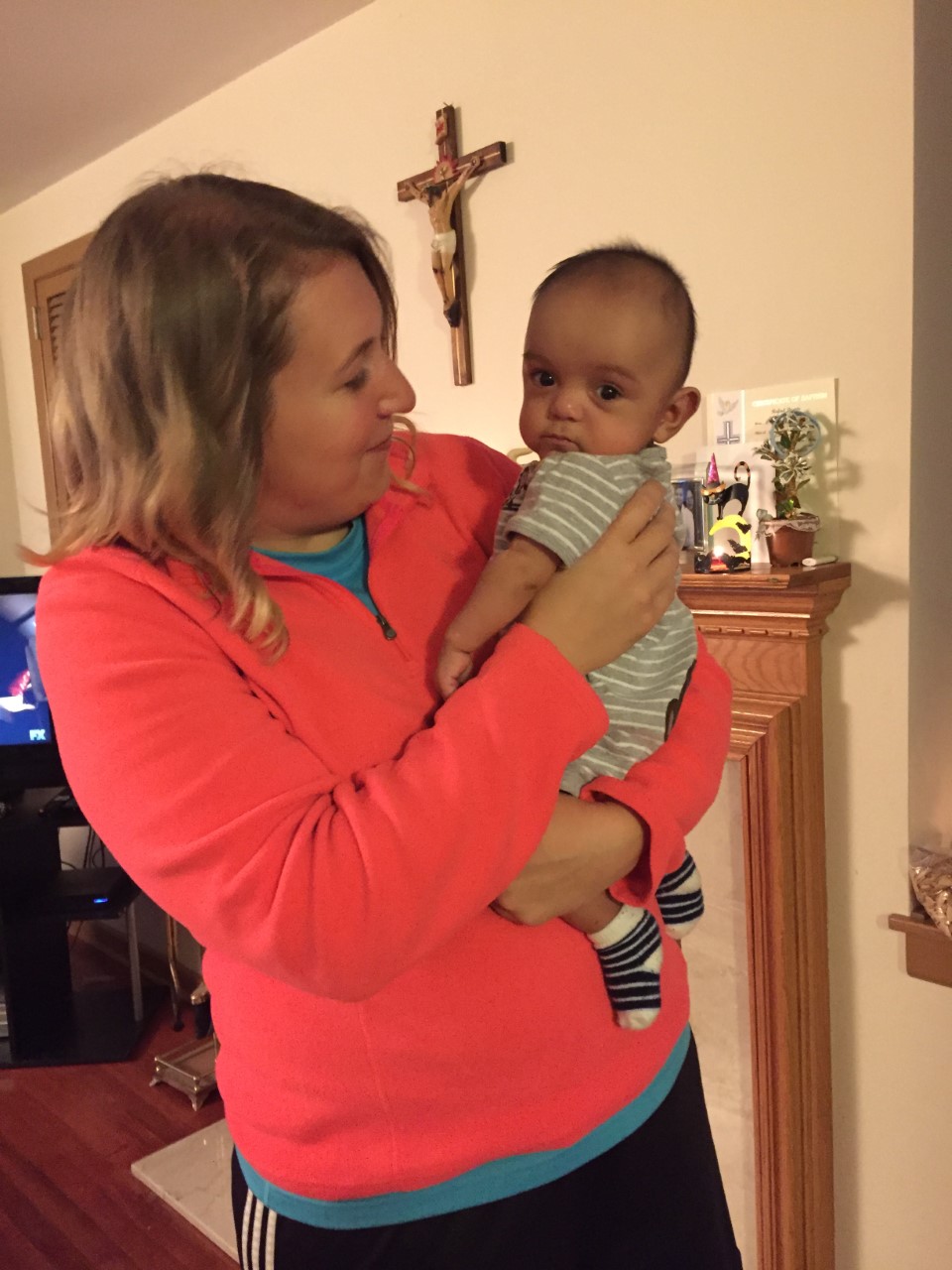 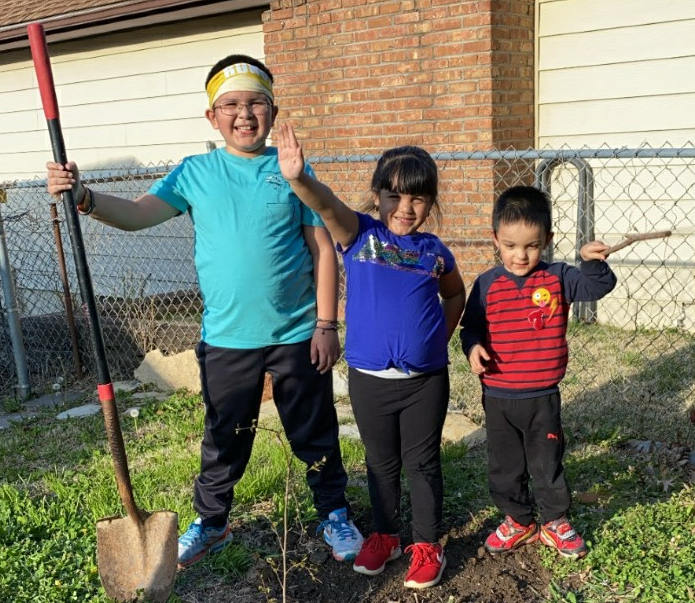 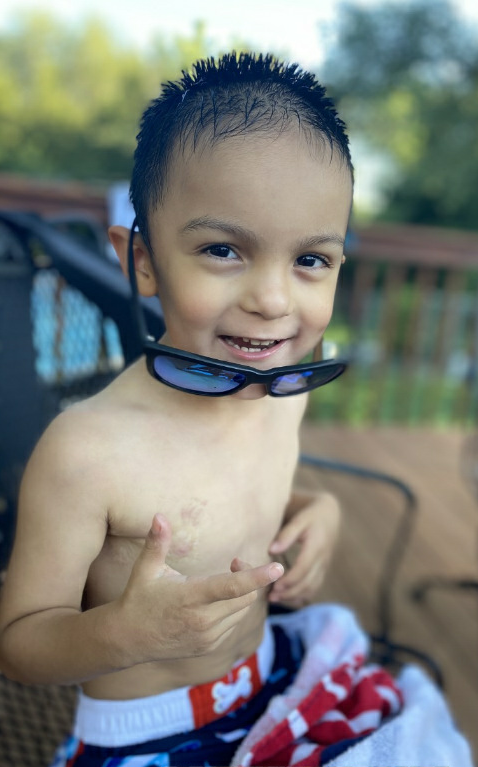 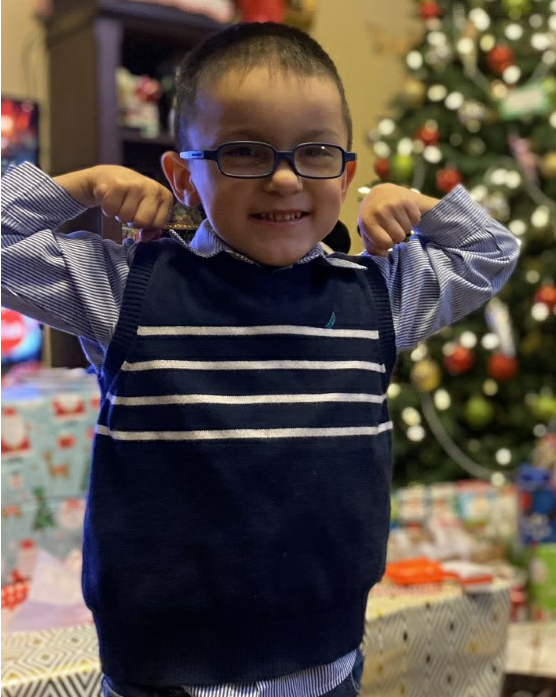 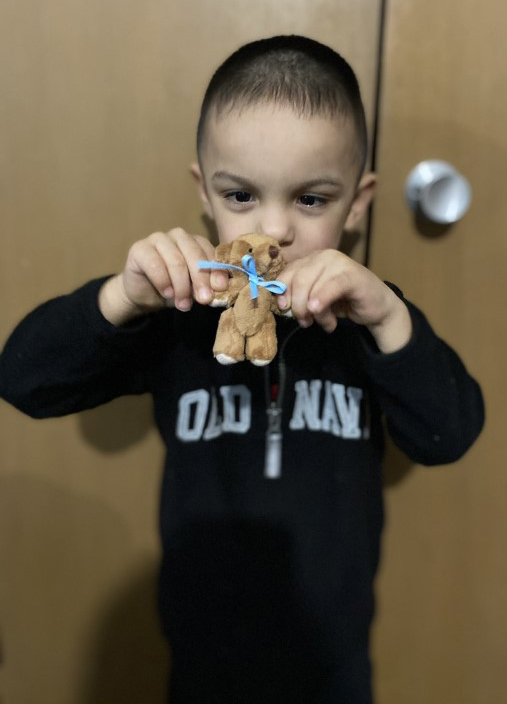