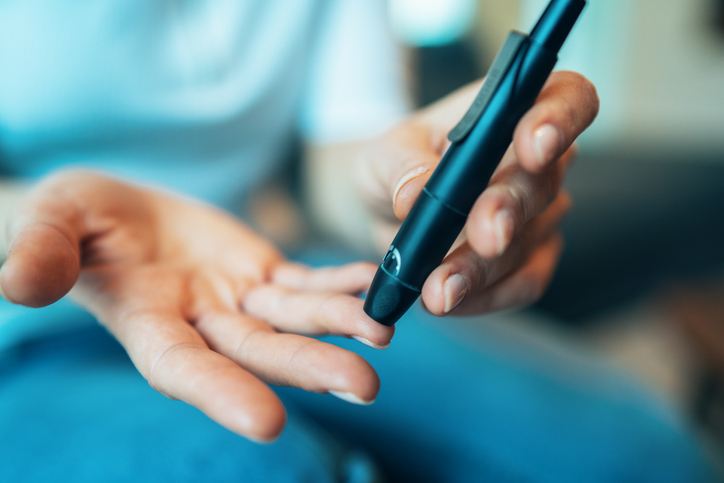 A one-stop shop approach to managing the spectrum of complications in patients with type 2 diabetes with a coordinated, multidisciplinary team of clinicians has taken root in at least two U.S. medical centers, and their efforts have now joined to take this concept national through the Cardiometabolic Center Alliance, which hopes to have at least 20 such centers running by the end of 2022.

In patients with type 2 diabetes (T2D), "multiple organs are affected by the same disease process," notably the heart, kidneys, vasculature, and liver, but the care these patients often receive today is "fragmented, and typically without good coordination," explained Mikhail N. Kosiborod, MD, a cardiologist and codirector of the Saint Luke's Michael & Marlys Haverty Cardiometabolic Center of Excellence in Kansas City, Mo.

"We need to depart from the outdated idea that each medical specialty focuses on an organ system. It's one patient with one disease that affects multiple organs and needs comprehensive, multidisciplinary care," he said.

Historically, "we've looked to primary care physicians to 'conduct the orchestra' for complex, multispecialty care" for patients with T2D, but a recent "avalanche" of new treatments with new data and recommendations has made coordination by a single, generalist physician essentially impossible. "It isn't realistic" to expect a single primary care physician to coordinate all the care a patient with T2D now needs to receive, said Kosiborod, who is also a professor of medicine at the University of Missouri–Kansas City. Plus, "patients can get lost" when they try to navigate on their own among several physicians, possibly in disparate locations, and without fully understanding what each physician is responsible for managing.

"The data are there, and the recommendations are there for T2D and cardiovascular disease, heart failure, and diabetic kidney disease, but the problem has been implementation," said Kosiborod. "Application in practice is lagging way behind the recommendations." That led him and his associates to devise a "new model of care for patients with T2D," the cardiometabolic center (CMC), as a status quo alternative.

The CMC paradigm is that patients with T2D, especially those with existing cardiovascular or chronic kidney disease or at high risk for these complications, undergo assessment and treatment at one site from a multidisciplinary staff of physicians and allied caregivers including nurse practitioners, nurse coordinators, pharmacists, dieticians, and diabetes educators who are cross-trained for managing both T2D and cardiovascular diseases.

The Cardiometabolic Center Alliance builds on the idea that this care model is defined by a set of detailed treatment protocols and processes of care that other sites can adopt to boost the number of patients aided by this approach, to gather data from a larger patient pool in a dedicated registry to better document the program's impact, and to form a quality-improvement network that can collectively improve performance.

"It's absolutely replicable," maintained Kosiborod, who is also executive director of the Cardiometabolic Center Alliance. "We've codified all of the care and medications into an impressive package. We now have something that works, and many other centers are interested in building programs like this. By establishing a base of well-defined protocols and operating procedures we can train a cadre of allied professionals who can effectively implement the program across wider populations of patients, while using the brick and mortar center to manage more complex patients," he added.

He cited a recent study of 1,735 patients with atherosclerotic cardiovascular disease and diabetes (96% with T2D) enrolled in a registry at 119 U.S. sites during 2016-2018 that found less than 7% were on the full range of guideline-directed medical therapy that they qualified for based on existing treatment guidelines. "This is not acceptable," Kosiborod declared.

"It's so obvious that this needs to be a combined approach. It's very difficult to have one provider take care of all of the T2D complications. There needs to be a new approach, and [the Cardiometabolic Center program at Saint Luke's] has done a great job getting their initiative underway to take a more global approach," commented Ralph A. DeFronzo, MD, chief of the diabetes division and professor of medicine at the University of Texas Health Science Center, San Antonio.

The Saint Luke's Haverty CMC launched in 2019, and data from its first 129 patients with at least one follow-up visit documented early efficacy for the program, as reported at the American Heart Association's Quality of Care and Outcome's Research meeting, held virtually on May 15 and 16, 2020.

That analysis from Kosiborod and associates compared various short-term metrics among their CMC patients against a control cohort of 387 similar patients with T2D who also received care in the Saint Luke's Health System during 2019 but outside of the CMC. This observational study involved no patient randomization, but the researchers used propensity scoring to match the control patients with those managed in the CMC by several demographic and clinical parameters.

During follow-up that was generally less than 6 months, patients managed in the CMC averaged 12 pounds of weight loss, a 0.5% reduction in their average hemoglobin A1c, a mean 4.6–mm Hg cut in their systolic blood pressure, an average drop in their LDL cholesterol of 11.4 mg/dL, and among those receiving insulin the daily, average insulin dose fell by a relative 43%, compared with baseline. Among the controls, averages for these five parameters were weight loss of 2 pounds, a cut in A1c of 0.2%, a systolic blood pressure reduction of 0.6 mm Hg, a drop in LDL cholesterol of 4.9 mg/dL, and a relative rise in insulin dose of 6%. All of these between group differences were statistically significant except for LDL cholesterol.

Additional analysis of the medications that patients in the CMC and control group received also showed striking differences. Combined prescriptions for all components of guideline-directed medical therapy went to 41% of the CMC patients, compared with 2% of the controls, a statistically significant difference. Contributing to this difference were significantly increased rates of prescriptions for ACE inhibitors and statins.

The CMC staff also started 57% of their patients on a SGLT2 inhibitor and 90% on a GLP-1 receptor agonist (GLP-1 RA), compared with rates of 18% and 13%, respectively, among controls. Both of these between-group differences were also significant, and they highlighted the willingness and success of the CMC clinicians to put a large number of their patients on agents from both of these beneficial drug classes. This is a notable change from usual recent practice that limits most patients who actually receive these medications to a drug from just one of these two classes, often because of real or perceived limits on insurance coverage.

The data from these initial patients in the Saint Luke's CMC show that the program was "very successful; it looks very promising," said Kosiborod. The results show "transformational improvement in the quality of care." Subsequent to this initial cohort from 2019, the Saint Luke's CMC has seen "hundreds" of additional patients with T2D.

The Cardiometabolic Center Alliance Gets Started

The second member of the Cardiometabolic Center Alliance is a program run by the University Hospitals system based in Cleveland that had begun earlier in 2020. The University Hospitals' Center for Integrated and Novel Approaches in Vascular-Metabolic Disease (CINEMA) uses a comprehensive, multidisciplinary-care model developed independently of but very similar to the Saint Luke's CMC. By the end of 2020, the CINEMA program had managed about 150 patients, said Sanjay Rajagopalan, MD, director of CINEMA and a professor of medicine at Case Western Reserve University, Cleveland.

"Our outcomes have been quite similar" to what the Saint Luke's program reported, he said. "We had better use of guideline-directed therapies, more weight loss, and better control of metabolic parameters." The CINEMA program entered the Cardiometabolic Center Alliance as a "key strategic partner," which means it will have a role in shaping the alliance going forward. One issue the alliance faces is how to leverage its growth to improve management of patients with T2D who do not have access to a CMC.

The CMCs "are not meant for every patient with T2D, but for those with high risk for cardiovascular complications who require extra attention," Rajagopalan said in an interview. Both he and Kosiborod acknowledged that, even if 200 CMCs were to eventually open, and even if each center averaged 5,000 managed patients, those 1 million patients would be a small fraction of the total number of U.S. patients with T2D.

"Having these centers will produce a ripple effect. The protocols will percolate to primary care physicians," Rajagopalan predicted. Once that happens, "not all patients will need to go to a cardiometabolic center." In addition, leveraging established protocols via nurse coordinators and virtual care could bring this model to many more patients, Kosiborod noted.

By the end of 2020, a total of three additional U.S. centers had joined Saint Luke's and University Hospitals in the alliance, but Kosiborod said that none of the three had yet been officially announced. The alliance has also started a national cardiometabolic registry, which will be "instrumental for its mission to track, benchmark, and improve quality of care and outcomes; enable mechanisms for "learning health care systems"; and can be used to answer important research questions," Kosiborod said.

A key element of the more aggressive, risk-driven management emphasized in the CMC approach is frequent use of combined treatment with an SGLT2 inhibitor and a GLP-1 RA. Both classes of glucose-lowering drugs have well-documented, risk-reducing benefits, notably reduced atherosclerotic cardiovascular events and weight loss produced by the GLP1-RAs, and cuts in heart failure onset and hospitalizations and slowing of chronic kidney disease progression by the SGLT2 inhibitors.

Until now, medical society recommendations as well as opinion leaders have approached these two drug classes with a presumption that physicians would usually prescribe patients an agent from only one of these two classes, largely because the high cost of agents in both classes, all still under patent, often means coverage limits by insurers. Physicians at both the Saint Luke's and University Hospitals programs have been more proactive, and successful, in prescribing agents from both classes to their high-risk patients with T2D.

"We use combination treatment quite a bit," said Kosiborod. "It's very sensible to use both. Their mechanisms of action are different and likely don't overlap, so it's reasonable to presume their activity is complimentary." But he acknowledged that this has not yet been formally studied for cardiovascular or renal outcomes. Study results have documented complimentary effects between the two classes for weight loss, blood pressure reduction, and to some extent A1c reduction. A key reason for more frequent combined treatment with an SGLT2 inhibitor and GLP-1 RA is increased focus on the ability of both drug classes to lower risk in patients with T2D and high cardiovascular-disease risk, rather than prescribing decisions driven largely by trying to further reduce a patient's A1c.

Although insurance coverage is not a given, the Saint Luke's CMC has had good results using patient-assistance programs run by various drug companies. Some patients have received their medications free of charge or with modest copays, depending on their income and insurance coverage. At Saint Luke's, "many" patients with T2D have been able to get free medications through assistance programs, he said. And for patients with health insurance, getting coverage for an agent from each class "is easier now than it was 3-4 years ago." 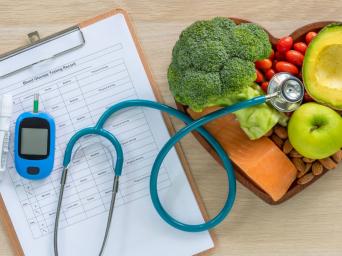