“It was like everyone was sitting on ready to help whoever needed it,” Holly said. “Saint Luke’s took care of everything. It was beautiful.” -Holly Hallum

Sometimes, a calamity can transform into a lucky break. A Louisiana couple discovered this during a trip to Kansas City for what they thought would be eight days of helping their daughter and son-in-law get their house ready to sell.

The 13-hour trip from their home in Baton Rouge went smoothly until Holly and Trent Hallum stopped in Harrisonville for a bathroom break. Trent’s head started to feel strange in the men’s room. Leaving the restroom, Trent’s right side would not respond to commands, and he fell against a food island.

“I felt trapped inside my own body. I couldn’t speak–or see out of my right eye,” Trent said.

He heard Holly yell, “Call 911!” How lucky, he thought. Had they waited only a few more miles to stop, it could have happened while he was driving.

That was lucky break No. 1.

His next bit of luck came when the Harrisonville, Missouri, paramedics recognized his symptoms as a stroke. First responders made a smart call and decided to drive him 40 miles to Saint Luke's Marion Bloch Neuroscience Institute in Kansas City, which treats more than 1,600 stroke patients a year.

To Trent, it seemed like a long ride. For Holly, it seemed even longer. She struggled to follow the ambulance in their car through unknown territory.

While Trent was soon in the capable hands of the EMS team, COVID-19 restrictions forced Holly to stay in the parking garage where a scroll of worries rolled through her mind. Would he be disabled? Would he even survive? Her 60-year-old husband had a history of heart disease.

She was visibly distraught when a woman knocked on her window and introduced herself as Trent’s neurologist, Christina Lenk, MD.

"How did you find me?” Holly asked.

“Louisiana license plates,” said the neurologist (who proved to be an excellent medical detective, too).

Dr. Lenk told Holly that as soon as a CT scan confirmed that a clot and not a hemorrhage caused Trent’s stroke, he would get tPA or tissue plasminogen activator, a clot-busting drug. Every second counted. During a stroke, every tick of the clock kills 32,000 brain cells. Tick tock. Tick tock.

“The faster we can dissolve the clot, the more brain function we can preserve,” Dr. Lenk said.

She explained that those who get tPA not only tend to suffer less disability but also are less likely to have another stroke.

Dr. Lenk’s calm, kind demeanor soothed Holly. The neurologist promised to come back to report how Trent was doing.

Trent got tPA just 23 minutes after arrival and, within 30 minutes, functions were returning. He started responding to commands.

“Watching this was a celebration for the whole team,” Dr. Lenk said.

She went to report the good news to Holly. Dr. Lenk said he would not need further treatment, but she would admit him to the Neuroscience Institute’s Intensive Care Unit to find what caused the stroke and how to prevent another one.

Pandemic or no, Holly got her hug.

“That was my first hug with a patient since before COVID,” Dr. Lenk said. “It really affected me.”

And then, chest pains

As she waited in Neuro ICU for Trent to return from an MRI, Holly felt a sharp pain in the center of her chest. Her shoulders felt like someone was sitting on them. She was hot. Her heart raced. She sat down to fan herself.

Gabby and Julia, two ICU nurses asked her if anything was wrong. Holly downplayed her symptoms, saying it must be anxiety.

Not waiting for Holly to refuse an examination, the nurses put her in a wheelchair and headed to the ICU at Saint Luke’s Mid America Heart Institute.

In layman’s terms, this kind of heart attack sometimes is called “The Widowmaker.”

Unlike a typical heart attack caused by a clot that blocks an artery, SCADs occur when the inner wall of an artery tears. The torn liner crumples and allows blood to pool and clot, blocking blood flow to the heart and causing heart attacks.

“SCADs strike without warning in those who don’t have the typical risk factors like high blood pressure, high cholesterol, or diabetes,” Dr. Fendler said. “They can cause sudden death if not diagnosed and treated quickly.”

He ordered a procedure that involves threading a catheter to the affected site and inflating a balloon to clear the blockage.

Trent did learn the cause of his stroke. An irregular heart rhythm known as atrial fibrillation had allowed blood to pool in the heart, where it formed a clot. He also had a small hole in his heart that made it easier for a clot to pass through to his brain. Taking a blood thinner would treat both conditions.

“If I didn’t have a stroke, you might not be alive,” Trent said to his wife as they marveled at how lucky they were to have wound up where they did.

“It was like everyone was sitting on ready to help whoever needed it,” Holly said. “Saint Luke’s took care of everything. It was beautiful.”

Both were discharged two days after their health crises.

“When I think what might have happened had we not been at Saint Luke’s,” Trent said. “I got to be among the lucky ones who walked out of the hospital with no effects, and I got to walk out with Holly." 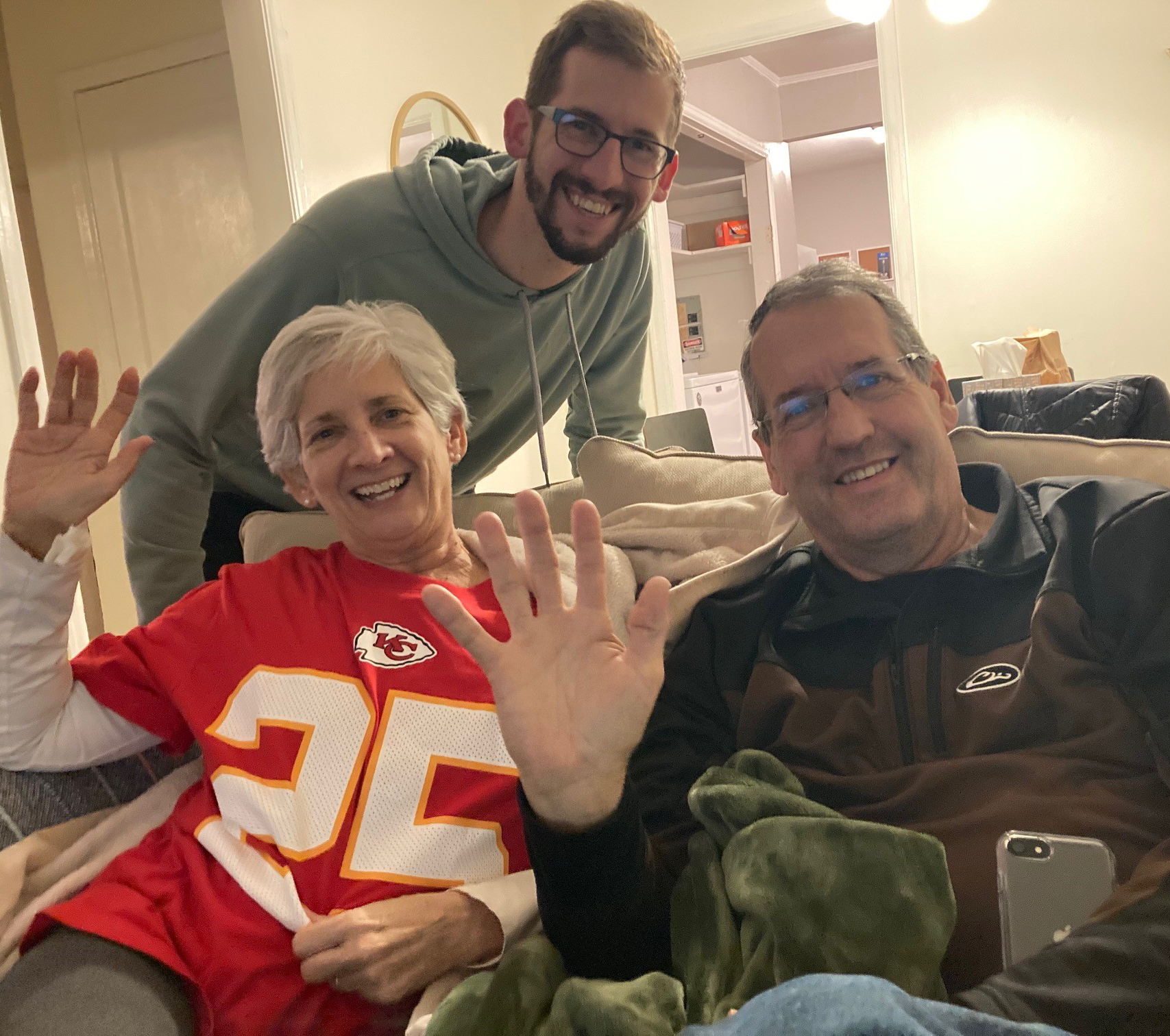 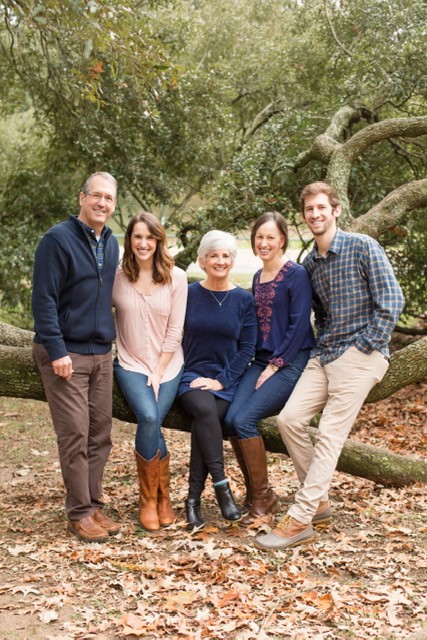 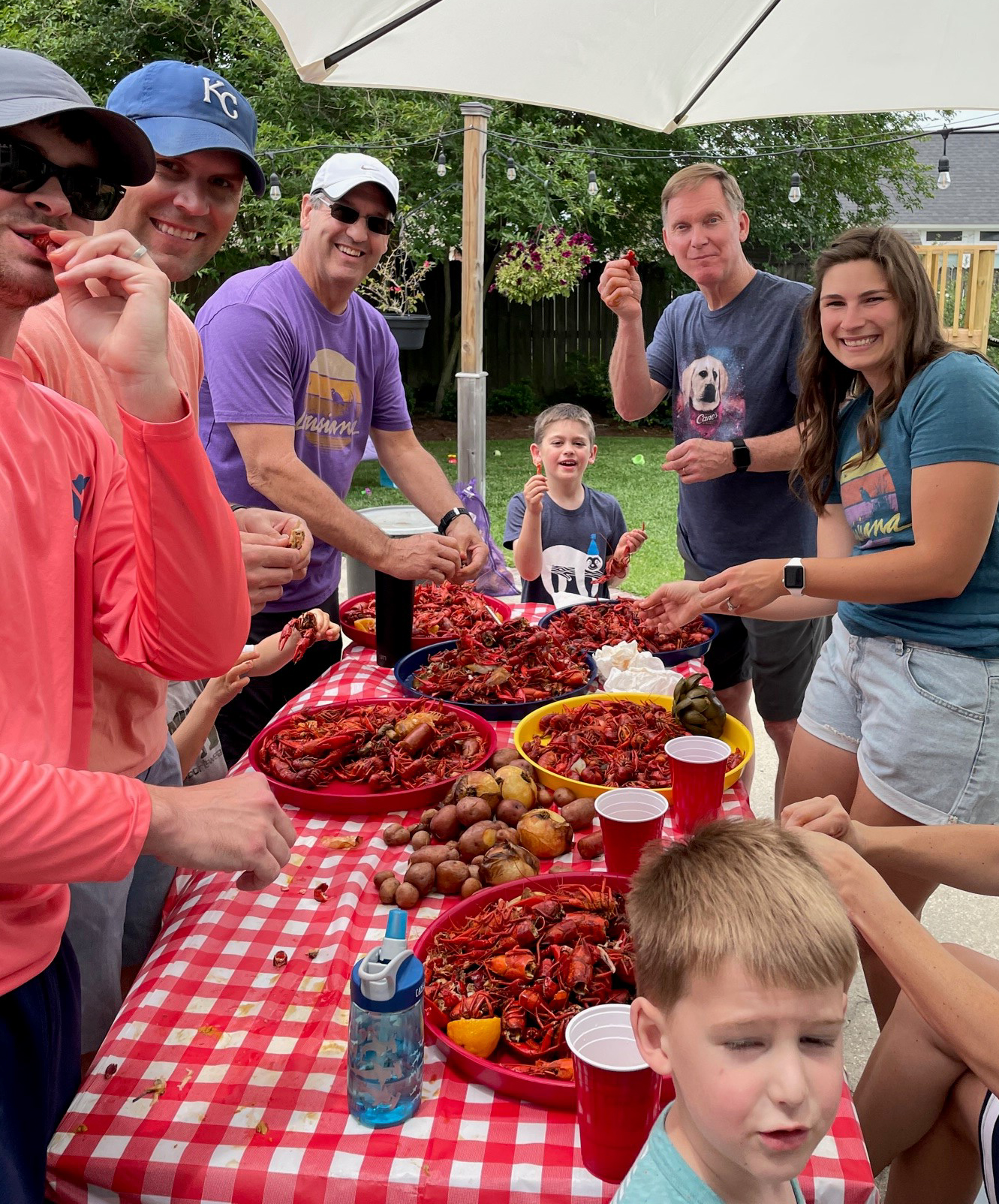