Nita Jestila from Blue Springs, a two-time breast cancer survivor, was diagnosed with ovarian cancer last fall. Now in remission, she takes pills each morning and night, called PARP inhibitors, that are causing a stir of excitement and hope in cancer circles.

The pills are used after surgery and chemotherapy in ovarian cancer patients like Jestila who have the BRCA gene. But new clinical trials found the drugs markedly reduced the chance the cancer will come back in other patients as well.

Dr. Michelle Rowland, a gynecologist oncologist at Saint Luke's Cancer Institute who has been treating Nita, calls them "a treatment breakthrough."

This year, about 22,500 women will be newly diagnosed with ovarian cancer, and nearly 14,000 women will die from it, according to the American Cancer Society. These women have a high chance of recurrence--as much as 80-85%, usually within three years.

"What we know about ovarian cancer, really our best treatment is in the beginning," Dr. Rowland said. "Once that patient has recurred, essentially we tell patients that this is not curable, that now it has become more of a chronic disease. So we're going to keep the cancer at bay as long as possible.

That's why there's big news ... because if we can keep more women from ever having a recurrence, those are women we're going to cure." 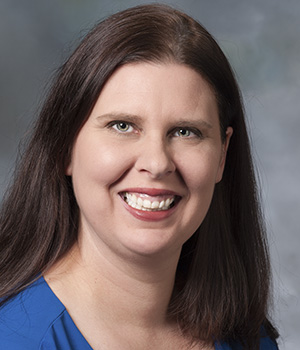