“As soon as I woke up, I felt better. … I feel as if I have been given another chance at life!” -Rhonda Zacharias

Rhonda Zacharias woke up in the middle of the night gasping for air.

Her husband quickly realized she couldn’t breathe and called 911.

The 61-year-old, who had COPD for years, was in respiratory failure. The strain caused her blood pressure to plummet, and her heart stopped beating.

First responders resuscitated her twice and took her to Saint Luke’s East Hospital in Lee’s Summit.

After spending two days in the intensive care unit, her already diminished lung capacity was down to less than 20%. She had to start using an oxygen tank around the clock to help her breathe and sleep with a Trilogy ventilator.

“I would get out of breath just doing very simple things like walking across the house,” Rhonda said. “I went from being able to keep up with the granddaughter we are raising, to missing her Starlight Star performances and needing help to get her to all of her appointments. I feared I would die at any moment—when she needs me most. I was just very, very tired.”

Rhonda’s pulmonologist told her it was time to consider a double lung transplant, which is traditionally the best option in severely sick COPD patients. She started respiratory therapy at Saint Luke’s East in anticipation of the surgery.

“After much contemplation, I was very hesitant to undergo the transplant,” Rhonda said. “I was concerned about the survival rate and the horrible amount of recovery needed. It’s also very expensive, and I was going to have to relocate to St. Louis. It was just as scary as could be.”

But one day, her respiratory therapist, Melody Roush, came to her with some big news. She was a possible candidate for a new procedure that could fix her breathing issues and eliminate the need for a double lung transplant.

“I was just thrilled when I found out,” Rhonda said. “I really could not see going through with the double lung transplant and was dreading having that conversation with my family.”

Dr. Tim Saettele, an interventional pulmonologist with Saint Luke’s Pulmonary Specialists, evaluated Rhonda in person. She was a perfect fit for a new endobronchial valve procedure, which is an advanced therapy for emphysema and COPD.

“Rhonda had shortness of breath related to her severe COPD,” Dr. Saettele said. “She was otherwise healthy and was very motivated to feel better. We found that she had too much air in her lungs, which is common in people with COPD. The endobronchial valves are designed to make people feel better by getting rid of some of the extra air.”

A little over a month later, Rhonda checked in to the hospital to undergo the new procedure.

Dr. Saettele performed a bronchoscopy to go into her lungs with a special camera. Once he found the severely diseased area in her lungs, he was able to block it off with the new valve devices, which are as small as a dime.

“After it was blocked off, that section of lung deflated of its air, and the healthier lung had more room to expand and do its job better,” Dr. Saettele said. “This allowed her to feel less short of breath.”

After the procedure, Rhonda noticed an immediate difference.

After a short recovery period, Rhonda completed pulmonary rehab to get the full benefit of her treatment.

Today, she is back to a more active lifestyle and can enjoy doing things without running out of breath or the constant need of an oxygen tank. She also has more energy to keep up with her two new dogs, Stella and Luna, which have kept her busy at home during the coronavirus pandemic.

“Rhonda was not scared to take the risk of a new procedure and put in the necessary work,” Dr. Saettele said. “Because of that, she was really able to improve her quality of life for the better.”

“Everyone tells me I even look so much better now—I look alive,” Rhonda said. “I feel as if I have been given another chance at life!” 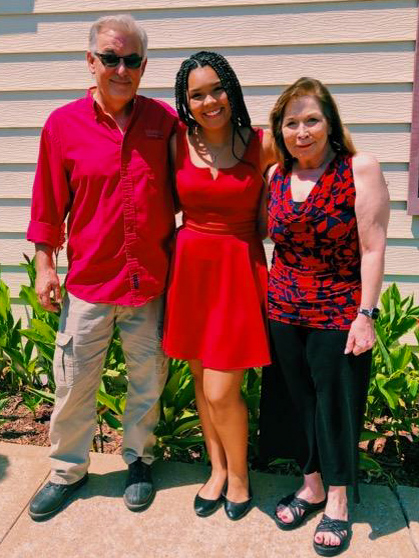 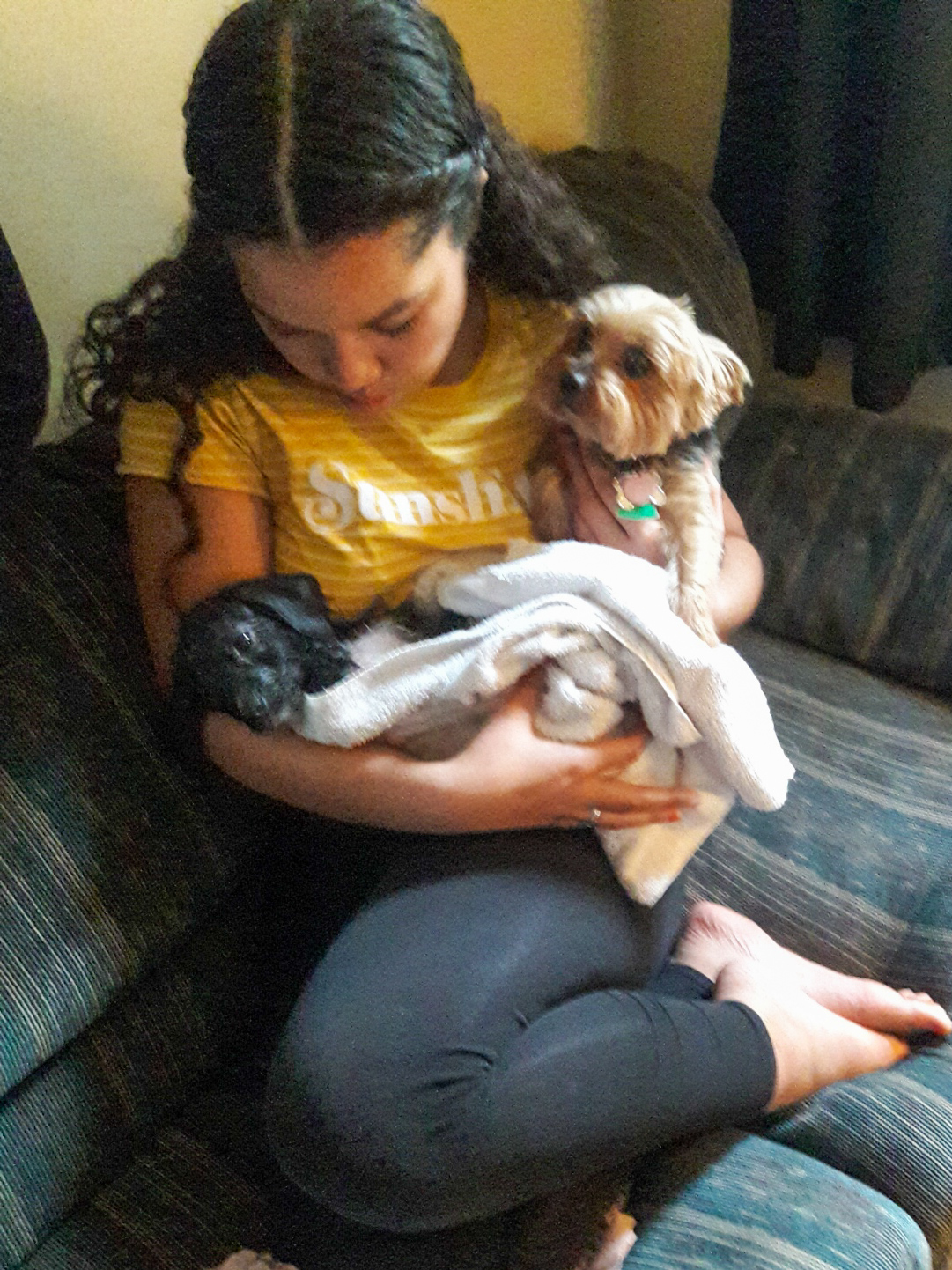 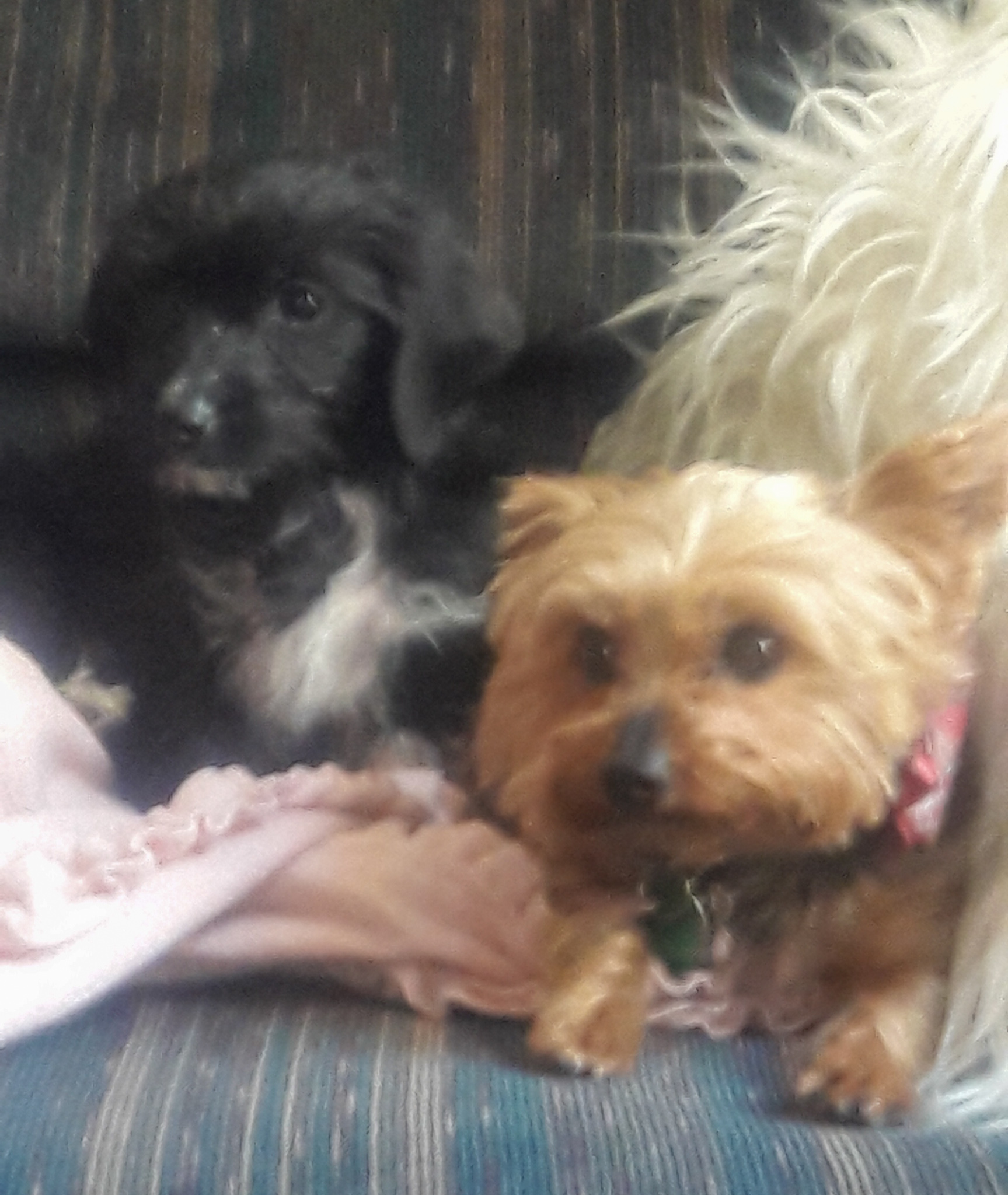