“I’ve gotten letters that said, ‘it saved my life.’ That was one… the best one.” – Dixie Pickett

Dixie Pickett went to the doctor 17 years ago with a can of cleaning spray in hand. She thought it must be the reason she was having a hard time breathing and feeling extremely tired over the past couple weeks. The possibility of a major health issue didn’t even cross her mind—she was a long-time nurse and still an avid tennis player at the age of 65.

“I thought I cleaned the shower with some of that powerful cleaning stuff, and I couldn’t breathe,” Dixie said.

But it wasn’t the chemicals. The doctor quickly sent Dixie to Saint Luke’s Wright Memorial Hospital in Trenton where she learned she had broken heart syndrome.

Broken heart syndrome is a condition that is often brought on by severe emotional or physical stress with classic heart attack-like symptoms. But unlike a heart attack, imaging of the heart shows there are no blockages in the arteries, as well as a misshaped left ventricle.

Nine out of ten cases are in women.

“I had gone back to work after I’d retired at the nursing home, and I was working 12-hour shifts, which I had never worked before,” Dixie said. “And it’s really hard. I blame it on that.”

With each beat, Dixie’s weakened heart was pumping out less than half the amount of blood it should.

The doctor prescribed Dixie medicines to strengthen her heart and lower her blood pressure. She was back to feeling like her usual self after a few days.

Dixie later followed up with Dr. Tracy Stevens, a cardiologist with Saint Luke’s Mid America Heart Institute. She says broken heart syndrome is no longer a rare condition in the United States. Doctors are seeing it more and more often.

“When we see a patient like Ms. Pickett: she’s a retired nurse, she’s been proactive about her heart health all her life—a patient who comes in very healthy, no risk factors, and a scenario often close to the time they begin experiencing symptoms that could’ve been quite stressful, that’s now right there on our radar as a possibility,” Dr. Stevens said.

Dixie followed up with Dr. Stevens multiple times throughout the years and continued taking her heart medicine. Her heart strength returned to normal, and she has not had a single episode since that trip to the hospital in 2002. The now 81-year-old, who is quick to crack a joke and a laugh, says she is feeling great.

“I don’t have any symptoms of heart failure,” Dixie said. “I watched my 2-year-old great-granddaughter all day on Friday. I’m living in a retirement facility with other old people [she laughs]. But they’re all very active, and you know, I’m very active.”

Several years after her scare, Dixie saw an article in the newspaper on her cardiologist. Dr. Stevens was part of a national campaign encouraging women to carry aspirin in their handbags in case of a heart attack.

The article hit home for Dixie and gave her an idea. She laminated the article and turned copies into full-size two-fold cards. She gave the cards out to family and friends for birthdays, get well soon wishes, and special occasions, along with an aspirin and a pill box. Dixie has continued the tradition for more than a decade.

“I sent probably over 100 of those with her [article] and an aspirin bottle, because that’s what the article was about—an aspirin in every purse,” Dixie said.

She also sent one to Dr. Stevens who was thrilled to learn about what Dixie was doing.

“When you hear a community member giving a message like that, the community really steps up and listens,” Dr. Stevens said. “I was confident that she would save a life in her friends, family, in her community.”

Dr. Stevens was right. One of Dixie’s friends suffered a heart attack. She said she remembered to take an aspirin because of Dixie’s gift. 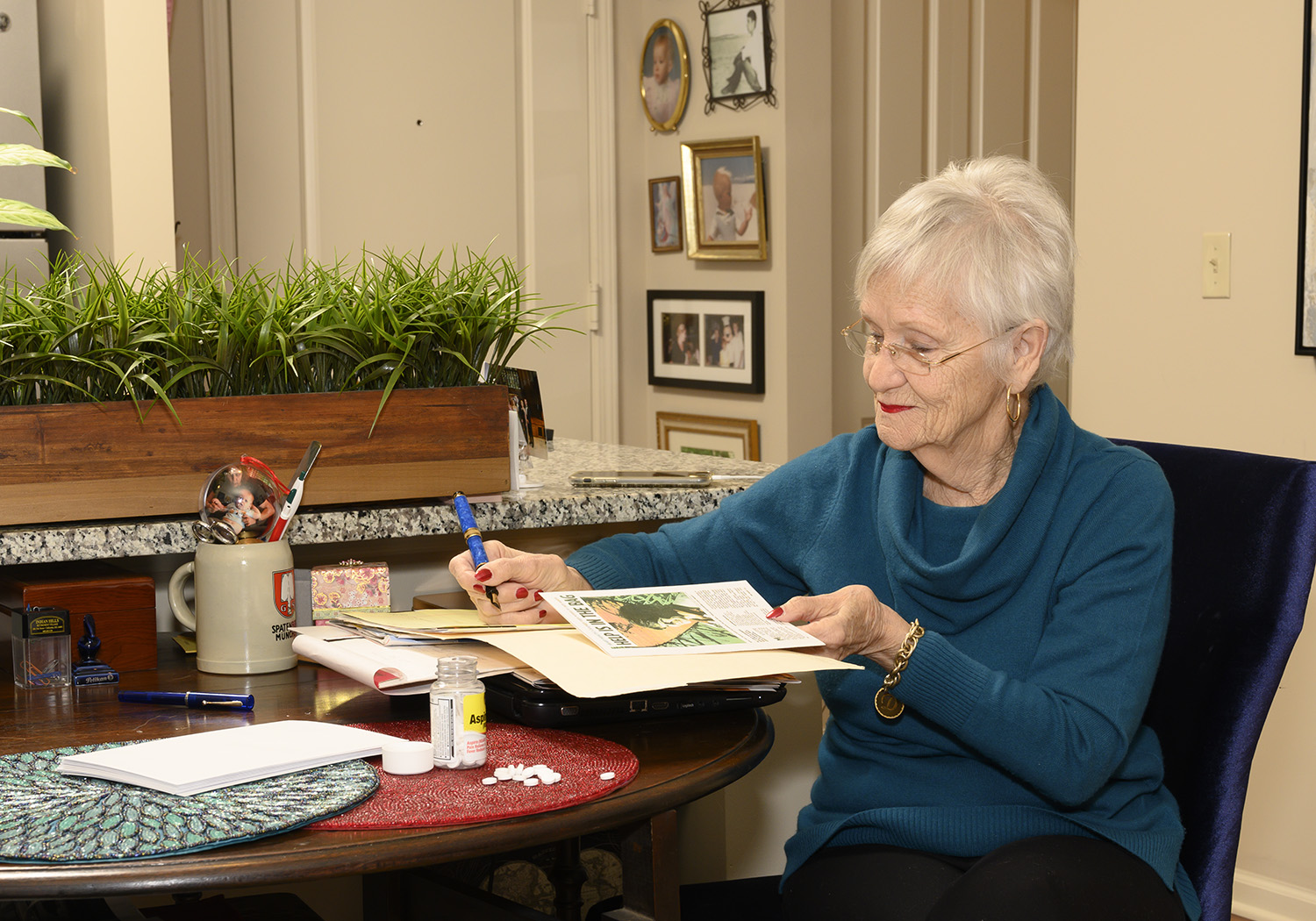 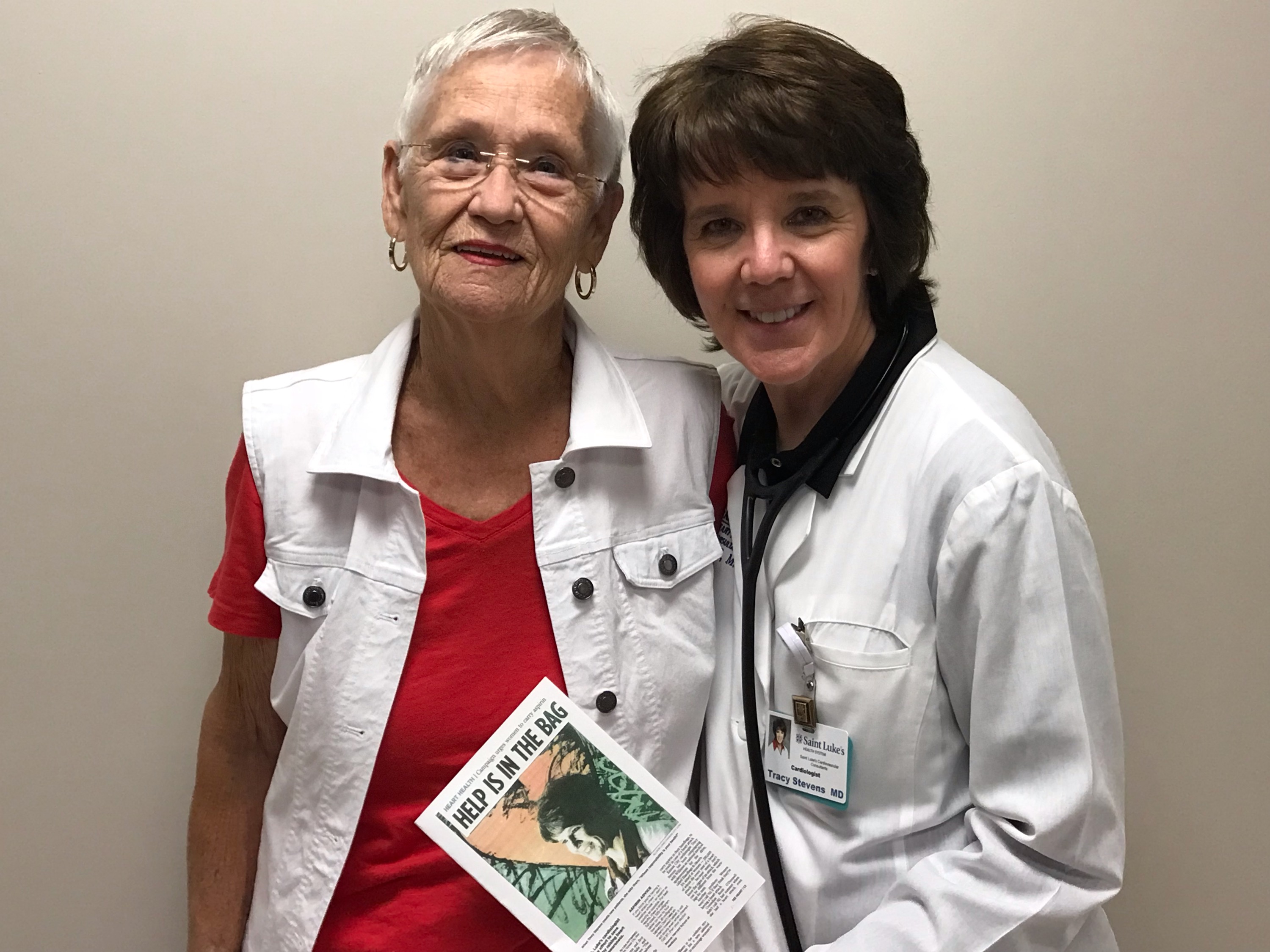 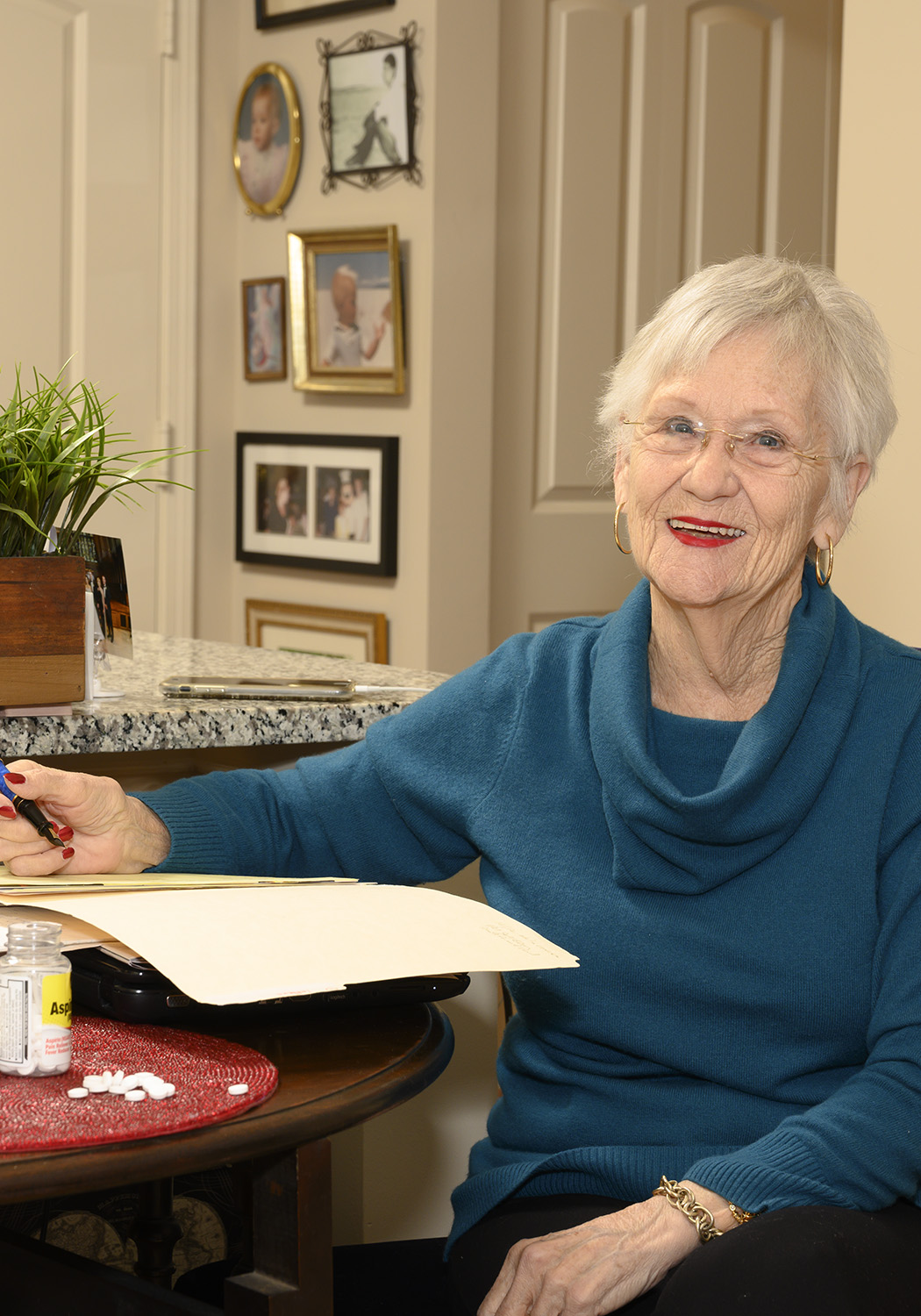