After 68 Days in the Hospital, Local Man Wins “Super Bowl of Life”

“The thing I always stuck to through everything was faith over fear.” -Pat Carey

Pat Carey has an exact replica of the football used in Superbowl LIV.

Through the good seasons and bad, Pat has always been an avid Kansas City Chiefs fan. No matter how many losses the team racked up in the 80s and 90s, he was one of the few who never lost hope.

That same faith and trust helped Pat get to where he is today. The ball sitting in his home symbolizes much more than the Chiefs' 2020 Super Bowl victory.

His wife, Janelle, who is a teacher, remembers being in her classroom when the office notified her that she needed to return a call from Saint Luke’s East Hospital.

She called the hospital, where a nurse told her Pat was in the Emergency Department and in critical condition. She needed to get there right away.

“I just paused for a moment and said, ‘can you just tell me if he’s alive?’ And the nurse said, ‘all I can say for right now, he is,’” Janelle recalls. “I felt fear, terror, and shock—and then I just took a deep breath and thought, I can’t fall apart. I have to be strong.”

Pat was out on his delivery route for FedEx when he went into sudden cardiac arrest and crashed into a house.

Someone inside called 911 immediately. When Lee’s Summit Fire Department first responders arrived, they found Pat’s heart had stopped. But after several minutes of performing CPR, crews were able to resuscitate him and took him to Saint Luke’s East. He was still unresponsive.

Pat’s brother-in-law, Bradley Harris, was one of the first few family members to arrive at the hospital.

“When I looked into Pat’s eyes, it was the most emotional moment of my life just knowing immediately how grave the situation was—he was teetering between life and death,” Bradley said. “We immediately came together as a family and at that moment, knew we couldn’t be in better hands—in God’s hands and in the hands of the Saint Luke’s team.”

Pat’s oxygen levels were extremely low. He was moved to the Intensive Care Unit where the team placed him on a ventilator and induced therapeutic hypothermia, or cooling therapy, to minimize any permanent damage to his brain.

Dr. Michael Nassif, a cardiologist, sat down to talk to the family about how serious the situation was.

“Pat was about as sick as a human could be,” Dr. Nassif said. “We worried he might have irreversible brain damage from prolonged dangerously low oxygen levels.”

That night, without Pat watching on, the Chiefs lost to the Los Angeles Rams 51-54.

After four long days of waiting, a nurse ran up to Janelle and told the family, “come quick!”

Back in the room, the nurse asked Janelle to see if Pat would squeeze her hand.

“Since we got married, we’ve always done three little squeezes, which stands for ‘I love you,’" Janelle said. “So, I placed my hand in his, squeezed I love you and…nothing. Then our nurse said, ‘you’ve got to push way down into his hand.’ So, I tried again and squeezed I love you, waited… and a few seconds later, I got an I love you squeeze back. That was monumental.”

The small action meant that Pat’s brain was functioning.

Even though he was on a ventilator, Pat nodded and tried to mouth “I love you” as best as he could back to their two children, Amanda and Jordan.

After that, Pat was back under heavy sedation for several days.

Then on day eight, the medical team saw a critical window to take a closer look at Pat’s heart in the cath lab. Dr. John Saxon, an interventional cardiologist, performed a heart catheterization and found multiple blockages along with a severe leak in his mitral valve.

Pat was quickly transferred to Saint Luke’s Mid America Heart Institute, the largest and most comprehensive heart and vascular care center in the region.

There in the Cardiovascular ICU, he was kept fully ventilated while the family met more teams of specialists that would be crucial in his care–cardiology, nephrology, pulmonary, and more.

The family was struck by the kindness, passion, and dedication of the team working against all odds to achieve the best possible outcome for Pat. Dozens of nurses and doctors were constantly adjusting Pat’s medications and machines, checking his vitals, installing two life-saving heart pumps, and performing multiple pulmonary procedures, including Dr. Nassif, Dr. Deepa Upadhyaya, a cardiologist, and Dr. Andrew Schlachter, a pulmonary critical care physician.

Janelle and the children, along with the extended family—Bradley, Brent, Suzanne, and their families—were at the hospital every day praying for Pat’s recovery.

“Several times, different doctors would tell us that Pat was the sickest person in the hospital,” Bradley said. “They were just making it very clear how grave the situation was, but they were so compassionate and told us there is always hope.”

Although he was still in very critical condition, his cardiologists and cardiothoracic surgeon Dr. Russ Davis decided open-heart surgery, although risky, would give him the best chance.

“My first memory was coming out of it and noticing people coming and going in and out of the room quickly and constantly checking this and that. I realized something really bad must’ve happened and suddenly felt very anxious and nervous,” Pat said. “But a nurse quickly recognized that and asked me if I’d like to listen to some music. I asked for Christian music, and it instantly calmed and relaxed me.”

That night, with Pat awake and conscious, the Chiefs defeated the Baltimore Ravens 27-24.

The following day, Dr. Davis and the surgical team performed a triple bypass and valve replacement while Pat was still on the ventilator and dialysis. The six-and-a-half-hour surgery was a success.

“The surgery went far better than any of us could have ever imagined despite the many hurdles, thanks to the great work of Dr. Davis and the team,” Dr. Nassif said.

After a few more days in the Cardiovascular ICU, Pat showed enough improvement that he was ready to be moved to a recovery room on another floor in the hospital.

“As the team began to wheel him out of that room with our family, all the nurses, doctors, cleaning staff, and others lined the hallway as they pushed Pat out to the elevator,” Janelle said. “They all had huge smiles on their faces like it was as much of a victory for them as it was for Pat. It was pretty touching.”

After a recovery period following the surgery, Pat was moved to a different floor where he began inpatient rehabilitation. After spending weeks in a hospital bed and sustaining some nerve damage to his left leg, he had lost much of his strength and was unable to stand up or walk on his own.

Once Pat regained enough of his strength to move around freely in a wheelchair, he and Janelle would take long walks down to the cafeteria to eat dinner together. Their special “date nights” became some of their fondest memories in the hospital.

When the Chiefs made it to the playoffs, Pat rooted on the team from his hospital bed until they were knocked out losing the AFC Championship to the Patriots.

Eight days later, on January 28th, 2019, Pat and his family got the news they had been waiting so long to hear—he was finally going home.

“Going out the door and feeling the sunshine on my face for the first time in 68 days, I was so thankful to the Lord,” Pat said. “I knew at that moment everything was going to be alright.”

“We all became very attached to Pat and his family,” Dr. Nassif said. “Thirty-one of our cardiologists took care of him at one point or another. He even had some of his nurses from Saint Luke’s East visit after their long shifts in the ICU—I have never seen that happen before. Pat is incredibly resilient—he’s a proven survivor.”

One year later, Pat watched his Kansas City Chiefs make it to the playoffs and go on to Super Bowl LIV. He watched his team make an astounding comeback in the fourth quarter and win the Lombardi Trophy beside his wife and family.

“My prayer for Pat throughout his journey at Saint Luke’s was that God would heal him and give him an opportunity to see the Chiefs in a Super Bowl one more time,” Bradley said. “He made it out of the hospital, and the Chiefs not only made it to the Super Bowl but won the very next year. 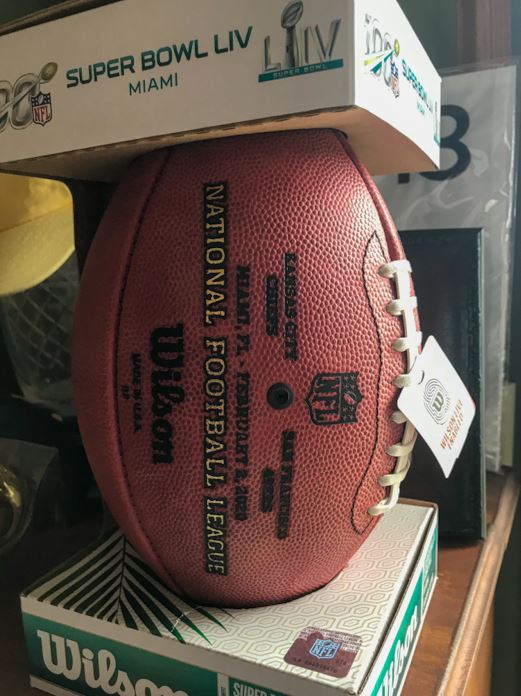 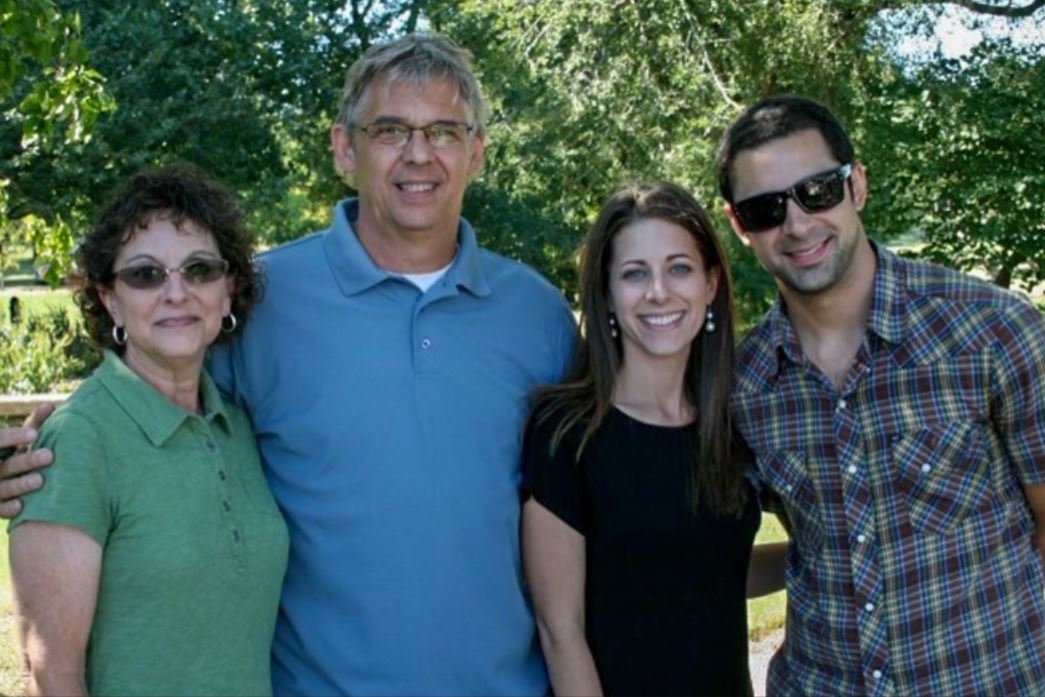 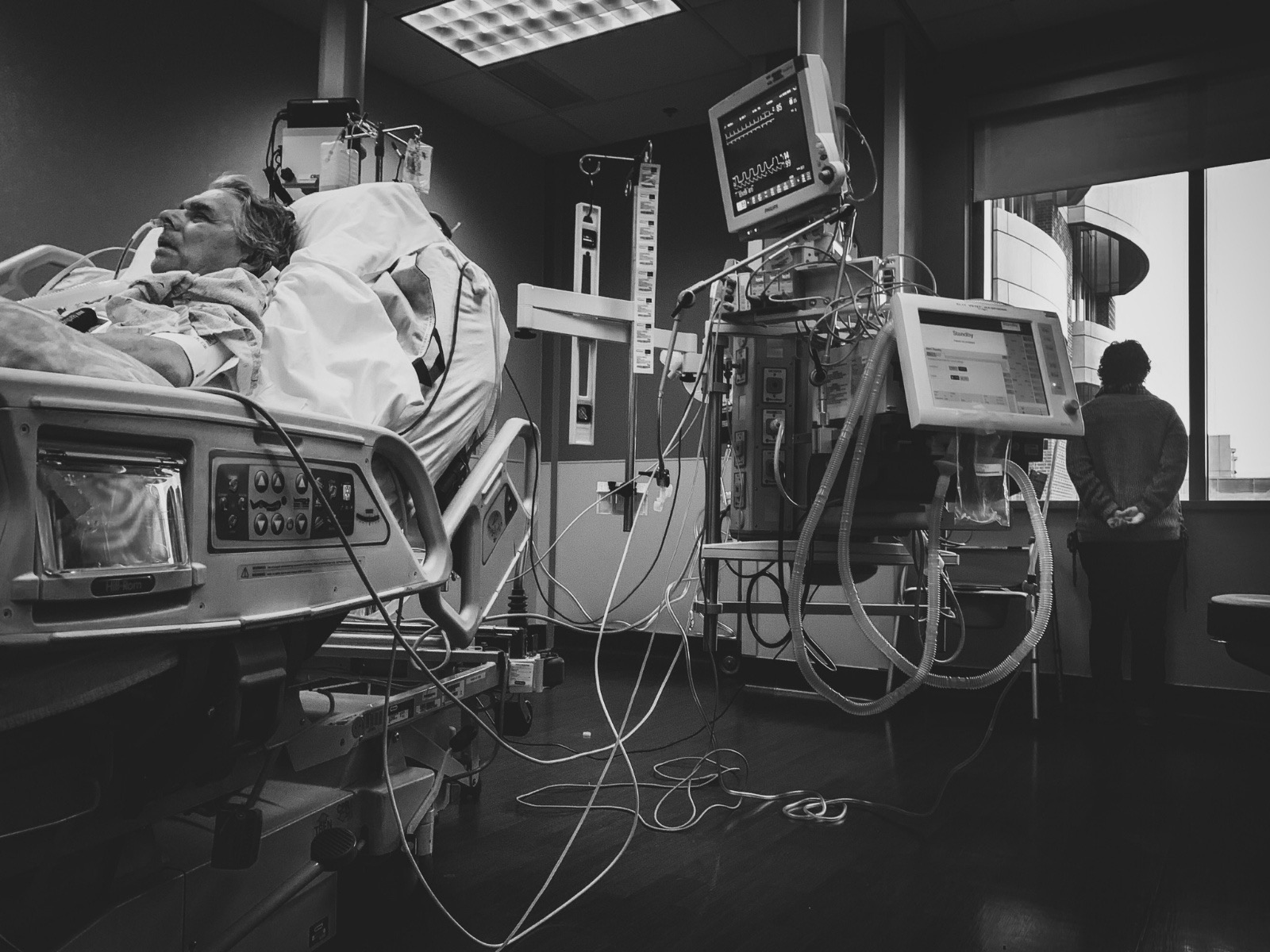 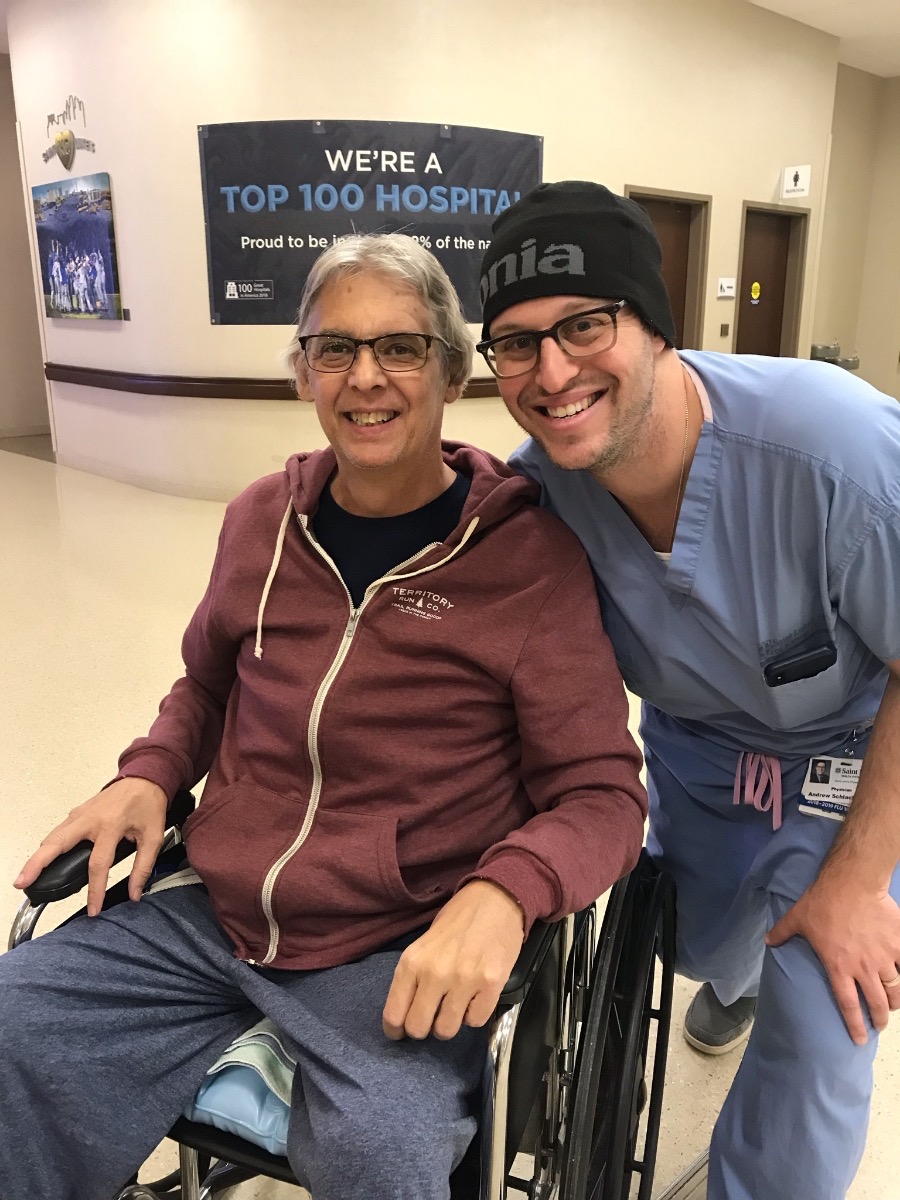 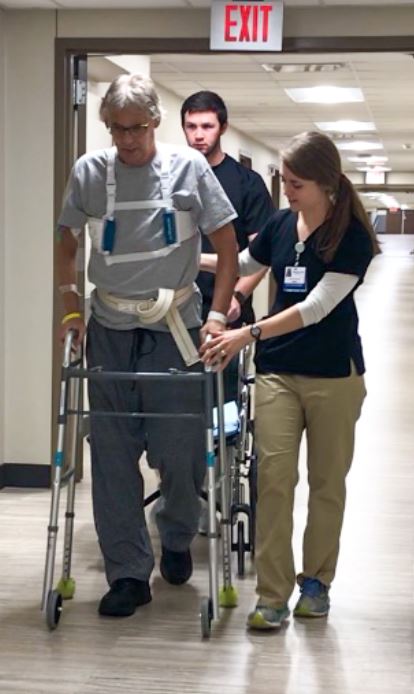 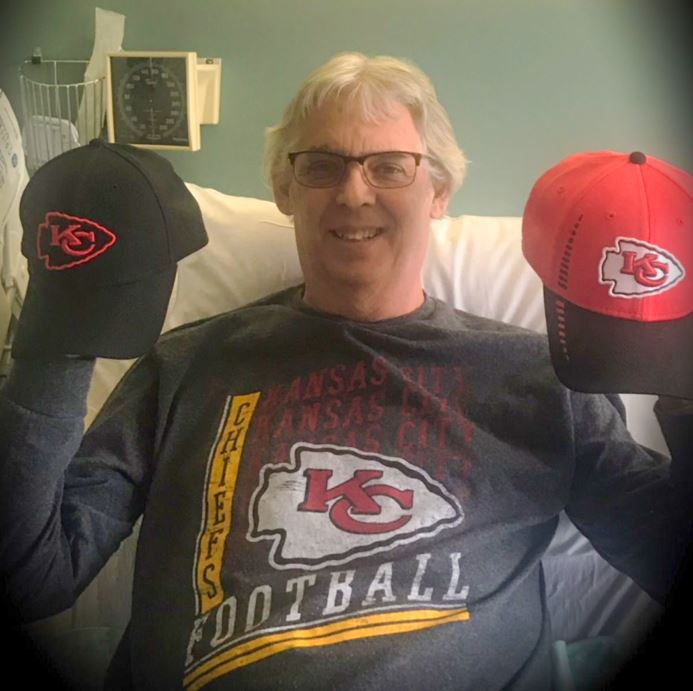 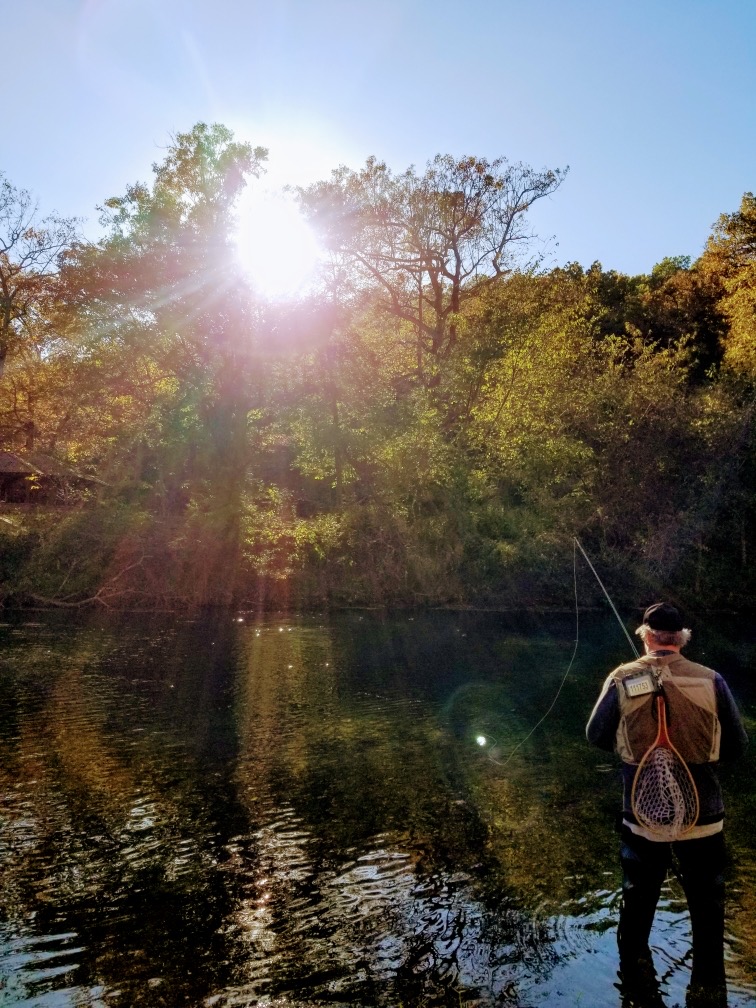 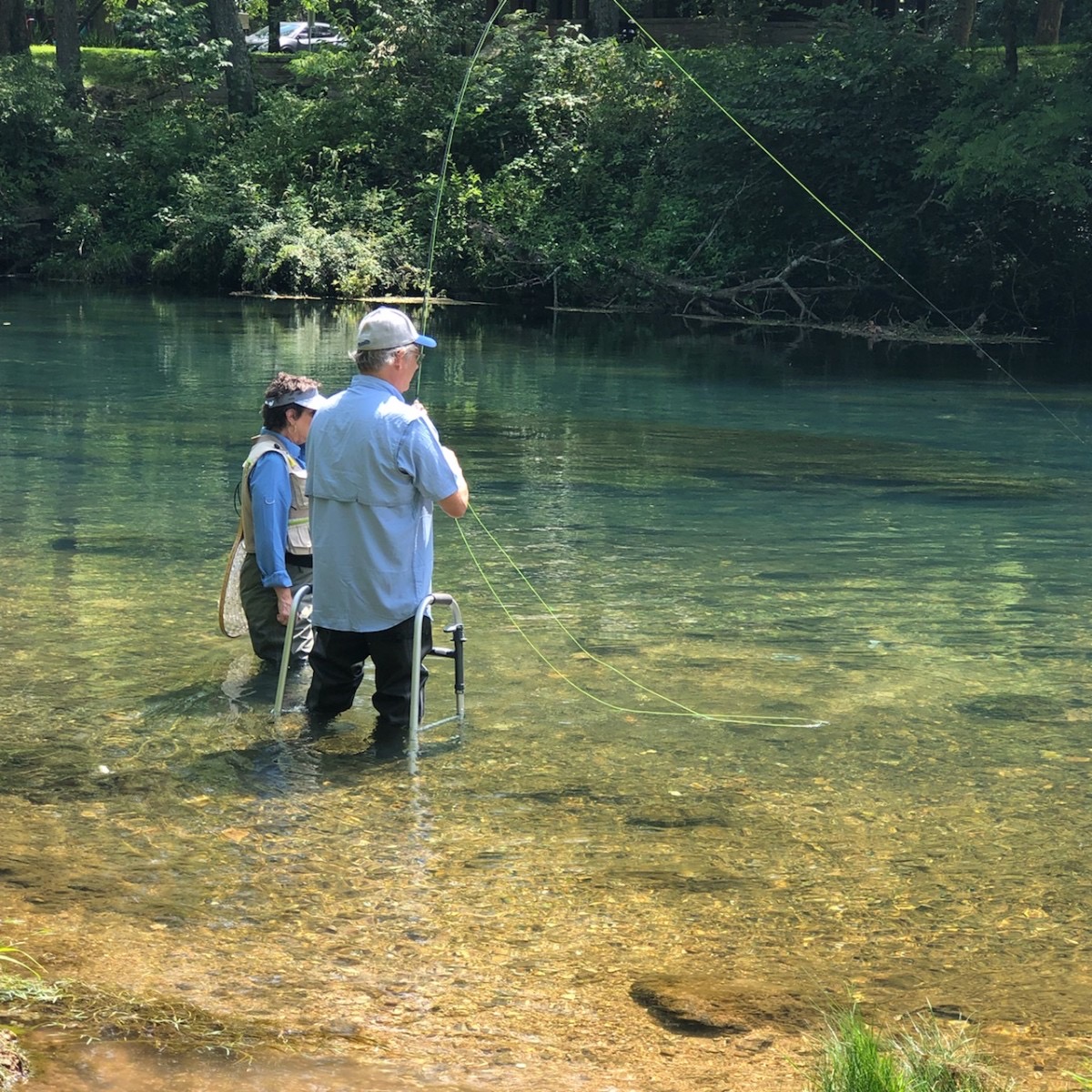 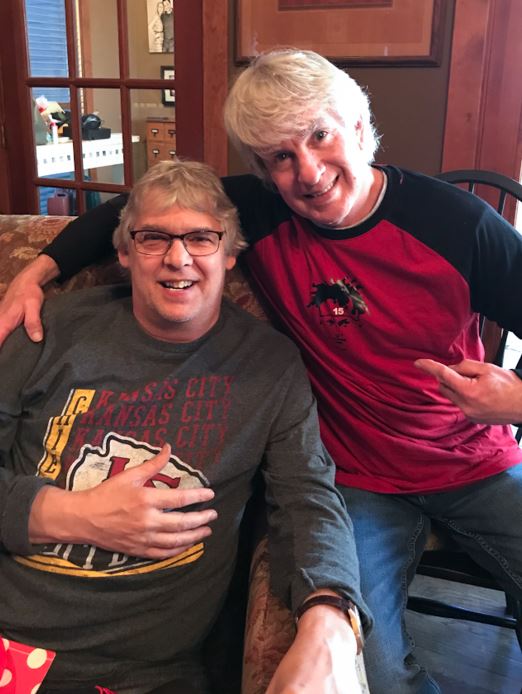 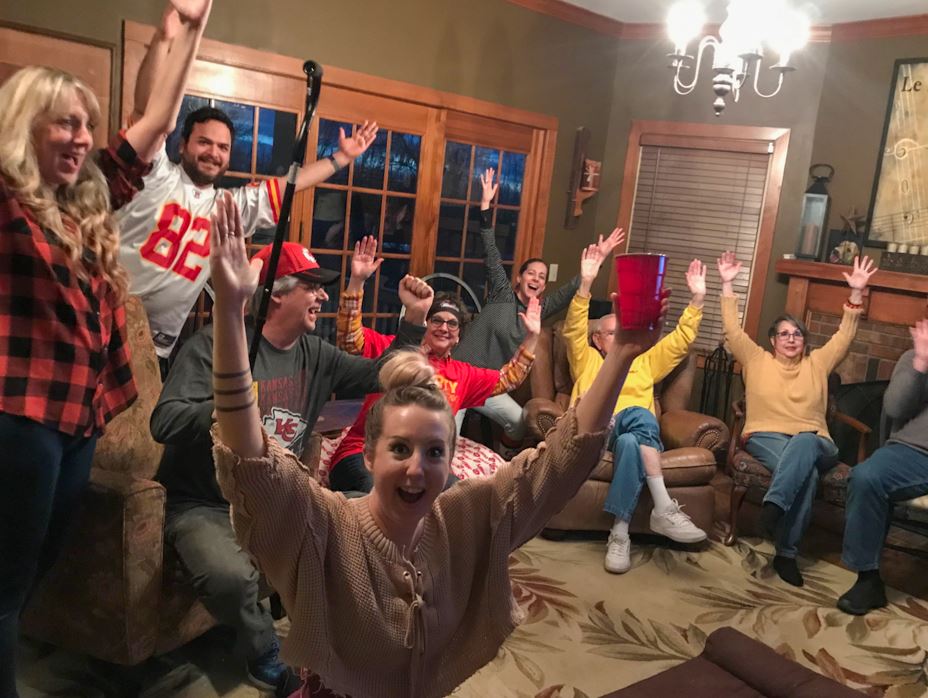