82-year-old with COVID-19 Overcomes the Odds, Inspires Others with Story of Survival

Lanny Wilson’s story has gained lots of attention in the Kansas City area.

A video of the 82-year-old leaving Saint Luke’s East Hospital with his arms raised in victory as staff and family cheered on made local headlines and was viewed on social media well over 50,000 times.

His story is one of hope which stands out from the flood of negative news amid the coronavirus pandemic.

Lanny, his wife Jane, and one of their sons took a road trip from their home in Indiana to visit their other two grown children living in the Kansas City area.

On the eight-hour car ride, Jane noticed that something wasn’t right. Lanny was having trouble breathing and his heart rate was abnormally high by the time they got to their destination. The family called 911, and an ambulance took him to Saint Luke’s East in Lee’s Summit.

“I thought we would never see him again when we put him in that ambulance,” his son Kevin said.

When he arrived at the Emergency Department, Lanny’s oxygen levels were rapidly decreasing. His deteriorating respiratory status was also putting stress on his heart, causing the irregular heart rhythm.

After shocking his heart to get it back into a regular rhythm, the medical team placed Lanny on a ventilator to control his breathing and admitted him to the Intensive Care Unit.

A test revealed he had COVID-19.

With his age, heart condition, and deteriorating status, Lanny was in the highest risk group. The team was not sure if he would survive.

But about a week later, Lanny was able to breathe on his own and was taken off the ventilator. He was moved to the Progressive Care Unit, but he was still very weak.

“The virus is just terrible,” Lanny said. “It takes all the wind out of your sails. You have no energy, no excitement, and you just try to make it through.”

Lanny talked to his wife on the phone two to three times a day while in the PCU. He noted the two had never been away from each other for so long in their 58 years of marriage.

“It was tough not being able to have her or any family come visit,” Lanny said. “That’s where the staff really stepped up and took great care of me—they were like family. They’ve got families of their own at home and are putting themselves at risk, so I really applaud the team at Saint Luke’s.”

Lanny grew a little bit stronger day by day. Soon, everyone on the floor knew him by name.

“Everybody knew Lanny because he was so sweet and thankful—everyone enjoyed getting to know him,” said Carrie Willis, the PCU nurse manager. “That’s a little unusual because we are typically so busy on our unit that we don’t all know the patient by their first name.”

As he continued to make progress, he worked with physical and occupational therapists on walking on his own and everyday tasks, like opening and closing a closet.

Finally, after 16 days in the hospital, Lanny was strong enough to go home.

The Progressive Care Unit gave a special sendoff, playing Lanny’s song of choice—Chariots of Fire—as he was rolled out of the hospital through a tunnel of cheering staff and was met by his wife and family.

“The family turned and started clapping for all of the staff and cheered us on,” Carrie said. “It was very touching. There wasn’t a dry eye in the crowd.”

In a time of high stress and anxiety, Carrie said the COVID-19 patient sendoffs are just as rewarding for her team as much as the patients and families.

“It makes the team feel like it’s all worthwhile and truly appreciated, and it takes some of that stress away,” Carrie said. “Lanny was even more inspiring to us and to the community than most because he had a lot of odds against him, but between his will to fight and our medical treatment, we were able to get him home.”

“I just want people to know that there is hope,” Lanny said. “I had the most outstanding care you can find anywhere in the world. I could never say enough about how much they mean to me.” 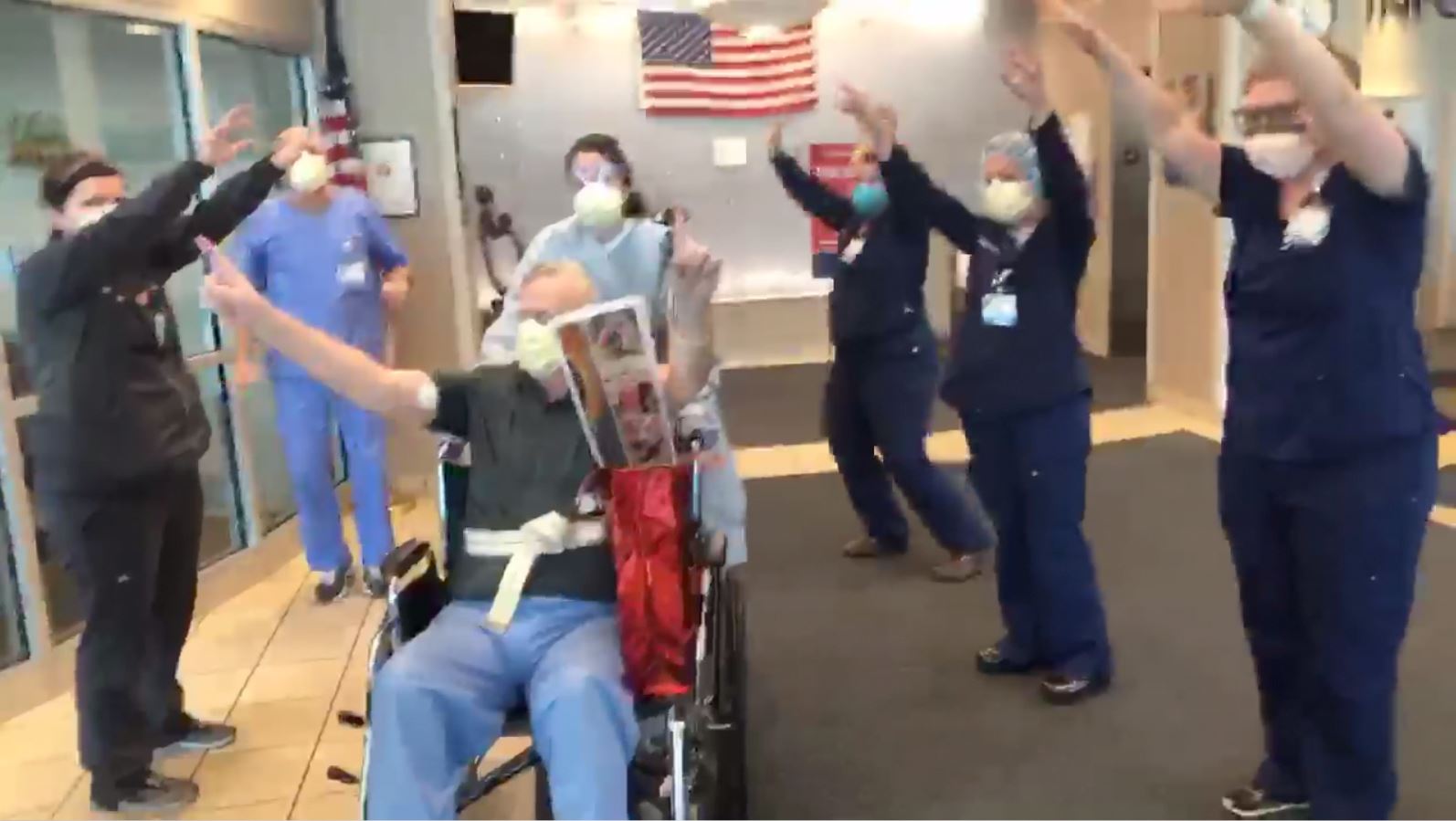 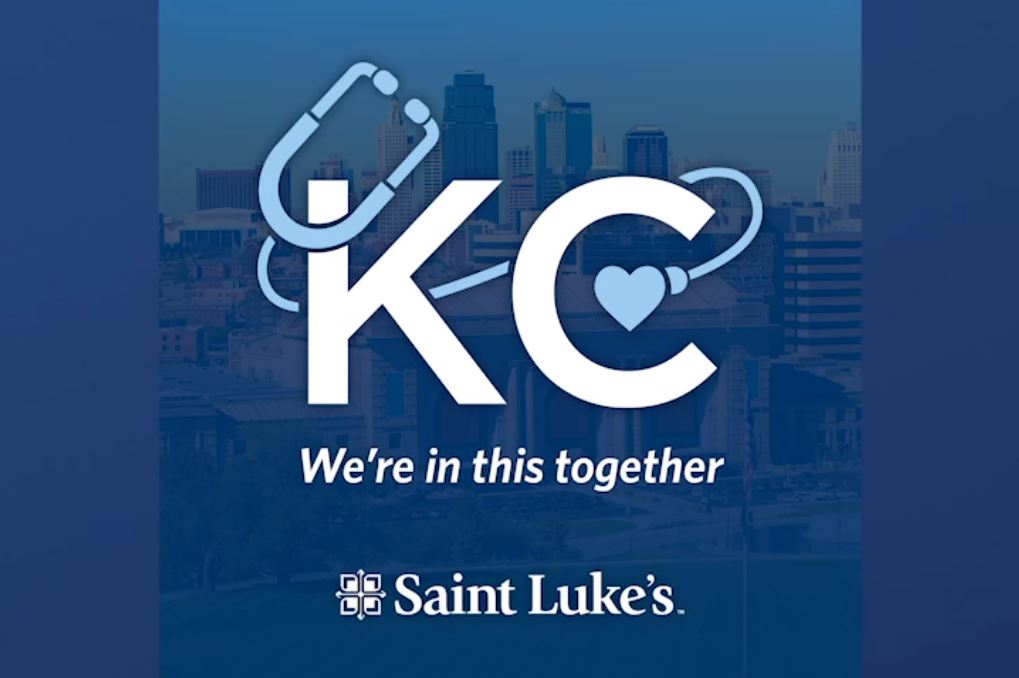 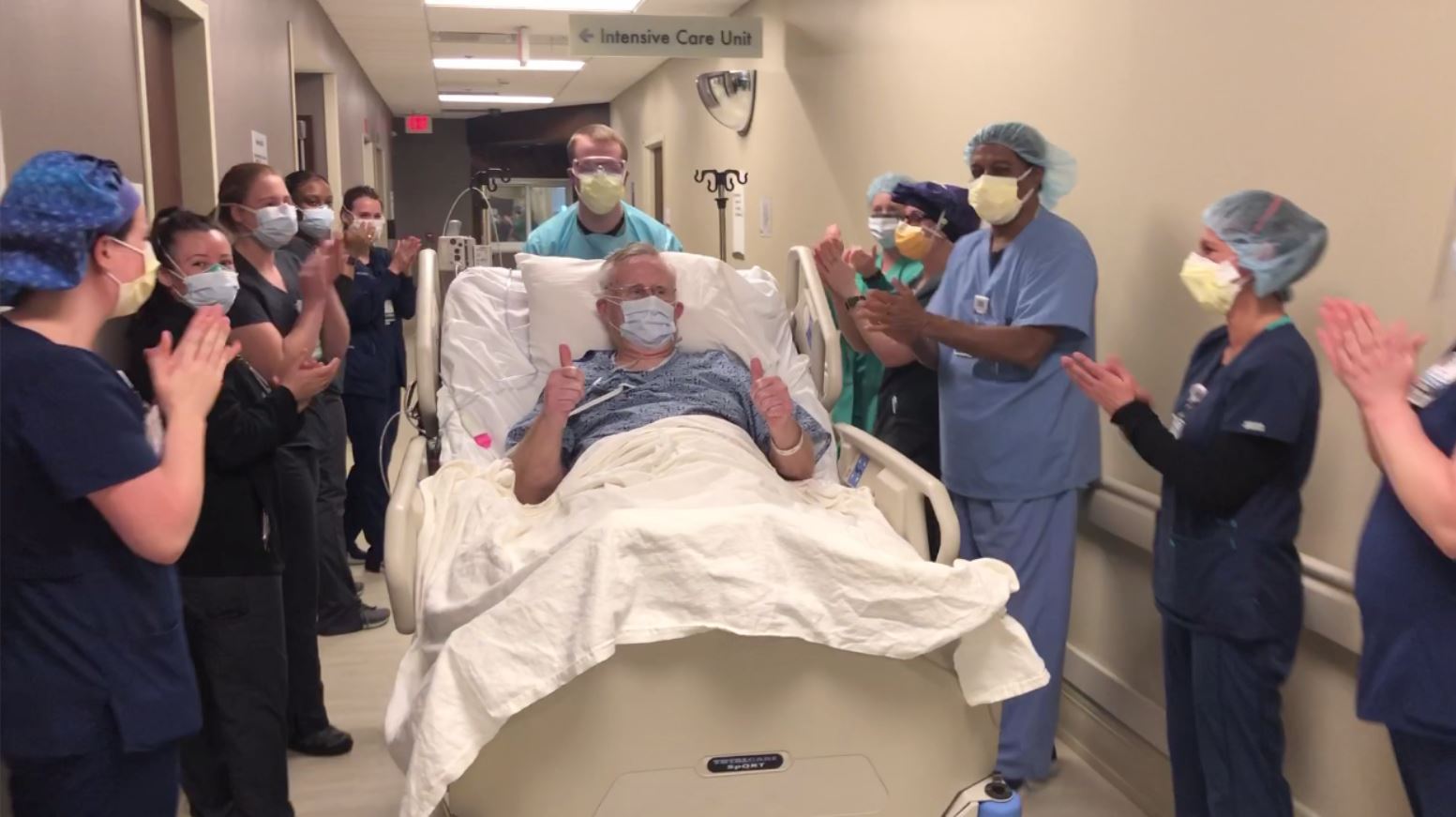