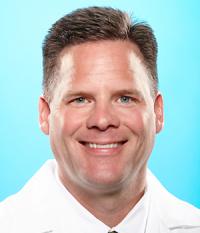 Dr. Richard Capling is a Board Certified Nephrologist and has been practicing medicine for over 15 years.

Dr. Capling earned his Doctorate of Osteopathic Medicine in 1996 from the Kirksville College of Osteopathic Medicine, Kirksville, Missouri. He completed his postdoctoral training as an intern at Horizon Health Systems in Warren, Michigan and resident at Saint Louis University Hospital in St. Louis, Missouri. Following that he completed two years of postdoctoral research fellowship training in the Division of Nephrology at Saint Louis University Hospital. He also received his fellowship in the American College of Physicians and the American Society of Nephrology.

After completion of his postdoctoral studies, Dr. Capling was appointed as a Major and Chief of Nephrology for the United States Air Force. Here, he received the Meritorious Service Medal. He stayed in this position for 3 years until deciding to pursue private practice.

Outside of practicing medicine, Dr. Capling serves as Past President and Board member for the National Kidney Foundation of Kansas and Western Missouri. He currently serves as the Medical Director of DaVita Dialysis Clinic. Dr. Capling is also a member of the American Society of Nephrology, the International Society of Nephrology, the National Kidney Foundation, the American College of Physicians, and the American Society of Diagnostic and Interventional Nephrology.  He has also co-authored several medical publications and serves as an expert witness in medical litigation cases.

In his free time, Dr. Capling enjoys exercising, participating in triathlons and spending time with his wife and kids.