Cancer is when cells in the body change and grow out of control. Your body is made up of tiny building blocks called cells. Normal cells grow when your body needs them, and die when your body doesn't need them any longer.

Cancer is made up of abnormal cells that grow even though your body doesn't need them. In most cancers, the abnormal cells grow to form a lump or mass called a tumor. If cancer cells are in the body long enough, they can grow into (invade) nearby areas. They can even spread to other parts of the body (metastasis).

What is esophageal cancer?

Esophageal cancer is cancer that starts in your esophagus.

The esophagus is a tube that makes up part of the digestive tract. It carries the food and liquid you eat from your throat to your stomach. In adults, it’s about 10 inches long. The esophagus is located behind the windpipe (trachea) and in front of your spine.

When you swallow, the esophagus tightens and relaxes. This causes “waves” along the tube. This motion moves food down into your stomach. Glands in the esophagus create mucus to keep the lining moist and make swallowing easier.

The lower end of the esophagus connects to the stomach at the gastroesophageal junction (GEJ).

What are the types of esophageal cancer?

There are 2 main types of esophageal cancer:

There are other types of esophageal cancer, but they are rare.

How esophageal cancer grows and spreads

Over time, the gland cells that replace the squamous cells can develop dysplasia. This is when glandular cells start to look abnormal and grow in an abnormal way. Esophageal dysplasia is a pre-cancerous condition.

Both types of esophageal cancer start in the inner lining of the esophagus. As these cancers grow, they often narrow the opening in the middle of the esophagus. This is called the lumen. This can cause problems with swallowing.

Talk with your healthcare provider

If you have questions about esophageal cancer, talk with your healthcare provider. He or she can help you understand more about this cancer.

What are the symptoms of esophageal cancer?

Esophageal cancer often doesn’t cause symptoms in its early stages, when it's small and hasn't spread. When this cancer does cause symptoms, they’re often like those you might have with other health issues, such as indigestion.

Early symptoms of esophageal cancer include:

As esophageal cancer gets worse and the tumor grows, symptoms can become more severe. You may have:

When to see your healthcare provider

There are many treatment choices for esophageal cancer. Which may work best for you? It depends on a number of factors. These include the type, size, location, and stage of your cancer. Factors also include your age, overall health, what side effects you can stand, and your preferences.

Learning about your treatment options

You may have questions and concerns about your treatment options. You may also want to know how you’ll feel, how your body will look and work after treatment, and if you’ll have to change your normal activities.

Your healthcare provider is the best person to answer your questions. He or she can tell you what your treatment choices are, how successful they’re expected to be, and what the risks and side effects are. Your healthcare provider may advise a specific treatment. Or he or she may offer more than one, and ask you to decide which one you’d like to use. It can be hard to make this decision. It's important to take the time you need to make the best decision.

Deciding on the best plan may take some time. Talk with your healthcare provider about how much time you can take to explore your options. You may want to get a second opinion before deciding on your treatment plan. And you may want to involve your family and friends in this process.

Understanding the goals of treatment for esophageal cancer

For some esophageal cancers, the goal of treatment is to cure the cancer. If a cure isn’t possible, you may get treatment to help shrink the tumor. Or treatment may keep it under control for as long as possible. Treatment can also improve your quality of life. It does this by helping to control the problems caused by the cancer, like bleeding or trouble swallowing. The goals of treatment include:

Types of treatment for esophageal cancer

Many kinds of treatment can be used for esophageal cancer. You may get a combination of different treatments. The treatments used depend on a number of factors, such as:

Some of the most common treatments used are listed below.

This is the most common treatment for early stage esophageal cancer, especially if it's in the lower part of the esophagus. Surgery may cure the cancer at this stage, when it's small and only in the esophagus. Even when the cancer can’t be cured, your healthcare provider may suggest surgery to ease symptoms caused by the tumor.

This treatment is most often used along with chemotherapy, either before or after surgery. Radiation and chemotherapy before surgery can help shrink a tumor. This can make it easier to take out. After surgery, radiation and chemotherapy can kill cancer cells that are left. It may also be used as part of the main treatment in people who can't have surgery. It may be used to help relieve symptoms in people with advanced cancer.

For esophageal cancer, chemotherapy is often used with radiation. It may be used before or after surgery. Or it may be part of the treatment for people who can't have surgery.

Both of these treatments can be used to treat cancers that have spread beyond the esophagus.

PDT uses a special light-activated medicine and laser to kill cancer cells. It can be used to treat some very early stage cancers. But it’s most often used to help relieve symptoms, such as trouble swallowing, in people with advanced cancer. Other endoscopic treatments can also be used to help relieve symptoms in advanced cancer. These include using a laser or electric current to kill cancer cells in your esophagus.

Researchers are always looking for new ways to treat esophageal cancer. These new methods are tested in clinical trials. Talk with your healthcare provider to find out if there are any clinical trials you should consider.

Talking with your healthcare provider

Thinking about treatment options may seem overwhelming. Talk with your healthcare team and loved ones. Make a list of questions. Think about the benefits, risks, and side effects of each option. Talk about your concerns with your healthcare provider before making a decision. 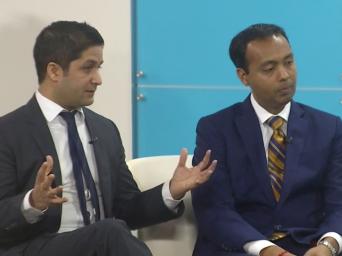 MEDIA COVERAGE: Saint Luke's Announces Center for Precision Oncology
Our precision oncology experts treat your tumor’s mutation, not just your cancer’s location. It’s the only program within 450 miles that offers this level of expertise in clinical oncology, tumor genomics, and computational biology. 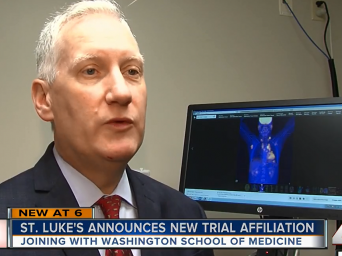 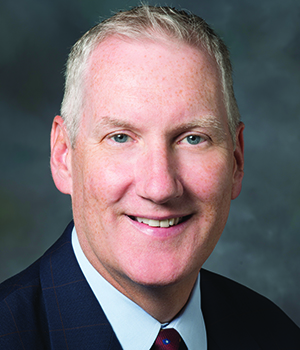 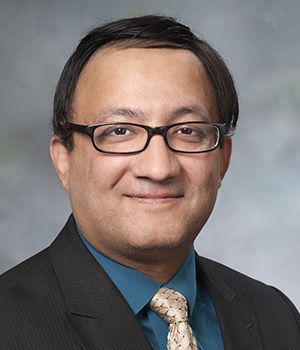 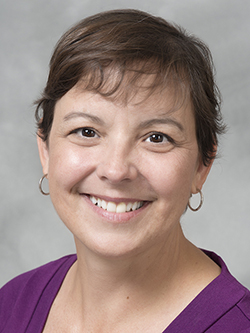 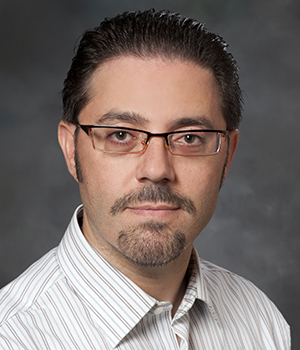 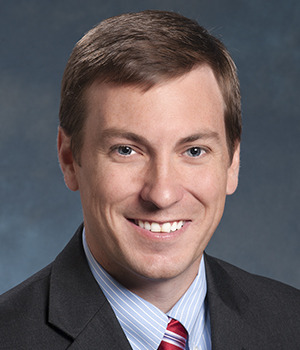 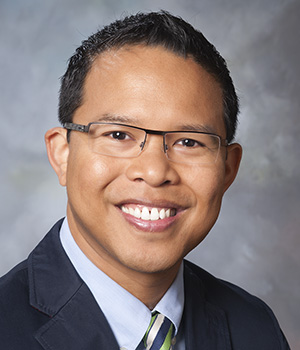