“Pulmonary rehab has changed my life. If I had accepted the prognosis of my previous doctor, I probably wouldn’t be here today.” - James Seymore

For three decades, breathing troubles followed James Seymore as he and his wife moved from one place to another.

In 1980, he received his first diagnosis of pulmonary sarcoidosis in Wyoming. The inflammatory condition can cause shortness of breath, coughing, fatigue, and joint pain. His first bout resolved after a course of steroids, but it returned seven years later after the Seymores moved to Oregon.

During several moves through Australia, Washington, and California, James found himself with yet another new pulmonologist, the same steroids inhalers, and worsening symptoms. By the time the couple moved to Kansas City in 2006, James’ ninth pulmonologist offered a bleak assessment.

“You are overweight. You have stage 4 interstitial lung disease from the scar tissue on your lungs. And you have mild-to-moderate pulmonary hypertension, which is straining your heart,” he told James. “We will just monitor you from here.”

When he complained to his internist, Diane Voss, MD, she referred him to Saint Luke’s pulmonologist Mark Yagan, MD, in 2010.

Dr. Yagan recommended something no other doctor had ever mentioned to James.

Pulmonary rehabilitation for people with chronic lung disease was something James had no idea even existed when he arrived at Saint Luke’s East Hospital’s Pulmonary Rehabilitation Program in 2010. He could only walk 1,560 feet without oxygen.

Vickie taught him a pursed-lip breathing technique to take in more oxygen. He learned how to monitor his oxygen levels, when to use supplemental oxygen, and how to get maximum benefit from his medications.

After he graduated, James stayed on a maintenance program, visiting the center twice a week. Now he’s walking 5,280 feet with two-pound weights. He’s lost 40 pounds, which has taken pressure off his diaphragm and allowed him to breathe deeper. And he’s been able to travel to join his wife, an engineer who often works at remote job sites, for vacations around the world. He regularly monitors his oxygen levels and uses supplemental oxygen to maintain appropriate levels, including during air travel.

Vickie called James “an inspiration for patients with chronic lung diseases.” He’s also popular with Better Breathing Club members, who meet regularly to keep up on the latest techniques to manage their conditions.

“Pulmonary rehab has changed my life,” James said. “If I had accepted the prognosis of my previous doctor, I probably wouldn’t be here today.” 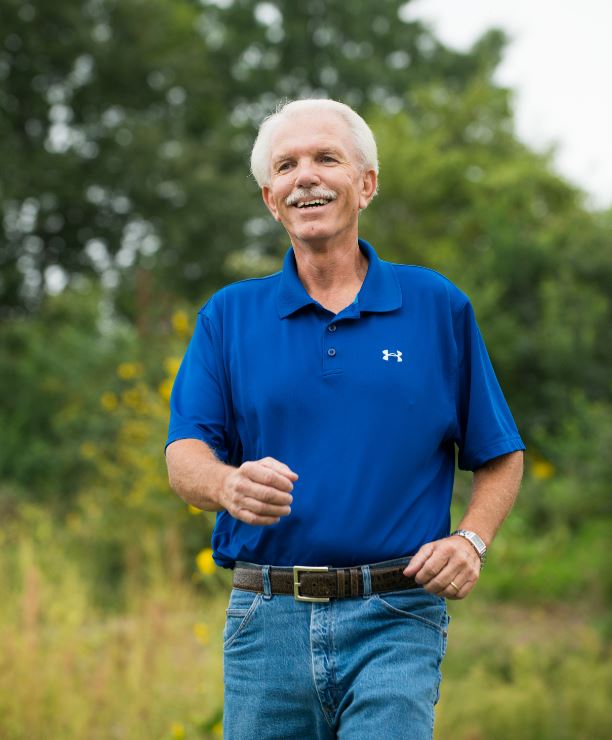