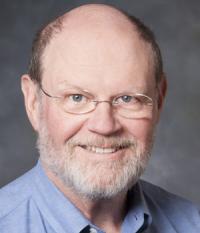 Graduated with honors from Baylor College of Medicine in Houston, TX in 1968. Medicine internship was at Methodist Hospital in Houston in 1969. Spent two years with the United States Public Health Service before starting Neurology residency at the University of Texas Medical Branch in Galveston, TX finishing training in 1974.

Dr. Morris was a member of the faculty of the Neurology Department at UTMB from 1974 to 1982. At UTMB was the Director of the EEG laboratory and the Adult Epilepsy Clinic. In 1982 was appointed to the Department of Neurology at the Cleveland Clinic Foundation in Cleveland, OH. Was Head of the Section of Epilepsy and Sleep Disorders at the Cleveland Clinic from 1990 until 2003.  In 2004 joined Fletcher Allen Health Care and was Clinical Professor of Neurology at the University of Vermont until 2011. Joined Saint Luke's Neurological Consultants in Kansas City in 2012.

Dr. Morris was elected to the Baylor Chapter of Alpha Omega Alpha in 1967 and elected president of the organization in 1968. He has been selected as one of the Best Doctors in America® from 1996 - 2012. Received the Teacher of the Year Award from the Department of Neurology, Cleveland Clinic Foundation in 2004 and the Epilepsy Foundation of Northeast Ohio Legacy Distinguished Service Award  in 1997.

Dr. Morris has participated in multiple research studies in the fields of neurology, epilepsy, and sleep disorders over the years.  He has authored or co-authored more than 500 scientific publications, book chapters, and scientific presentations.