When Ryan Harshner started having heartburn and a fever this past Thanksgiving, he thought it was the flu. But soon, the 34-year-old was fighting for his life.

As his symptoms continued to get worse, Ryan's wife called 911. The construction worker and father of two was taken to Saint Luke's East Hospital, where his heart stopped twice. He was quickly transported to Saint Luke's Mid America Heart Institute at Saint Luke's Hospital of Kansas City.

Doctors determined a virus went to Ryan's heart and caused the issue--a rare and extremely serious form of heart failure. Ryan was put on a form of life support called ECMO (Extracorporeal Membrane Oxygenation) to support his heart and lungs for about a week. Saint Luke's is one of only a few hospitals in the region with ECMO that can help save the lives of the most critically ill.

Amazingly, his heart was able to regain enough strength to return to normal with no permanent damage.

“When I met Ryan, to put it frankly, I mean, he appeared gray, his blood pressure was very low and at one point he required CPR," Dr. Adam Fleddermann, a cardiologist with Saint Luke's Mid America Heart Institute told FOX4. "After seven days on ECMO, he was taken off. He did very well, and now, remarkably, he is back to his usual state of health." 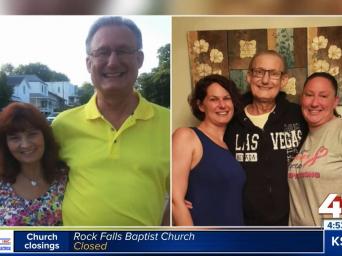 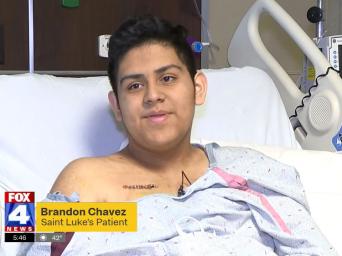 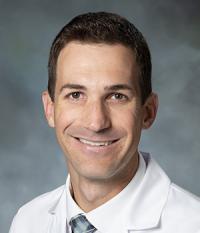