Anatomy of the Pediatric Digestive System 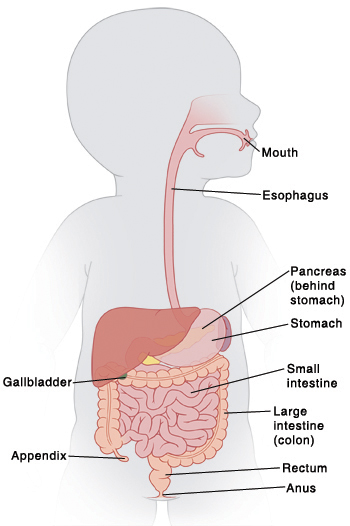 The digestive system breaks food down into basic nutrients that can be used by the body. As food moves through the digestive tract, it’s digested (broken down into parts and absorbed into the bloodstream). Certain organs (such as the liver, gallbladder, and pancreas) help with this digestion. Parts of food that can’t be digested become stool. This is waste material that’s passed out of the body.