NEW ORLEANS (March 18, 2019) — Patients with heart failure and a leaking heart valve reported feeling better and experiencing fewer heart failure symptoms if they underwent a procedure to repair their valve than if they were treated with standard treatment alone, according to research presented at the American College of Cardiology’s 68th Annual Scientific Session.

The findings are the latest to come from the COAPT trial, which investigated the use of a procedure called transcatheter mitral-valve repair (TMVr) to repair a mitral valve that does not close properly due to problems with the heart’s chambers, a condition known as secondary mitral regurgitation. In 2018, COAPT researchers reported that patients undergoing TMVr had significantly better rates of survival at two years compared to those receiving standard medical therapy. For the new study, researchers further analyzed data from the trial to determine whether the valve repair also improved patients’ quality of life.

“In patients with heart failure and secondary mitral regurgitation, TMVr resulted in early, substantial and sustained improvement in health status compared with standard care,” said Suzanne Arnold, MD, a cardiologist at Saint Luke's Mid America Heart Institute and associate professor of medicine at the University of Missouri–Kansas City, the study’s lead author. “These outcomes are incredibly important to patients, and showing that TMVr improves patients’ symptoms and quality of life adds further support to the use of TMVr in these patients.”

Heart failure, a condition in which the heart cannot pump enough blood to meet the body’s needs, affects about 5 million people in the United States. It is estimated that at least a quarter of heart failure patients also have secondary mitral valve regurgitation, which allows blood to flow backward through the mitral valve and further reduces the heart’s ability to pump blood. People with both conditions commonly suffer symptoms such as shortness of breath, swelling and fatigue.

COAPT enrolled 614 patients treated at 78 medical centers in the United States and Canada and randomly assigned them to receive TMVr or standard medical therapy, which typically includes diuretics, beta blockers and other medications. All participants had heart failure and moderate to severe secondary mitral regurgitation at the start of the trial. Researchers assessed participants’ quality of life with the Kansas City Cardiomyopathy Questionnaire (KCCQ), a tool designed to assess the symptoms, functional limitations, social limitations, and quality of life of people with heart failure.

At the start of the trial, participants scored 52 out of 100 on the KCCQ summary score, on average. This reflects a relatively poor quality of life in which patients’ heart failure symptoms significantly limited their daily activities, with shortness of breath or fatigue with everyday activities such as walking on level ground or doing light housework, Arnold said.

“The durability of the finding was a bit surprising given that these patients had pretty severe heart failure at baseline,” said Arnold. “You might expect that the benefit would wane over time, and the fact that we didn’t see much reduction over time was encouraging.”

By just one month, patients treated with TMVr reported an average KCCQ summary score of 71, meaning they may have shortness of breath or fatigue when walking briskly or up an incline but were no longer limited in their ability to do less vigorous activities, such as shopping or walking at their own pace. Although deaths were common in both treatment groups owing to advanced age, comorbidities, and underlying heart failure, a higher proportion of patients who were randomized to TMVr were alive with significant improvement in health status at every follow-up time point. For example, at 2 years, 36% of patients treated with TMVr were alive with a moderate improvement in health status compared with only 17% in the standard care arm.

The study was limited by the fact that it was not a blinded trial; patients knew whether or not they had undergone valve repair. In addition, because a relatively large proportion of patients died before the end of the two-year follow-up, the loss of the more severely ill patients, who likely had the poorest quality of life, may have biased the average quality of life over time in a slightly upward direction. It is also unclear whether the results are generalizable beyond the specific patient group that was included in the trial, Arnold noted.

The study was funded by Abbott.

This study was simultaneously published online in the Journal of the American College of Cardiology at the time of presentation.

The ACC’s Annual Scientific Session, which in 2019 will be March 16-18 in New Orleans, brings together cardiologists and cardiovascular specialists from around the world to share the newest discoveries in treatment and prevention. Follow @ACCinTouch, @ACCMediaCenter and #ACC19 for the latest news from the meeting.

Saint Luke’s Mid America Heart Institute, a member of Saint Luke’s Health System and a teaching affiliate of the University of Missouri-Kansas City, is one of the preeminent cardiovascular programs in the country. Its legacy of innovation began more than 25 years ago when it opened as the nation’s first heart hospital. Since then, the Heart Institute has earned a world-wide reputation for excellence in the treatment of heart disease, including interventional cardiology, cardiovascular surgery, imaging, heart failure, transplant, heart disease prevention, women’s heart disease, electrophysiology, outcomes research, and health economics. With more than 50 full-time board certified cardiovascular specialists on staff, the Heart Institute offers one of the largest heart failure/heart transplant programs in the country, has the largest experience with transcatheter aortic valve replacement in the Midwest, and is a global teaching site for the newest approaches to opening challenging blocked arteries using minimally invasive techniques. 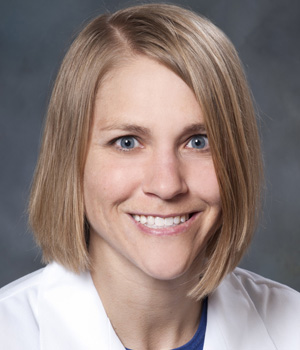