“Had I not received that tPA, my whole life would have been different.” - Kathi Tolly

Emergency Department nurse Kathi Tolly was working the night shift at Wright Memorial Hospital in Trenton, Missouri, completing a virtual training on tPA, the clot-busting drug that stops brain damage during strokes. Minutes later, she herself had a stroke and needed tPA.

Kathi has been a nurse since 2006 and worked at Wright Memorial Hospital, one of Saint Luke’s critical access hospitals, since 2013. The 58-year-old mother of two daughters, a son, a stepdaughter, and grandmother of 11, has lived in Linneus, Missouri, her whole life.

The evening she had her stroke, Kathi had a headache, but didn’t give it much thought. She and fellow nurse Cami Harrison worked at their desks to finish their annual training on administering tPA. Around 4 a.m., Kathi stood up from her desk and felt something was wrong.

“I sat there long enough that my leg fell asleep, and I thought I better get up and move around,” Kathi said. “I stood up and fell hard on the floor. It was like my leg wasn’t there. Cami asked if I was okay, and I tried to laugh it off by saying my leg was more asleep than I thought. I was able to get back into the chair and tried to stand up again, but when I put my left foot down, I couldn’t even feel it hitting the floor. It was like there was no leg there.”

Unable to walk or hold herself up, both Cami and Kathi knew it was a stroke. Thankfully, they were already in the Emergency Department. Cami ran to get the house supervisor, and the expert team acted quickly and put Kathi in a patient room. Her symptoms had progressed to her left arm and face.

A Code Stroke was called on the hospital’s intercom. Cami, along with CT technologist Jeremiah Hamilton, nurse Kristen Price, Medical Surgical nurse Mele Patterson, and emergency department physician Dan Bartlett, MD, responded. Kathi had heard that call many times, except this time she was the patient.

A multitude of thoughts ran through Kathi’s head in the first three minutes. She knew the routine well: She would need a CT scan, an IV, an EKG, a blood sugar check, and was a candidate for tPA. Saint Luke’s patient transfer team would need to be called to transport her by ground ambulance since she couldn’t be airlifted because of the weather.

As Kathi thought this, she was scared. Deep breaths, she told herself. She realized her coworkers had it under control. She was having an ischemic stroke, which is caused by a blood clot in the brain, and she was in expert hands.

“Our critical access hospitals are essential because we have a period of time that we can save a lot of brain as we can get the area perfused,” Dr. Bartlett said. “Making a quick, accurate diagnosis and then starting the proper treatment to whatever is impeding the flow of blood to that area of the brain is crucial to how much of a recovery you get.”

The coworkers administered tPA to break down Kathi’s blood clot. Patient transfer services arrived and took her to Saint Luke’s Marion Bloch Neuroscience Institute in Kansas City. By the time she got there, Kathi could feel symptoms resolving, which indicated the tPA working.

The care team at Wright Memorial Hospital called Kathi’s family. One daughter met her at the hospital before she was transferred, while her husband and other daughter drove two hours from Linneus to Saint Luke’s Hospital of Kansas City. While in the ICU, Kathi received a neurological examination every 30 minutes. Her numbness and mobility slowly improved. The hardest part was lifting her left leg and getting out of bed.

Thanks to her fast-acting coworkers at Wright Memorial and expert clinicians at the Neuroscience Institute, it didn’t take long for Kathi to improve. By morning, she was symptom-free. She stayed in the hospital for two days and took the next week off work while taking blood thinner and aspirin. In no time, she was back at work helping patients.

Kathi hopes her story will teach others the importance of knowing the signs of a stroke and what to do. Saint Luke’s helps you remember it by saying BE FAST. 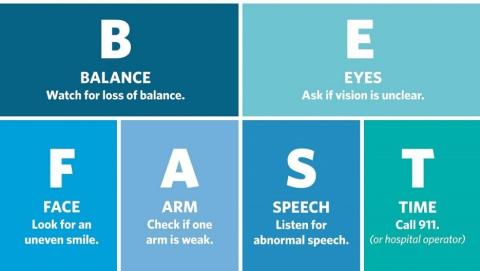 Every second of a stroke kills 32,000 brain cells. When you spot these symptoms in yourself or someone else, call 911 immediately. 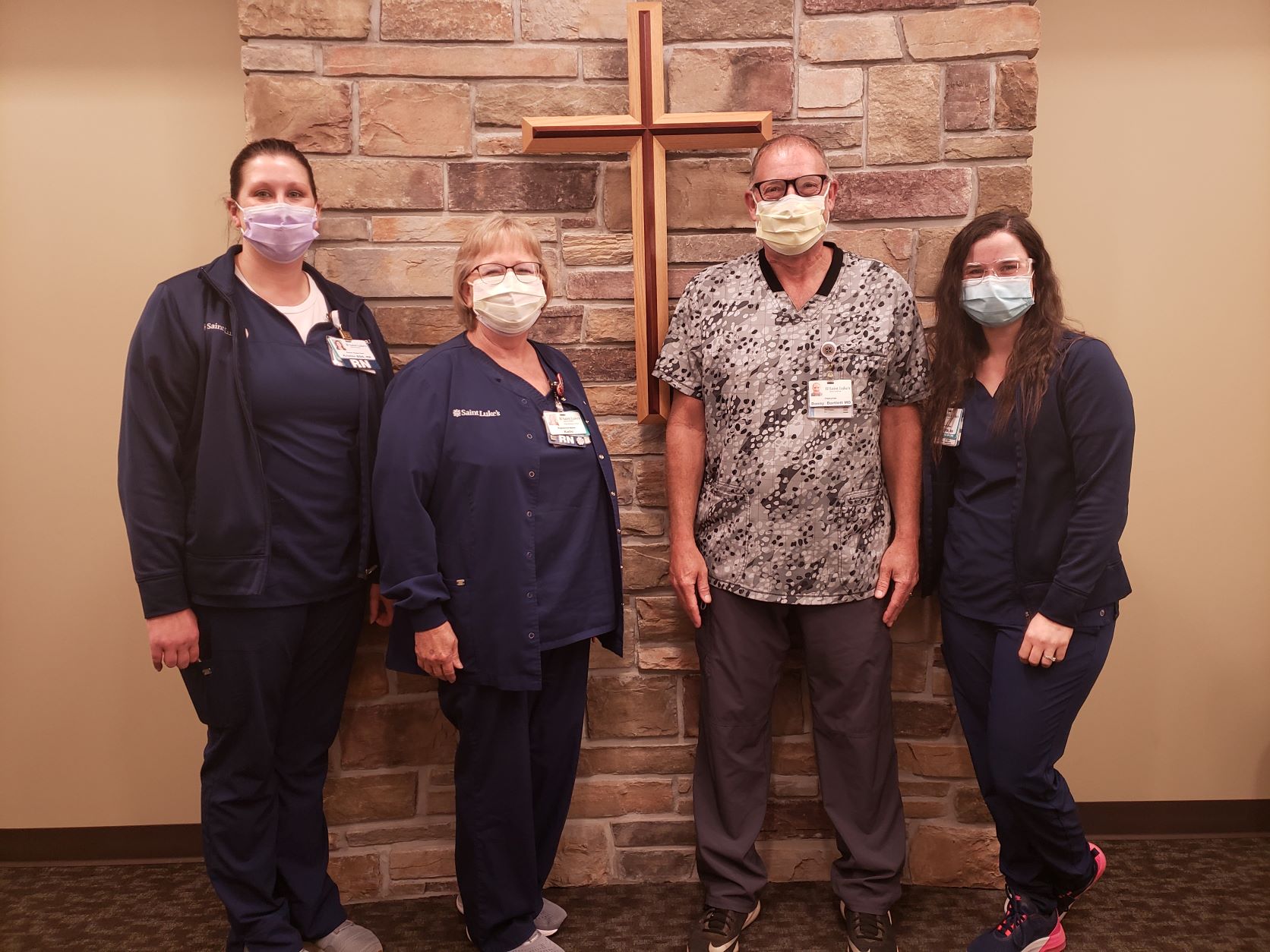