“I decided to follow the directions of my physicians and dietitians, and it has worked out well for me” - Gene Hall

Eugene “Gene” Hall has a love for music. He graduated from the University of Kansas in 1954 with two degrees, one in piano performance and the other in composition. He decided to start law school but soon after was called by the Army to serve from 1954-1955 in Japan at the end of the Korean War in the Medical Service Corp as a hospital administrator. He was even able to travel in the Far East with a soldiers’ chorus to perform for other service men in camps. When he returned, he finished law school at the University of Missouri-Kansas City.  At 88, he is now a retired lawyer, a co-founder of the Kansas City Jazz Orchestra and is no stranger to the halls of Saint Luke’s Hospital.

In December, 1986, Gene had a heart attack while playing tennis and he asked his tennis partners to take him to the emergency department at Saint Luke’s Hospital of Kansas City. The following March he began his cardiac rehabilitation. Gene has been dedicated and has come to cardiac rehab three days a week, for more than 30 years!

“As the years have gone by, I haven’t been as faithful at getting in 3 days a week but I go as often as I can,” said Gene.

But Gene is a busy man.

In 2003, he co-founded the Kansas City Jazz Orchestra because of his love of music. Today, he is the President of that non-profit organization and is a member of its Board of Directors. The 18 piece orchestra is made up of professional musicians, selected from the very best from Kansas City and surrounding areas, and performs regularly at Helzberg Hall in the Kauffman Performing Arts Center. Gene says the orchestra keeps him active and on the go.

Gene’s cardiovascular physician now is Dr. Tracy Stevens, cardiologist with Saint Luke’s Mid America Heart Institute. Since his heart attack, Dr. Stevens says he has had bypass surgery, a pace-maker, atrial fibrillation and has even benefited from cardiac research.  She explained that in terms of cardiology, that is everything from “plumbing to electricity” and at his last check-up, she gave him an A+ for his heart health.

“His discipline is to be credited for his cardiovascular health,” Dr. Stevens says, “Yes, he stays on his yearly visits but it is what he does in between those times that makes all the difference.”

Throughout the years he has continued to be a faithful patient. Dr. Steven’s says the key is he is disciplined. He is mindful of staying active and he knows the importance of community.

“His discipline in combination of medical research and dedication to the community is the perfect triad,” said Dr. Stevens.

Gene contributes his longevity and healthy life to his faithfulness to cardiac rehab and watching his diet. In those early years of cardiac rehab, he says he would meet with registered dietitians who would encourage him to eat a healthy diet and exercise.

“I decided to follow the directions of my physicians and dietitians, and it has worked out well for me,” said Gene. 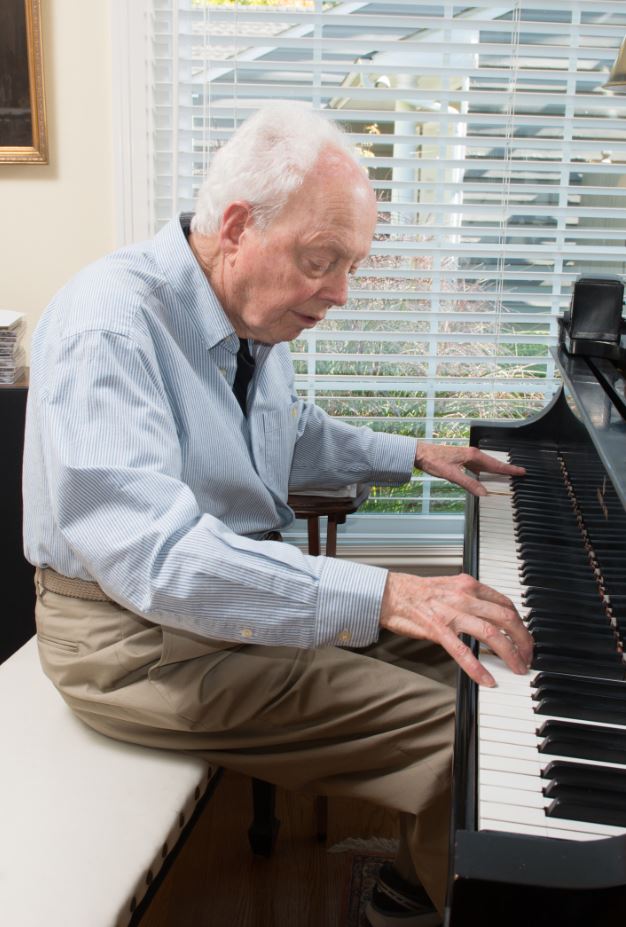