"This whole transplant team is just fantastic. I’m so thankful to have the Saint Luke’s Heart Institute here.” - Stephen White

As a beloved Leawood veterinarian, a deacon at his local church, and an active husband, father, and grandfather, Stephen White’s heart was full of love. Nobody, not even Stephen himself, would have guessed he was living with a condition that was slowly destroying his heart.

Stephen and his wife, Lisa, live in Leawood, Kansas. Together, they raised two daughters, Kimberly and Catherine, and are proud grandparents. Stephen’s heart issues began when he was 28 years old after he passed out during one of his first dates with Lisa. He went to the hospital and discovered he had a genetic mutation that made him prone to a heart conduction system blockage and eventual heart failure. He likely inherited it from his father, who died of cardiomyopathy at age 64. This discovery led him to Saint Luke’s Mid America Heart Institute cardiologist James O’Keefe, MD, whom he still sees regularly.

“I’ve had pacemakers and all kinds of procedures,” Stephen said. “But I’ve lived a relatively normal and active life working and raising a family.”

Everything was under control with Stephen’s heart health until August 2020. He woke up one day, did his normal daily routine, and suddenly felt light-headed during breakfast. It didn’t go away, and he knew something was wrong. Lisa called the paramedics, who identified that Stephen was in ventricular tachycardia, a condition where the lower chambers of the heart beat abnormally fast. They attempted to stop it with drugs, but were unsuccessful, so they took him to Saint Luke’s Hospital of Kansas City. At this point, Dr. O’Keefe suggested Stephen may have to consider a heart transplant because his heart was failing and the life-threatening arrythmia could happen again.

“I’m lucky because I could have been driving to work,” Stephen said. “If that hadn’t happened and I just kind of kept smoldering along, maybe something worse would have happened or they wouldn’t have thought about the transplant yet. It’s God’s mercy.”

Dr. O’Keefe referred Stephen to Saint Luke’s heart transplant program directed by surgeons Michael Borkon, MD and Jessica Heimes, MD and cardiologists Andrew Kao, MD and Taiyeb Khumri, MD. Because he had no other medical or surgical options and was otherwise a good candidate, he was placed on the transplant waiting list. Unfortunately, his heart continued to deteriorate further while waiting for a suitable match. An intraaortic balloon pump was placed to support his failing heart. Finally, he received the good news in June 2021 that a new heart was found.

“I just couldn’t do anything but cry,” Lisa said. “We’ve waited so long, and it was finally here, and we were ready. God had prepared our hearts because it was really scary in the beginning. Everything has been such a gift.”

Stephen had heart transplant surgery on Father’s Day June 20, 2021. Because he had had two prior open heart surgeries, the heart transplant operation proved challenging. Dr. Eric Thompson was the heart retrieval surgeon and left Kansas City before midnight to remove and bring the new donor heart back. After arriving in the OR with the new heart at 6:00 a.m., he scrubbed in and, along with Dr. Borkon, they performed Stephen’s heart transplant operation. It was the 900th transplant performed at Saint Luke’s Mid America Heart Institute. Lisa and their daughters sat in the waiting room while he was in surgery. Their priest texted Lisa that he had announced the news during mass and lots of people were praying for him.

After the operation, Stephen woke up pain-free. He stayed in the hospital for a while longer in recovery. With a new heart and a new lease on life, Stephen looks forward to going back to work, taking fishing trips, and playing with his granddaughter.

“The CVICU crew is unbelievable. Those nurses, oh my gosh. They’re encouraging, they’re compassionate, and they love what they’re doing. You can tell. This whole transplant team is just fantastic. I’m so thankful to have the Saint Luke’s Heart Institute here.” 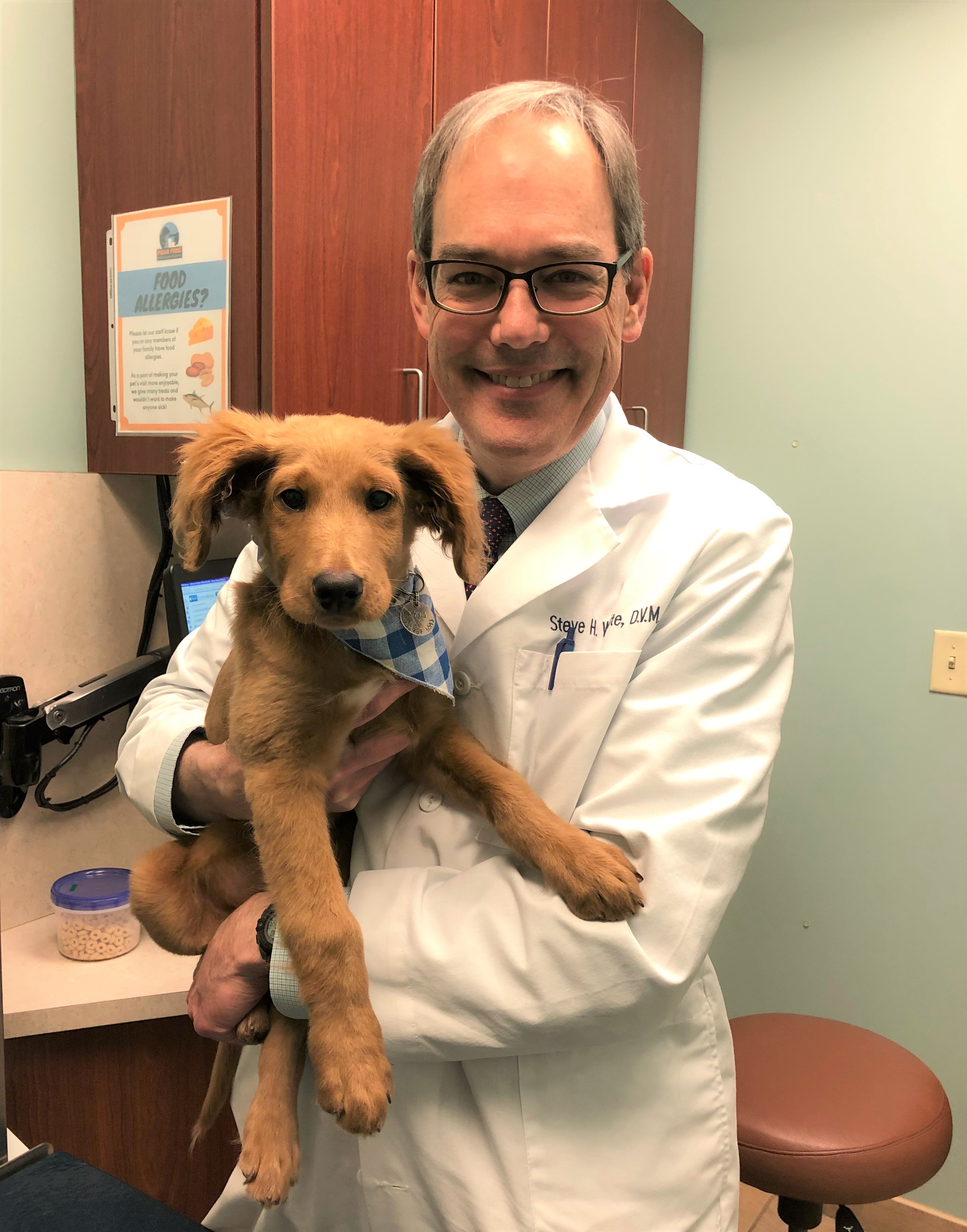 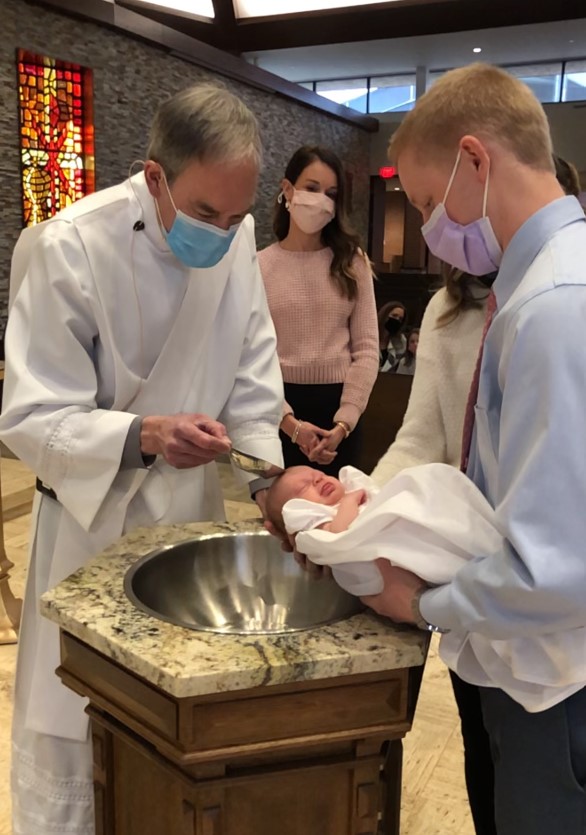 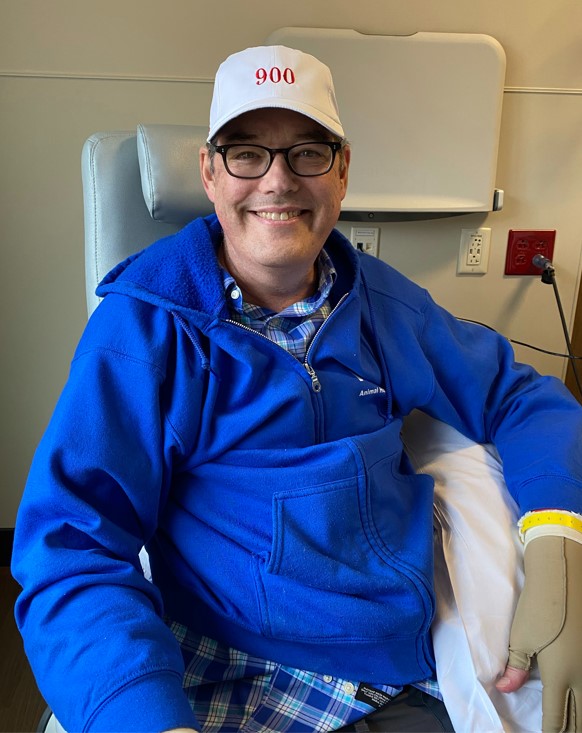