Every year, Ingram's, Kansas City' Business Magazine, honors the areas top physicians across hundreds of specialties. Out of more than 200 nominees, Saint Luke's Health System is proud that two Saint Luke's physicians were entered into this year's list of Top Doctors.

This year's 14 selected Top Doctors shared their observations about two dynamic drivers in modern healthcare-- technological improvements and the largest generation (Baby Boomers) of people with age-related health conditions than ever before.

Even though her father was a biology professor at Missouri Western and her mother was a medical technician, there was never any pressure at home to steer young Christine Boutwell into health care. “I wasn’t medically inclined, she says, “but I was always scientifically inclined.”

Boutwell is a vascular and general neurologist for Saint Luke’s neurological physician practice and its Marion Bloch Neuroscience Institute, where she indulges her twin passions for treating patients—particularly those suffering from stroke—and the underlying science behind that work in the institute’s clinical trials.

Her duties dovetail nicely with what she says was an innate desire. “I always wanted to fix everything,” Boutwell says. Some of that came from witnessing her mother’s daily challenges wrought by a case of childhood polio. “I grew up around those challenges, the difficulties, the pain and the suffering, which progressed as time went on,” Boutwell says. “Even when I was in medical school, she had a stroke on top of that. I’m sure on a subconscious level it drew me to that work, so people would not have to suffer like she did.”

In nearly 20 years at Saint Luke’s, Boutwell has been able to alleviate suffering on a scale undreamt of when she started. Years ago, she said, the practice of neurology “was largely cerebral: you confirm the diagnosis, but you didn’t really fix anything.” Today, neurologists can stop a stroke in progress, even reverse the effects of one if the timing and conditions are right. “We can do an intervention, save brain cells and people wake up and don’t even know they had a stroke,” she says.

Boutwell is especially interested in treatment and research of multiple sclerosis, and disorders like Lou Gehrig’s and Alzheimer’s diseases, and is able to apply scratch that research itch in her work at the institute. “All these clinical trials I’m involved with have to do, ultimately, with treating patients,” she says. “Patients are my No. 1 thing and that’s why I do what I do—to help people.”

When you’re young and looking for direction in life, Michael Main muses, “a lot of times, all it takes is somebody telling you that you’re good at something.”

At the University of Texas Southwestern Medical Center, that “someone” was a cardiologist, part of a cohort of physicians who Main says he respected the most while on his residency and fellowship rotations. “That’s kind of all it took,” he says.

Fast-forward 20 years, and this practicing cardiologist for Saint Luke’s Mid America Heart Institute is chairman of the cardiovascular division for the parent system’s physician group, co-medical director for its cardiovascular service line, is a prolific author of cardiology research papers and is a professor of medicine at UMKC’s School of Medicine.

This Iowa native was the first in his family to go into medicine, but getting there took some doing. “I went to college not sure what I wanted to do,” he recalls. Even into his senior year, he was exploring law school, intelligence work, and campaign roles in a presidential election year before casting his lot with medical school and cardiology.

Outside of software, medicine is perhaps the sector most impacted by innovation, and Main sees that in spades. With advances in treatment for heart disease, he says, “paradoxically, fewer people undergo open-heart operations. But outcomes have been outstanding; we’re able to accomplish that with a lot less morbidity. Patients often leave the hospital one or two days after a procedure vs. in the past, where they had a prolonged recuperation period.”

Those advances come as the Baby Boomers’ Grey Tsunami of age-related cardiovascular conditions sweeps across medicine. “We’re only seeing the first signs of that,” Main said. “With people living longer in the Medicare population, there is incredible demand for cardiovascular services” and meeting that demand isn’t merely a process of running faster in place, he says. “We need to embrace team-based care, not just cardiologists caring for patients. ... We’re not ever going to have enough cardiologists to do the job ourselves.” 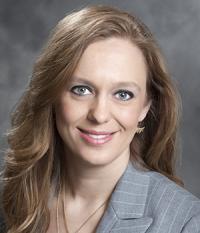 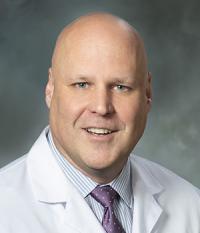